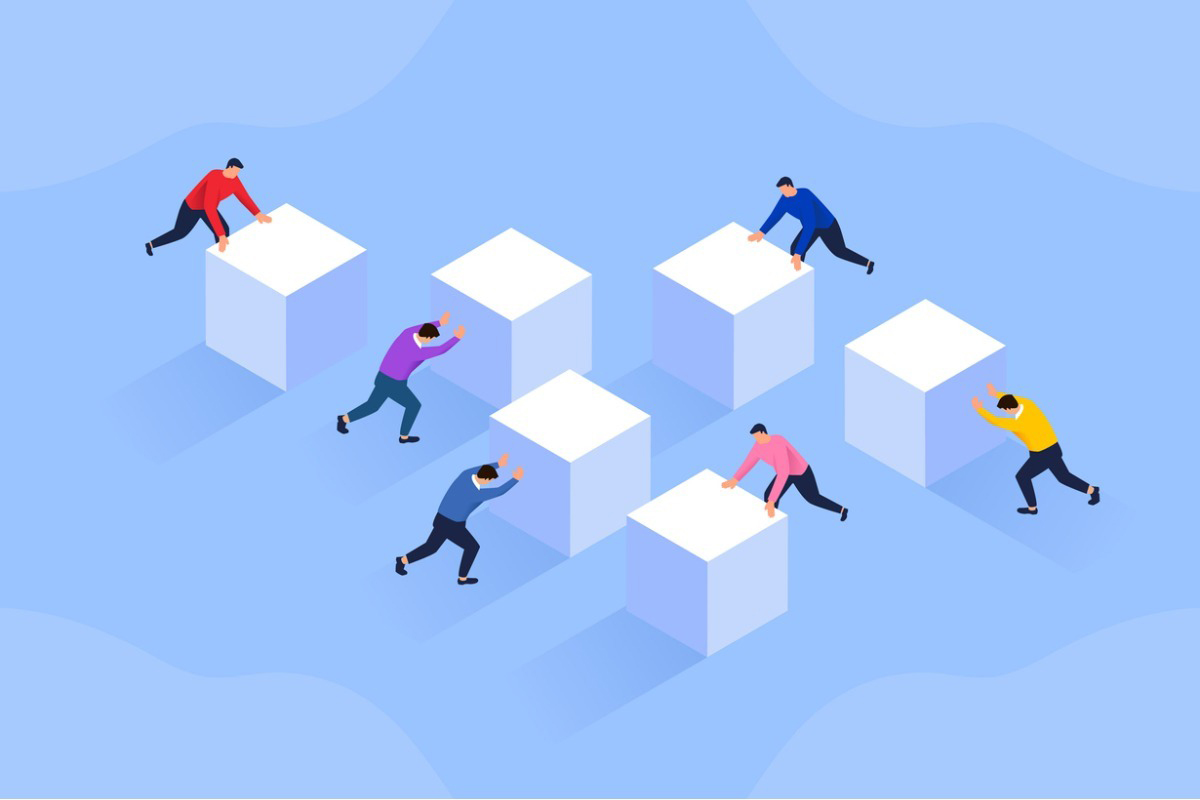 The U.S. Senate Committee on Banking, Housing and Urban Affairs convened remotely Tuesday morning for a much-anticipated hearing with about as distinctive a title as one ever sees on the Senate docket: “Who Wins on Wall Street? GameStop, Robinhood, and the State of Retail Investing.”

Per the usual protocol, Committee Chairman Sherrod Brown, D-Ohio, opened the hearing with several minutes of topical remarks, which were in turn followed by a brief address from Ranking Member Pat Toomey, R-Pennsylvania. Brown’s comments sought to put what was likely to become a technical conversation about market mechanics into terms that would resonate with those who are concerned about addressing income and wealth inequality. He spoke passionately about the impact the pandemic has had on less wealthy communities and minority groups, who often lack stock market holdings and who have not benefited from the market’s tremendous growth in recent years.

Toomey’s opening comments, on the other hand, focused more on praising the U.S. financial markets as a wealth-generating engine open to all Americans. He said it is important to address wealth inequity by getting more Americans invested in stocks and engaged in the financial markets through their workplaces and via new technologies.

Notably, both senators agreed the “meme stock” narrative that has emerged as part of the outsized volatility experienced this year by GameStop’s stock raises key questions of concern for the Banking Committee. The senators seemed to share one practical piece of middle ground: a desire to push the Securities and Exchange Commission (SEC) to allow for faster settlement cycles for stock market transactions. Both agreed that shortening the time it takes for trades to be processed could reduce risk by decreasing the volume of unsettled trades. Further, they said shorter settlement times would require brokerage platforms to hold less collateral, which could in turn reduce margin charges and other fees inevitably passed onto retail investors.

Speaking first, Fletcher said her field of research shows the smooth and stable operation of the capital markets has far-reaching effects that extend to consumer savings, investments, retirement plans and the rest of the real economy.

“The recent market volatility stemming from trading in ‘meme stocks,’ most notably GameStop, has raised concerns as to the integrity, stability and overall health of the markets,” Fletcher said. “Over the course of a few weeks in early 2021, GameStop—a struggling retailer of video games—saw its share price increase 1,500%, crash and then spike again. In the wake of the volatility of GameStop’s stock price, many investors (both large and small) have been left with significant losses and some market participants and members of the public wonder whether the GameStop volatility is the ‘new normal’ for the market.”

Fletcher added that market stability is both a technical concept as well as a psychological one.

Fletcher’s commentary put the meme stock issue in the context of everything that has come before it in terms of the perception of fairness in the stock market.

“During the 2008 crisis, banks received bailouts while ordinary citizens lost their jobs and homes, struggling to recover years later,” she said. “Likewise, with the COVID-19 pandemic, millions of Americans lost their jobs and their health, but public corporations earned unprecedented profits and the stock market continued to soar. The disparate impact of these two significant financial crises on ordinary citizens versus the economic elite, especially when coupled with the seeming lack of enforcement against corporate wrongdoing, have fomented the strong perception that the markets are titled in favor of the wealthy, the banks and the hedge funds.”

Fletcher then shared a few practical recommendations, saying the GameStop incident highlights the ways in which social media and technology have combined to push the limits of market regulations.

“First, Congress and regulators should hold traders accountable for their words and actions, even in the absence of explicit fraud,” she suggested. “Price distortion can occur without explicit fraud and, when it does, someone ought to be held accountable. There ought to be consequences for using internet platforms and social media to encourage others to buy/sell stock, if the result is a price that is so distorted as to be completely divorced from the company’s fundamentals. … Second, the SEC has traditionally relied on enforcement actions to address market manipulation. Punishing traders ex-post for their conduct has been an understandable approach in the past, but it is not as sound in the modern markets where herd behavior is swift and can be disastrous. In today’s markets, the SEC should explore the types of ex-ante guardrails needed to protect the markets from extreme price distortion that will undoubtedly leave destruction in its wake.”

Fletcher’s comments also addressed the concept of payment for order flow (PFOF), which is when a brokerage firm receives a third-party payment for directing orders to different parties for trade execution. The broker makes money through referring trades to market makers such as Citadel Securities to execute. Fletcher said the practice is problematic, in that it creates incentives that can divorce a broker’s financial interest from their duty to provide their clients with the best execution of their trade orders.

“Broker/dealers [B/Ds] are bound by a duty of loyalty to their clients,” Fletcher said. “This duty includes the duty to act in the best interests of their clients and obtain the best terms for their clients when executing trades. This duty of loyalty is delineated through SEC and FINRA [Financial Industry Regulatory Authority] rules, and numerous cases. PFOF directly undermines this duty by allowing brokers to route client orders based on agreements with third parties, allowing these third parties to profit at the expense of clients.”

Other witnesses, including Piwowar, suggested that conflicts of interest are indeed a serious problem, but they believe banning PFOF would only shift the problematic behavior to another area. The thinking is that if corrupt brokers cannot abuse their clients via PFOF, they will simply turn to using commissions or other means to generate excess income. Thus, the witnesses argued, the approach to tamping down conflicts of interest has to be more holistic and disclosure-based, rather than being so prescriptive as to ban PFOF outright.

Similar to the agreement seen between Toomey and Brown, the speakers seemed to agree that shortening the execution time of trades from two days to one day would be helpful for a variety of reasons.

Ghilarducci focused on the importance of workplace retirement plans and pensions in generating wealth for Americans at lower income levels, though, like the other speakers, she emphasized the clear and present need to get more people invested. Suffice to say, she is no fan of the Robinhood trading app at the heart of the GameStop controversy.

“Defenders of Robinhood and widespread trading have purchased stocks because in the COVID recession people who own stocks have done well, which heightens the fear of missing out for those not buying stocks,” she said. “The reality is they are being left out because they don’t have access to retirement accounts, which is where most of us who own stocks hold them. Retirement accounts are invested in diversified portfolios managed by institutional investors and professionals who can manage the risks that come with investments in private equity and other complex instruments. Unfortunately, more than half of workers do not have a retirement plan at work, which means many households do not have any investment in stocks or are accumulating private wealth for their retirement.”

Ghilarducci said successful investors know that time in the market and diversification, which are among the many benefits of professionally managed retirement plans, are what works.

“We need innovations in public policy to give more Americans access to what we know works: professionally managed retirement coverage that allows everyone to benefit from the stock markets,” she said.

Among the many other elements discuss by the witnesses was the issue of high-frequency trading and how a financial transaction fee could potentially reduce such practices. Robasciotti made the argument that the typical retail investor would pay little because of such a tax, depending on how it is structured, while algorithmic traders who have been shown to cause excess market volatility would be forced to change their practices to be more deliberative.

The speakers also discussed whether regulators such as the SEC and FINRA should aggressively investigate whether any fraud or other securities law violations occurred as part of the GameStop volatility. Several witnesses said the trading platforms and professionals involved deserve scrutiny, while individual retail investors and even those who encouraged others to buy into the frenzy, as it were, were not in fact acting in bad faith.

Vollmer put the second point this way: “My understanding is that the WallStreetBets crowd was engaged in group behavior that was in part to stymie some short sellers, in part to identify with the other members of the group and in part to have some entertainment. Most were not buying and selling GameStop based on an assessment of the likelihood of profit at the company (although some were), but those buying without analysis of the fundamental value of the retailer knew what they were doing, were not misled and knew they could lose money.”

« Investors Expect Their Advisers to Be on Top of Latest Technology