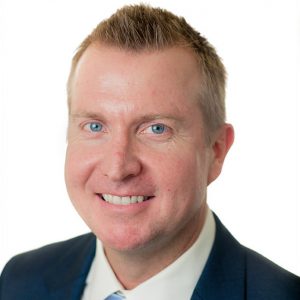 Since Pensionmark Financial Group won the PLANSPONSOR Multi-Office Adviser Team of the Year award in 2013, the practice’s focus has largely remained the same, says Troy Hammond, founder and CEO.

“What I mean is that we have always tried to be at the forefront of many trends,” Hammond says. “We started a call center in 1991 as a move towards a focus on participant outcomes and holistic financial wellness. I wish I had trademarked that, given how the industry has developed. Taking care of participants has been in our DNA. What is also important to us is how we deliver our service.”

Another theme continued since 2013 is that Pensionmark remains an “aggregator” firm, meaning the firm is interested in bringing other independent advisers into its brand.

Hammond says that making Pensionmark an aggregator stemmed from his background in technology. It occurred to him that by leveraging collective resources, Pensionmark advisers could together serve sponsors and participants more efficiently.

“I said to myself, ‘There is a better way to do this.’ By building the infrastructure and scaling technology, we have been able to deliver better service to clients at a better price point. This scale has allowed us to grow exponentially since 2013,” Hammond says.

Hammond notes that he joined Pensionmark in 1990. Between that year and 2008, Pensionmark operated as a single advisory firm with a wealth management division on the side. But in the years leading up to 2008, Hammond started exploring the possibility of becoming an aggregator by speaking to advisers about the firm’s scalable infrastructure and how, by tapping into this, other advisory practices could be free to seek additional business. The reception was so strong, Hammond says, that Pensionmark started its aggregation model in 2008.

Looking back at how this has enabled the firm to grow, Hammond says the numbers are “breathtaking.” In 1990, for example, Pensionmark served a mere five plans and onboarded five additional plans that year. By 2008, the practice had 100 clients. Today, Pensionmark serves 3,600 plans from 71 offices across the country. 401(k) plans remain the core business in each of these offices, but the Pensionmark network of advisers includes many specialists in such areas as cash balance plans and nonqualified plans, Hammond notes.

In terms of assets under advisement (AUA), in 1992, Pensionmark first crossed over the $1 million mark.

Even this year, with the world facing the coronavirus pandemic and so many businesses being locked down, Hammond notes, Pensionmark attracted five new offices in the second quarter. Hammond believes that more advisory practices realize the value of joining an aggregator with so many resources, and the pandemic is just accelerating that trend.

“Today, we have efficiencies in every area,” Hammond says. “For example, we have a whole team of people handling investments, and within that, quantitative and qualitative specialists and people who specialize in vendor management. While our core DNA has not changed, our sub-specialization has.”

As far as Pensionmark’s relationship with strategic partners is concerned, Hammond says, one thing that really sets his firm apart from other aggregators is that it takes no soft dollars from other service providers. Rather, Hammond says, because his practice has nearly $50 billion in AUA, Pensionmark operates from a position of great strength to be able to negotiate better prices from investment managers, recordkeepers and third-party administrators (TPAs) for its clients.

“We offer something many other advisers cannot,” he says. “In all cases, we deal with key account people at our strategic partners and can have much better conversations with them than smaller companies can. As a result, we can bring in a target-date fund or a recordkeeper in five basis points lower. Leveraging those relationships not only to get better prices, but better services, is a big part of what we do.”

As to how the industry has evolved since 2013, when Pensionmark won the PLANSPONSOR award, Hammond says there has been consolidation in all areas of the business—be it among asset management firms, recordkeepers or advisers.

Hammond believes the fee compression that has affected all of the players in the retirement plan industry has prompted companies to look for additional ways to generate revenue, and that this has only made fee compression worse.

“Everyone doing everything is a little much, and this also creates confusion for plan sponsors,” he warns.