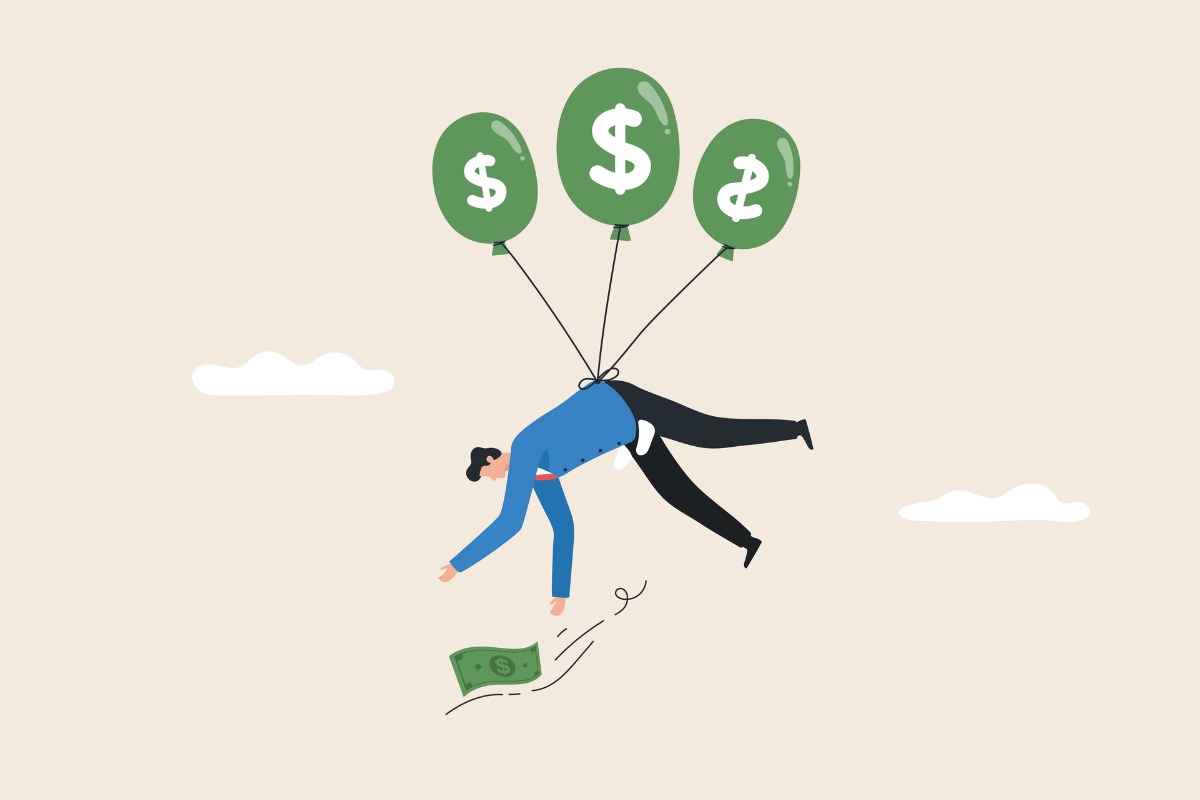 Managing rising inflation is causing 54% of Americans to reduce or stop socking away retirement savings, according to a new survey by Allianz Life.

The Minneapolis-based insurance division of Allianz heard from 1,004 respondents that 43% of them had to dip into retirement savings to meet rising costs. Meanwhile, 75% said they’re worried the cost of living will impact their overall retirement plans, according to the September poll.

Half of retirement savers pulling back is “a real big number,” says Kelly LaVigne, vice president of consumer insights at Allianz Life, who oversaw the survey. “That’s a serious concern, there’s no doubt about it. Unfortunately, it’s absolutely at the wrong time as well, because if we look at where the market is right now, you’d be buying things at a discount.”

The survey adds to recent research from Pew showing that inflation is the top concern for many Americans as the country nears mid-term elections in which a Democrat-led Congress is battling to keep its majority in the House and Senate. While average wages have increased along with rising inflation, real average hourly earnings (adjusted for inflation) decreased month-over-month for the 18th month in a row through September, according to the latest data from the U.S. Bureau of Labor Statistics.

LaVigne noted that the survey was of a general pool of Americans, and that people in an employer-sponsored retirement plan may be less likely to be changing their contributions, as 401(k)s and similar plans tend to be “set it and forget it.”

He says it makes sense that Millennials were the most likely to say they stopped or reduced retirement savings (65%), as they face costs including homes, childcare, and starting college savings for kids. About 40% of Baby Boomers, by contrast, said they were cutting back on savings.

A separate survey released Thursday by PLANSPONSOR (a partner publication of PLANADVISER) found that about 18% of workers enrolled in employer-sponsored defined contribution (DC) plans have either decreased or stopped deferrals into the plan. That lower figure suggests workers enrolled through their employer – whether part or full-time – are more likely to stay at their set level of retirement saving, at least in their plans.

Accurate data about retirement plan contributions and withdrawals aren’t available yet for analysis, says Peter Brady, a senior economist for retirement and investor research at the Investment Company Institute (ICI), an association of investment funds based in Washington D.C. ICI does, however, survey retirement plan recordkeepers that combined have more than 40 million participants in employer DC retirement plans. That most recent survey broadly found that participants stayed the course amid inflation and the market decline.

“This is consistent with what we know of 401(k) savers,” Brady says. “They tend to be pretty steady.”

The ICI survey showed that both contribution and withdrawal data stayed essentially the same in workplace retirement plans compared to the first half of 2021. Recordkeepers reported an average of 1.6% of participants stopping contributions, up from 1.1% in the same period in 2021. About 3.5% changed asset allocation of their contributions, down from 4.5% the year prior, and these changes may have been either increases or decreases in contribution.

Total U.S. retirement assets themselves did take a big dip due to overall market decline, falling 10.2% in Q2 as compared to the start of the year, according to ICI’s latest data. The drop in value for retirement savings, Brady says, is due to the markets, not retirement savers pulling back from their employer plans.

“It’s the existing assets that is wagging the dog,” he says.

“It’s understandable that Americans’ confidence in their retirement security is waning,” Kristi Martin Rodriguez, senior vice president of the Nationwide Retirement Institute, said in an email. “Their monthly expenses have outpaced their personal income growth.”

According to a survey that the Columbus, Ohio-based insurer Nationwide released in August, almost one-fifth (17%) of U.S. parents have decreased their retirement plan contributions, withdrew funds, or took a loan from their retirement savings as a result of inflationary pressures.

“While people are understandably looking for short-term relief to manage rising costs, it’s important for them to remember that touching their retirement savings should be a last resort,” Rodriguez said. “And if they do absolutely need to scale back or dip into their contributions, they should look to replenish them as soon as they get back on their feet. Employers can serve as critical educators for workers on these topics.”

The discussion of retirement saving amid inflation comes as policymakers are seeking continued reforms to the national retirement system to add to 2019’s The Setting Every Community Up for Retirement Enhancement (SECURE) Act. On Thursday, U.S. Senators Rob Portman (R-Ohio) and Ben Cardin (D-Maryland) published an op-ed in The Hill calling for passage of legislation that would make moves including expanding a savers’ tax credit to lower-income earners to put away more for retirement, as well as boosting a tax credit to small businesses for offering a retirement plan to workers.

The IRS also took steps last week to increase the amount of retirement savings that can be tax-exempt, moving the annual contribution limit for workers in certain retirement plans from $20,500 to $22,500, as well as an increase in IRAs from $6,000 to $6,500.

According to the Allianz survey, Americans may not be in the mood to boost retirement savings anytime soon. In addition to inflation worries, 62% said they believe a recession is imminent. This is causing 71% of people to keep some money out of the markets to protect it from loss, the survey said.

The worries over retirement savings are also adding to the majority of Allianz’ survey respondents (78%), saying they are open to a guaranteed lifetime income option, such as an annuity, as part of their retirement strategy.