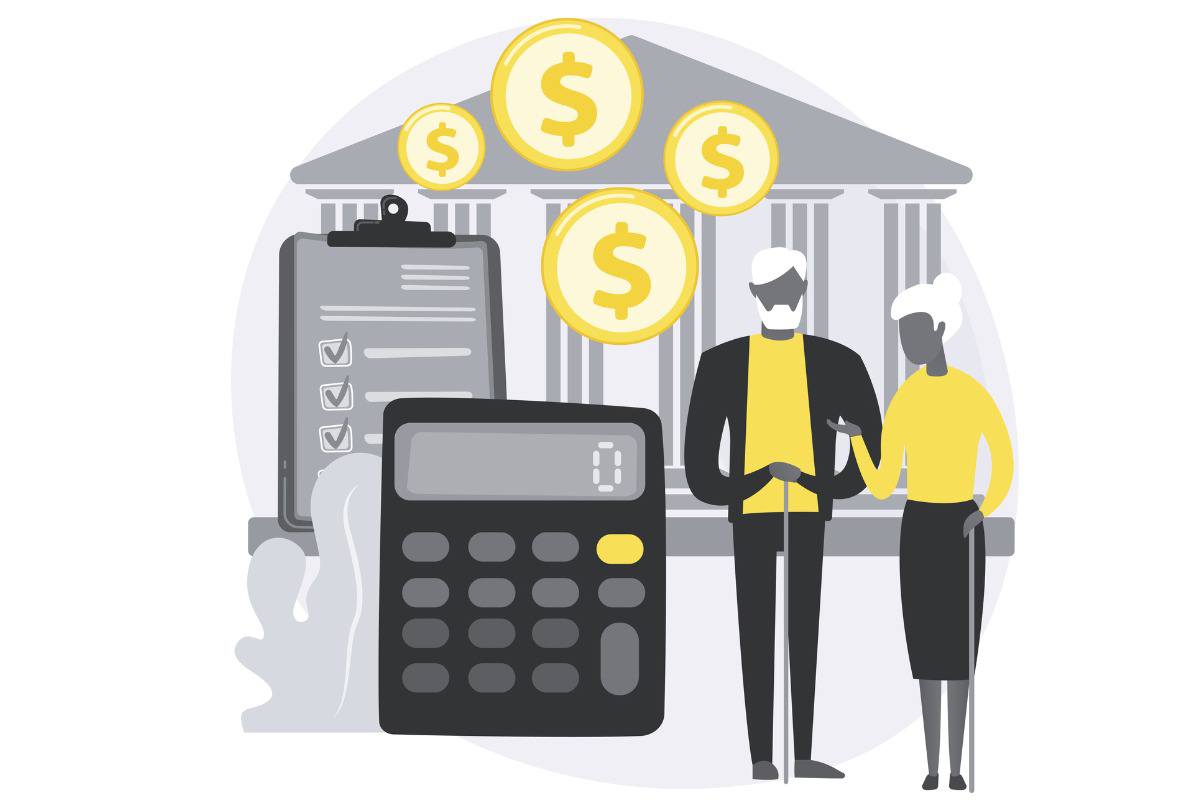 For over a decade, retirement savers have gotten used to growth in equities and relative stability in fixed income. Even the pandemic-induced market crash was relatively short-lived. Then came persistent inflation—not transitory, as the now infamous guidance went—and a rare drop in both stock and bond values.

When retirement plan participants, especially if they are in or near retirement, see drops in their retirement portfolios of 20% or more, it can cause panic. It can also drive investors—and their advisers—to protective options such annuities, says Todd Giesing, an assistance vice president at LIMRA, which tracks annuity sales.

“It’s a unique set of economic circumstances,” Giesing says. “Investors don’t have anywhere to hide. Typically you would shift portfolios, but this circumstance has people looking for protection.”

Many retail investors and their financial advisers appear to be seeking that protection in annuities, a long controversial, but evolving tool that can be used as a guaranteed paycheck. According to a LIMRA report released Thursday, individual annuities had a record-breaking run in Q3, with sales jumping 27% to $79.6 billion.

Much of the increase was driven by investors seeking protection from volatile markets with the purchase of fixed-rate deferred and fixed indexed annuities, LIMRA said in the report. The Connecticut-based insurance industry association said it expects the trend to continue for the next several years.

Retail annuities, however, are often said to be sold, not bought. This is in part because of their complexity, in part due to the fees attached to them, and in the case of everyday retirement savers who may be interested, their absence from employer-sponsored plans.

The 403(b) plan market, which serves public organizations and non-profits, has used annuities to provide a retirement income option. But 401(k) providers, and their advisers, are still far from  implementing them in large scale, according to industry watchers such as David Kennedy, a senior analyst with the retirement practice of research and consultancy Cerulli Associates.

“It seems like the industry is pretty heavily in the development phase,” Kennedy says. “But it’s an interesting time, with people living through the 2020 COVID-related market crash, and now this bear market. The fear factor is front and center and it’s fresh. There really has never been a more prominent time to make this value proposition.”

A recent survey of over 1,000 plan participants by Atlanta-based investment management firm Invesco found that 94% of them wanted a guaranteed income solution that provides “stable, predictable income.” Meanwhile, 83% said they expect their defined contribution plan to be their largest source of retirement income.

An in-plan annuity, in theory, meets the need for a fixed-income option to supplement social security. But locking a participant into an annuity can feel risky to advisers, says Nathan Voris, director of investments, insights and consultant services for Schwab Retirement Plan Services in Richfield, Ohio.

“One concern advisers have is the fiduciary risk,” Voris says. “These are, in essence, a new asset class, and if an adviser doesn’t have an insurance background this is new territory. There’s a knowledge gap … and to actually do it correctly, you have to have multiple solutions, education, content, in-plan and out-of-plan options. It isn’t one-size-fits-all, and that bigger solve takes longer.”

Recent policy changes have made in-plan annuities less onerous from a regulatory perspective. The Setting Every Community Up for Retirement Enhancement (SECURE) Act passed in 2019 included a provision that “allows employers to more widely offer annuity options within 401(k) plans.” Product development, however, has been slow, according to LIMRA.

“We’re in the early stages of change,” Giesing says. “We expect to see stronger growth on the retail side as opposed to the institutional side, but there is significant opportunity because of the success of the retail side. It will be interesting to see how fast this cycles through in the employer plans.”

Products have been on the market for years. Principal Financial Group launched its Principal Pension Builder back in 2015, BlackRock came into the space in 2020 with its LifePath Paycheck, and J.P. Morgan Asset Management launched SmartRetirement Plus starting with an AIG annuity in 2021.

Fidelity announced an offering with MetLife in 2019, though it made a splash in 2021 with its “Guaranteed Income Direct,” a new retirement income product that allows participants to convert a portion of their 401(k) or 403(b) into an annuity. That product won’t be available, though, until next year, a Fidelity spokesperson told PLANADVISER.

Boston-based Cerulli put out recent research showing that annuities are gaining steam as a guaranteed paycheck option within target-date funds (TDFs), often seen as a set-it-and-forget-it glide path to retirement. The report found that defined contribution plan consultants are most likely (68%) to recommend TDFs with a guaranteed income component.

Embedding a guaranteed income option in a target date or default structures is a tactic that has been part of 403(b) plans, and is now gaining more interest among corporate retirement plans, according to Tim Pitney, managing director of institutional investments distribution at New York-based TIAA.

“It’s basically the reconstruction of a TDF, but instead of using bonds you’re using a liquid fixed annuity with near-zero volatility,” Pitney says. “The inclusion of the annuity takes out some of the risk from a typical bond allocation, especially for those people that are at or near retirement. Then in retirement, the annuity allows the participant to create their own personal pension with guaranteed income.”

TIAA has paid out more than $500 billion in retirement benefits to participants in higher education and other non-profit fields, the firm says. In 2022,the firm launched its first annuity-backed fixed income product for the corporate retirement market, called the TIAA Secured Income Account.

Through its educational and non-profit plans, TIAA will have over 250 clients by the end of the year with in-plan annuity options embedded into the default, and plan sizes ranging from the tens of millions to billions in assets, according to Pitney.

“We’ve crossed a rubicon of sorts,” he says. “We’ve proven that this kind of solution can be scaled.”

There are industry arguments that annuities are not the answer to a DC-based retirement system.

New research from The Morningstar Center for Retirement and Policy Studies found that annuities “do not add much value when an investor is already well-prepared for retirement.” The report found that the benefit of Social Security bridging—or delaying claims until the maximum age possible—along with adjusting asset-allocation is a better strategy for managing risk.

Meanwhile, retail annuity carriers will be focused on meeting the boom in demand, says Giesing of LIMRA.

“It happened so fast,” he says. “Some carriers are just scrambling to keep up with the volume.”

« SEC Proposal Calls for Vetting of Outsourced Services by Advisers