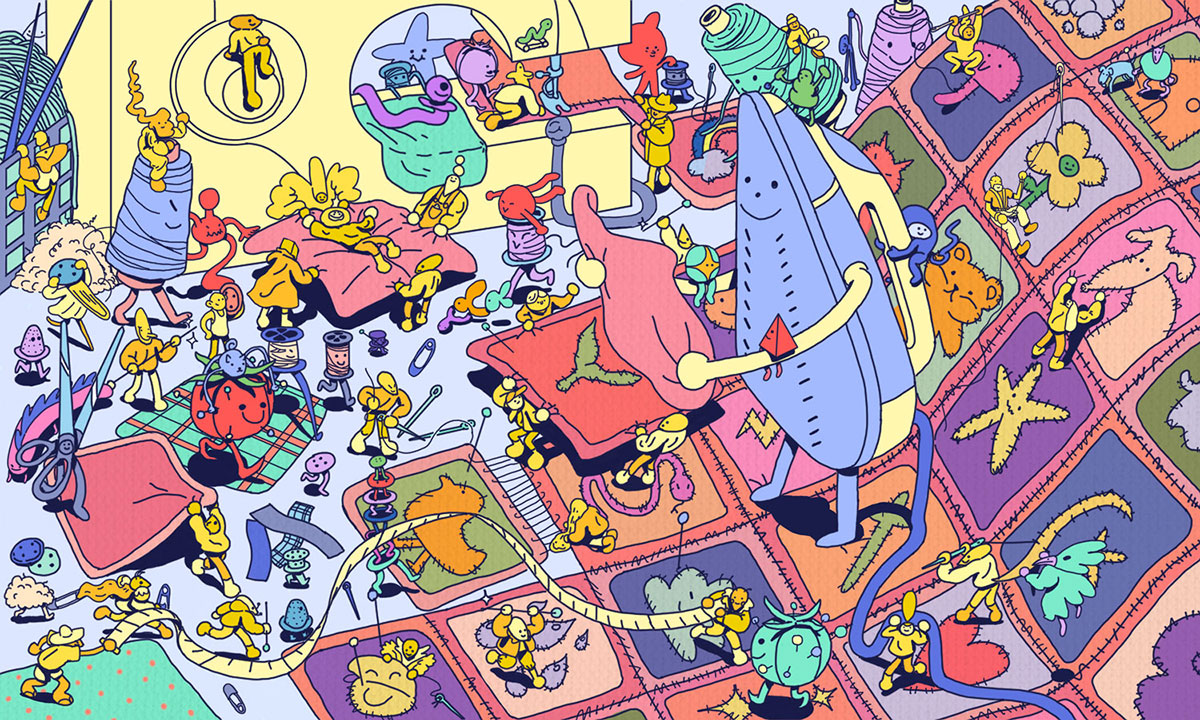 Retirement plan advisers with any significant experience will have run into the fundamental question of how to structure a practice that can effectively serve both private wealth management clients and institutional retirement plan clients.

Not all advisers choose to work on both sides of the business, of course, and the firms that choose to specialize only in institutional or private wealth services give a variety of reasons for not stepping across the aisle. These reasons are changing over time with the defeat of the Department of Labor’s fiduciary rule reforms last year—and with the ongoing work at the Securities and Exchange Commission on its own conflict of interest regulations—but many retirement plan specialists say they do not plan to shift their focus, even if the regulatory environment is easing under the Trump Administration.

Other firms, including CAPTRUST, are eagerly building business models that can support advisers working with both private wealth management and institutional clients. They say that serving retirement plans and private individuals does not mean a firm will be aggressively soliciting rollovers or engaging in other potentially problematic cross-selling behaviors barred by the Employee Retirement Income Security Act (ERISA). Instead, they say building a firm that does both private wealth and institutional retirement plan business is about creating a holistic service ecosystem that clients want and need, especially as the defined contribution (DC) plan system matures and becomes a key component of individuals’ retirement income.

“When I talk to a lot of our institutionally focused peers, they’re all trying to figure out their relationship with the wealth management space,” says Rick Shoff, managing director of the CAPTRUST Advisor Group. “We are going down the route of doing both private wealth and retirement business because we know that, ultimately, all the people we are helping within the institutional plans, they’re eventually going to have to do something with that money. For that reason, we believe that being holistic is important for our future and for our clients’ wellbeing.”

According to Shoff, CAPTRUST was built with this holistic vision from the beginning, and the approach is increasingly being adopted by other firms. He adds that, for CAPTRUST, putting a holistic business model into action has caused the firm to engage in a very aggressive amount of merger and acquisition (M&A) activity in recent years. He expects as many as five possible mergers for 2019; the firm in fact announced three new acquisitions in the last month alone.

One firm that was brought most recently into CAPTRUST is Watermark Asset Management, based outside of San Francisco, which “handles individual client accounts with a high-touch approach” and has $400 million in assets under advisement across nearly 400 clients. On the other hand, the newly acquired Rogers Financial, out of Harrisonburg, Virginia, is an institutional advisory firm that advises on more than $2.5 billion in assets for 35 retirement plans. Underpinning its holistic vision, the firm announced these two acquisitions at the same time, although the incoming firms are themselves quite different.

Less than a week after these deals were announced, the firm noted it was bringing on board three new partners and supporting team members from the Atlanta-based and institutionally focused firm FiduciaryVest. The FiduciaryVest team, led by Philly Jones, brings more than $13 billion in client assets under advisement to CAPTRUST and will assume the company’s brand as part of this merger. One interesting point in this deal is that a remaining partner and his team will continue to operate independently under the FiduciaryVest name—ostensibly to keep the focus on pure institutional business.

“Part of why our M&A activity is getting the attention is that people know it’s hard to do both private wealth and institutional business well,” Shoff observes. “We agree that it is a challenge, but we know it is one we can solve as a unified firm. Our clients understand and support our M&A goals, as well. They know there has been a huge accumulation of wealth in DC plans, and there is not really much of an infrastructure at this point to help people spend down these assets.”

Asked what additional M&A activity the longer-term future could bring, Shoff says the target remains three to five acquisitions per year over the next five to 10 years. Organic growth is “still the main event,” he adds, which means going out and finding clients and keeping the promises made to existing clients.

Context for these projects can be found in Fidelity’s recently published 2018 Wealth Management M&A Transaction Report, which analyzes merger and acquisition activity in the space for the full year. According to the report, 2018 transaction numbers were actually down compared with 2017 figures—though assets in motion were up. In total, Fidelity says there were 95 transactions totaling $563.4 billion in 2018. This figure is down 13% from 2017, but that number hides the fact that the assets transacted more than doubled—up from 2017’s $265.5 billion—across the registered investment adviser (RIA) and independent broker/dealer (IBD) channels. At year’s end, RIAs accounted for 87 of the 95 wealth management transactions.

“Overall, but particularly in the RIA space, 2018 was a seller’s market,” Fidelity says. “It remains to be seen whether the market’s volatility and recent decline will shift to again favor well-capitalized buyers, and how that would impact the valuations sellers have enjoyed of late.”

Shoff says there has indeed been a lot of talk over the years about consolidation in the adviser space, but from where he sits, consolidation is “definitely starting to accelerate in a real way.”

“We still have to go out and earn this business, scratching it out of the dirt, as they say. But there is no doubt that it is getting harder to be fully independent, because there is growing complexity to be in this business and clients are demanding so much more,” Shoff says. “And advisers are getting older, frankly. So there are a lot of reasons we believe the pace of M&A activity will pick up even more.”

As Shoff observes, the motivation for why institutional firms may want to bring on wealth management expertise and to start to build out that type of client service infrastructure is baked into the aging demographic trends of the U.S. and the fact that DC plan assets have grown exponentially in recent decades. But what benefit do the wealth managers see in joining forces formally with retirement plan specialists?

“What we have seen in the private wealth space is that it is hard to get a competitive advantage over your peers if you are purely doing traditional wealth management services,” Shoff says. “When a wealth firm joins CAPTRUST, they are naturally going to be in much closer proximity to the DC plan assets than they otherwise would be. Our major advantage on the wealth management side is that we have all these institutional clients that already know us and trust us. Let me be clear, we are a fiduciary on both sides and we do the right thing by all our clients. We will never be in the business of aggressively capturing rollovers. I’m simply saying there is a big need for pure wealth management out there beyond the retirement plans we focus on.”

Shoff says the relationship between private wealth clients and institutional business will always be somewhat nuanced, as there are very important conflict of interest considerations to be weighed and resolved under ERISA.

“When we say we’re not in the rollover business that means we’re not out there aggressively soliciting rollovers—that’s just not what we do,” Shoff continues. “If a plan participant down the road decides their best interest is to move their money out of the plan and to invest with us, our increasing wealth management capabilities mean we can facilitate that and continue to prioritize the client’s best interest. I think there are firms out there that do not think about wealth clients and retirement clients in the same way. They think they can just get in line first for the rollovers. We don’t think that way because we know our clients would not respond to that.”

According to Shoff, another part of the motivation behind bringing in wealth management firms is that participant-level advice services is the fastest growing segment of the CAPTRUST business at this stage. This fact underscores the notion that people need individualized help in knowing what to do with their accumulated assets, both during their working years and as they enter/navigate retirement.

“We’re giving them individual holistic advice, not just advice on what’s in the plan, but on whatever assets they might have,” Shoff says. “And the client is paying us a fee to do this, which is separate from managed accounts, I should note. A lot of recordkeepers and advisers are launching their own managed accounts as one way of delivering individual advice at scale—but we’re not approaching it that way. We are getting paid a fee and for that fee we deliver this holistic advice.”

Asked what sources of drag Shoff thinks could prevent CAPTRUST from hitting its growth targets in coming years, he points to a few different but interrelated areas.

“If you look at our strategic priorities, our No. 1 goal is adding great adviser talent,” Shoff says. “We have a strong business structure in place, and the need and demand for our services is there and growing. So from that perspective, our biggest challenge is continuing to find and to resonate with the strongest adviser talent. If we can do that, as we have, we will remain successful, because there has never been a better time to be an adviser.”

“The succession planning discussion is a tailwind for us,” Shoff concludes. “It’s harder than people expect to transition a business ownership, and doing it internally is even harder. The chances of a really great adviser finding someone within their own team to step up and fill their shoes—it’s just really hard. Most of the talent on the institutional side is very unique and dedicated, so they are hard to replace. This is a part of when you don’t see very many intergenerational hand-offs on the institutional side. It’s more common on the wealth management side, I think. Sometimes I think advisers believe leaving their business will be an easy and natural transition, but that’s not how it works in many cases.”