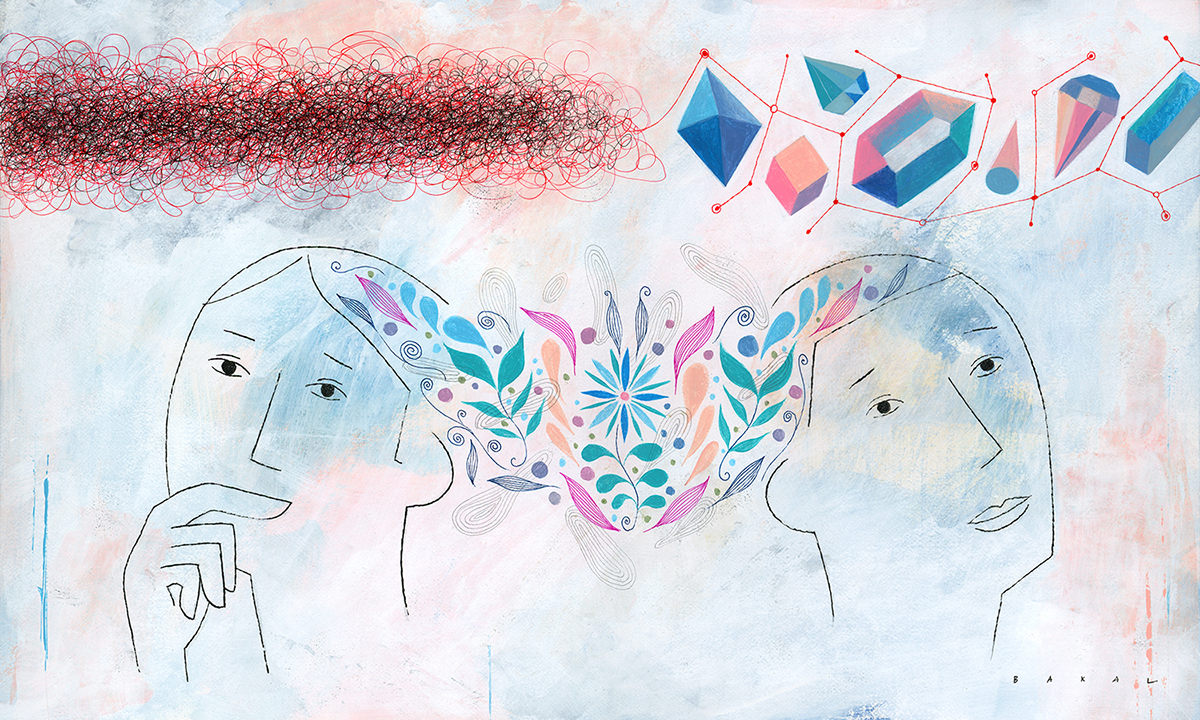 According to Pierre Caramazza, head of the private wealth division at Franklin Templeton Investments, developing a succession plan is “one of the most important activities registered investment advisers (RIAs) can undertake.”

Like other RIA industry analysts and executives, Caramazza recommends independent advisers who have not recently considered the topic of ownership transitions and succession planning do so now. To help guide advisers through the process, Caramazza just published an extensive white paper on the subject, aptly titled “Keys for Successful Succession Planning for RIAs.”

“A significant number of RIA firms are contemplating a change in ownership over the next five years, with most anticipating an eventual acquisition, merger or buyout,” Caramazza says. “It’s never been more of a seller’s market, with informed estimates putting the ratio of buyers to sellers at around 50 to one.”

Nonetheless, Caramazza notes, buyers will still play a “dominant role” in transactions when sellers come to the table unprepared. Sellers who haven’t made real progress on preparing a firm for sale may be challenged when it comes to receiving the full valuation on an otherwise attractive firm.

Echoing the findings of other analyses, Caramazza’s white paper says the seller’s market is likely to continue for some time, and potential buyers are being selective.

“They emphasize total AUM [assets under management], revenue and profitability, as well as compatibility in firm cultures,” Caramazza says. “In fact, organizational culture is a primary decision criterion when transactions are under consideration. Finding a cultural disconnect at the 11th hour has become a deal/breaker in more than one major transaction.”

Even as some deals are inevitably derailed, experts agree merger and acquisition (M&A) activity in the advisory and brokerage industry is likely to increase dramatically over the next five to seven years. For RIAs who want to take advantage of this trend, succession planning will play an important role in securing the best terms in any transaction, Caramazza says.

“Developing a succession plan is a time-consuming and ongoing process,” he warns. “RIAs who want to guarantee the future of their firms, the best interests of their clients, and the well-being of their employees should make succession planning a priority.”

Advisers in larger practices are more likely to have a formal plan, with 60% of advisers in firms with $500 million or more in assets under administration (AUA) having one. Among firms with less than $50 million, a mere 13% have one.

According to Caramazza, potential buyers are looking to capitalize on sellers’ “need for speed” brought on by poor planning. Some buyers also appear willing to wait for valuations to decline, he explains, perhaps driven by an anticipated downturn in the markets’ fortunes.

In his paper, Caramazza cites another expert on the topic, David Grau, president and founder of FP Transitions, a firm that helps advisers with succession planning. According to Grau, the sellers’ market is actually nothing new—and the climate hasn’t really helped individual sellers as much as one might presume.

“It’s been a seller’s market for 20 years,” Grau says. “Sadly, buyers still dominate it, though, because they come to the table more prepared.”

Internal Succession Can Be Difficult

Caramazza says veteran consultants believe that succession planning should begin at the founding of a firm. A real, actionable plan can take three to five years to solidify, he adds, and should continually be updated.

“A lack of readiness undermines a would-be seller in numerous ways,” he warns. “Many buyers want to know that would-be sellers have a next generation in place, which places emphasis on the need for RIAs to institutionalize their firms. But, only 11% of RIA sellers say that institutionalizing their investment process and building in-house investment management capabilities are among their three highest priorities over the next three years.”

“Relatively few independent advisers really understand the difference between creating an internal succession plan and an external sale of the business,” Grau says. “A full succession plan is sophisticated; there are a lot of intricacies involved. It takes a diversified team to look at the problems and solve them from a variety of angles.”

In Grau’s experience, “almost every RIA’s preference would be to go the internal succession route.” The appeals are obvious, he says, and include ongoing cash flow, the satisfaction of continued work if the owner so chooses, and “seeing what they built live on in something like its current form.”

According to Grau, only about a third of those who desire internal succession plan effectively and succeed on their own terms. Another third “begin to run out of runway and have to accelerate their plans and their own departure, with internal successors.” The final third must sell to a third party or merge.

“Sometimes, they just don’t have the time, enough talent, enough business acumen, growth rates, cash flow, and so on,” he says.

“Consultants note that psychology plays a role in transitions, too,” Caramazza says. “RIA leaders, they say, tend to overestimate the strength of their relationship with their clients, one factor in their strong tendency to overvalue their firm and underprepare for their eventual exit from the stage.”

According to Caramazza, the “centrality of culture” in finding the right fit between would-be buyers and sellers has become increasingly clear to industry observers.

“The complexity of defining and determining ‘culture’ itself is another key challenge,” he says. “In a recent Franklin Templeton survey, sellers placed the financial well-being of their clients at the top of the list of primary decision criteria for assessing a buyer or merger partner, followed by organizational culture. Potential buyers, meanwhile, seem somewhat less focused on new employees absorbed in a deal. A little less than half say they ‘usually’ include employment commitments to an acquired company’s professional staff.”

Who’s Doing All the Buying?

Near the end of January, PwC released its quarterly Deals Insights report, offering a detailed analysis of merger and acquisition activity ongoing within the asset and wealth management industries.

According to the PwC partner, there are two other important takeaways from the new report for retirement plan advisers. First is a “blurring of the lines” between firms considered to be asset managers versus insurers. Peterson noted how the insurance company sector is pursuing more acquisitions of complementary businesses that formerly would be considered to be part of the wealth management or asset management sectors.

“There are insurance firms and alternative managers that are looking for opportunities to generate excess value for clients while also expanding their reach,” Peterson said. “We have seen firms going out and buying blocks of advisers to add to the equation. Of course, their challenge is going to be retaining these advisers over time.”

The second takeaway is the growing importance of minority stakes being taken in asset management and wealth management businesses—for example when a private equity firm or larger, established provider makes a minority investment in a smaller, independent wealth management firm.

“We are seeing a lot of these large funds come in and make minority investments in small shops,” Peterson noted. “For the firms receiving such investments, they gain a new source of capital and a real succession planning opportunity while also remaining independent. We see mutual benefits to both sides of the equation with this strategy, which is why a lot of big names are getting involved in this space. We don’t think we will see a reduction in this type of deal anytime soon.”

When thinking about succession planning, RIAs can look to some recently enacted M&A activity as another source of guidance. One example that may be particularly illustrative for retirement plan-focused advisory firms is the acquisition of Sheridan Road, the Chicago-based advisory firm with more than $14 billion in assets under advisement, by global insurance broker HUB International Limited (Hub).

Daniel Bryant, Sheridan Road founder and chief executive officer, and Jim O’Shaughnessy, managing partner, were recruited to Hub by David Reich, the national president of retirement services for HUB International Investment Services Inc. As reflected above, the parties involved say the cultural fit of this M&A transaction was a key consideration. So was the capability of allowing Sheridan Road advisers to leverage Hub’s capabilities in the area of health savings accounts (HSAs) and other employer-provided benefits apart from defined contribution retirement plans.

Reich says this deal is “as good as it gets” in terms of recruiting such a prominent and well-known specialist team to Hub in an environment where many buyers are interested in such firms. Having known Bryant and O’Shaughnessy for close to a decade from his time in the industry and at LPL, Reich said he was “thrilled to bring them on board, knowing that they had their pick of suitors.”

Hub International has a massive presence in Chicago, being headquartered there, and its leaders say the acquisition of Sheridan Road will let the company serve the U.S. market more efficiently and build out retirement offerings. “Their capabilities add depth and breadth to our growing platform of holistic retirement services,” Reich says. In fact, Reich adds that since the deal closed in early December, Sheridan Road has already received, and begun to work on, internal referrals.

In addition to its Chicago headquarters, Sheridan Road, the PLANSPONSOR 2015 Retirement Plan Adviser Multi-office Team of the Year, has eight additional offices throughout the U.S. that serve both institutions and private wealth management clients. According to Bryant, it took more than half a year to enact this transaction.

“We had started the process back in June,” he explains. “We started with a list of 12 potential firms that we thought could be a good fit for us. By the end of August, it was apparent that the best home for us and the best value was going to come from an insurance broker and employee benefits firm. So, first we thought about the type of company, concluding that effort by late summer.”

From there, Sheridan Road had “four or five firms that for better or worse looked similar.”

“Our ultimate decision boiled down to Hub’s middle-market focus,” Bryant says. “Second and equally important, the culture was a great fit. It’s a Mid-West based company headquartered in Chicago. They have strong views on philanthropy and other important things that resonated with our team. Finally, Dave had a big impact on our decision.  We’ve known him for a decade and we felt we could work very closely with him. That means a lot to us, working with people we like and respect.”

« Liquidity Buckets and Other Strategies to Protect Boomers’ Savings