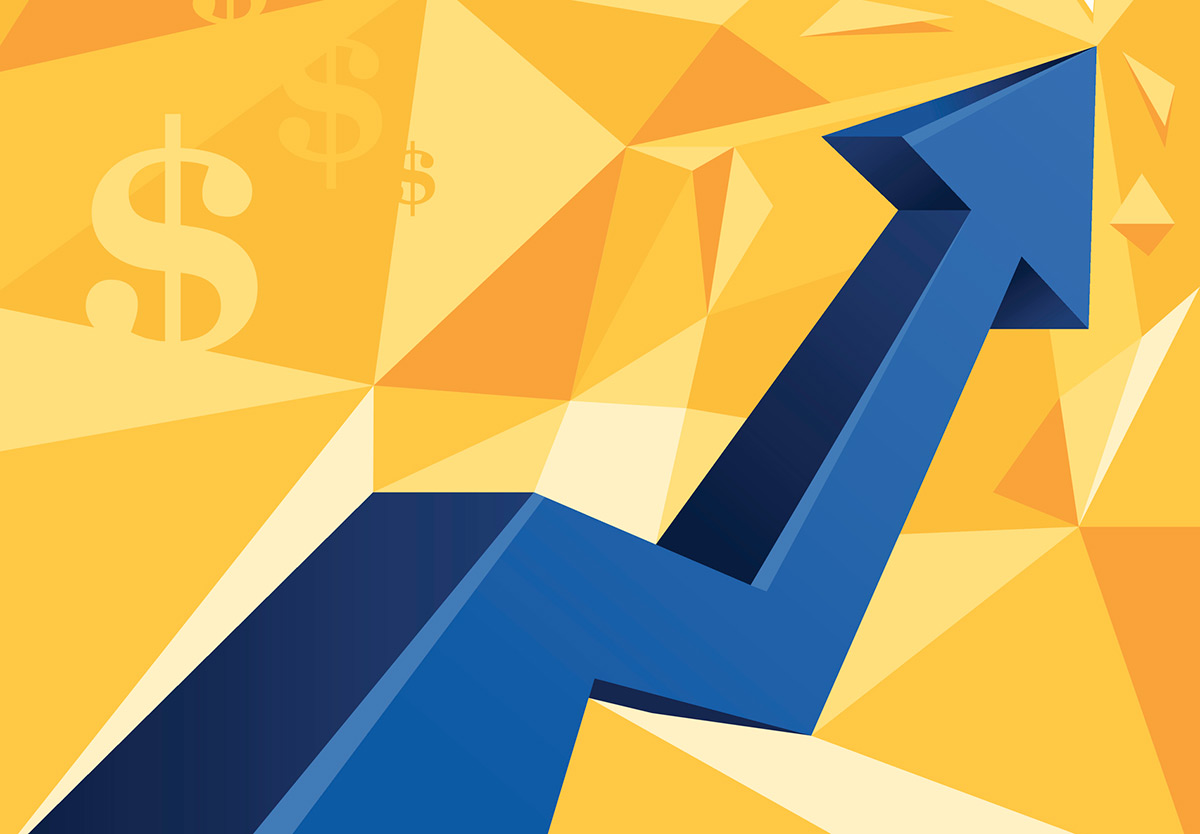 In discussions between retirement plan advisers and their plan sponsor clients, the term “inflation” often has a negative ring to it.

This is because the term inflation, in the defined contribution (DC) and defined benefit (DB) worlds, is usually only seen or heard as part of the phrase “inflation risk.” For individual DC and DB plan participants, the concept of “inflation risk” reflects the fact that an increase in the long-term pace of inflation means a more rapid erosion of the purchasing power of accumulated assets earmarked for retirement.

Basic retirement planning strategies thus generally seek to manage inflation risk by limiting excess exposure to cash and certain other assets, especially as investors near and enter retirement. This is no easy task, however, as no single asset class has consistently outperformed in every inflationary environment, meaning retirement investors have to consider a mix of growth-oriented and inflation-resistant asset classes as part of a strategic and evolving allocation.

For these reasons and others, it may have come as a surprise to some in the retirement planning industry to hear that the U.S. Federal Reserve, via the Federal Open Market Committee (FOMC), is implementing a new policy that will seemingly allow inflation to run at higher rates than would previously have been permitted. In basic terms, the FOMC has updated its “Statement on Longer-Run Goals and Monetary Policy Strategy,” which is a key governing document that articulates and directs the committee’s approach to monetary policy.

Regarding the Federal Reserve’s mission to ensure price stability, the FOMC adjusted its strategy for achieving its longer-run inflation goal of 2% by noting that it “seeks to achieve inflation that averages 2% over time.” To this end, the revised statement clarifies that “following periods [like the present] when inflation has been running persistently below 2%, appropriate monetary policy will likely aim to achieve inflation moderately above 2% for some time.”

Retirement investors could construe this as bad news, again because increases in inflation erode the purchasing power of previously accumulated assets that are kept in the form of cash and other “safe” assets. But in a recent speech explaining these developments, Federal Reserve Chair Jerome Powell reminded market watchers about the importance of inflation and the role it plays in helping generate and sustain economic growth.

A Means of Transparency

During his speech, Powell recalled how, 40 years ago, the biggest problem the U.S. economy faced was high and rising inflation. It is hard for many observers to imagine today, but, at that time, year-over-year inflation reached double digits and seemed poised to stay there, leading to the use of the term the “Great Inflation” to describe the economic period.

“The Great Inflation demanded a clear focus on restoring the credibility of the FOMC’s commitment to price stability,” Powell explained. “Chair Paul Volcker brought that focus to bear, and the ‘Volcker disinflation,’ with the continuing stewardship of Alan Greenspan, led to the stabilization of inflation and inflation expectations in the 1990s at around 2%.”

Powell said the monetary policies of the Volcker era laid the foundation for the long period of economic stability known as the “Great Moderation.”

“This new era brought new challenges to the conduct of monetary policy,” Powell said. “Before the Great Moderation, expansions typically ended in overheating and rising inflation. Since then, prior to the current pandemic-induced downturn, a series of historically long expansions had been more likely to end with episodes of financial instability, prompting essential efforts to substantially increase the strength and resilience of the financial system.”

This history helps explain the importance of “inflation targeting” as a means of creating transparency and predictability in terms of the FOMC’s strategies and objectives.

“By the early 2000s, many central banks around the world had adopted a monetary policy framework known as inflation targeting,” Powell said. “Although the precise features of inflation targeting differed from country to country, the core framework always articulated an inflation goal as a primary objective of monetary policy. Inflation targeting was also associated with increased communication and transparency designed to clarify the central bank’s policy intentions. This emphasis on transparency reflected what was at that time a new appreciation—that policy is most effective when it is clearly understood by the public.”

Under Ben Bernanke’s leadership, the Federal Reserve subsequently adopted many of the features associated with flexible inflation targeting. By January 2012, the FOMC issued its first “Statement on Longer-Run Goals and Monetary Policy Strategy”—the document that was updated just last week .

Inflation, Rates and the Economy

Powell tackled this question head-on in his speech, noting the persistent undershooting of inflation from the 2% longer-run objective is “a cause for concern.”

“Many find it counterintuitive that the Fed would want to push up inflation,” he said. “After all, low and stable inflation is essential for a well-functioning economy. And we are certainly mindful that higher prices for essential items, such as food, gasoline and shelter, add to the burdens faced by many families, especially those struggling with lost jobs and incomes.”

This adverse dynamic can be seen playing out right now in other major economies around the world—think Japan and certain areas of the Eurozone. What is most troubling about the dynamic is that, once it sets in, it can be very difficult to overcome.

“We want to do what we can to prevent such a dynamic from happening here,” Powell said. “If inflation runs below 2% following economic downturns but never moves above 2% even when the economy is strong, then, over time, inflation will average less than 2%. Households and businesses will come to expect this result, meaning that inflation expectations would tend to move below our inflation goal and pull realized inflation down. To prevent this outcome and the adverse dynamics that could ensue, our new statement indicates that we will seek to achieve inflation that averages 2% over time. Therefore, following periods when inflation has been running below 2%, appropriate monetary policy will likely aim to achieve inflation moderately above 2 percent for some time.”

« Majority of People Prioritize Retirement Saving Over Being Debt-Free