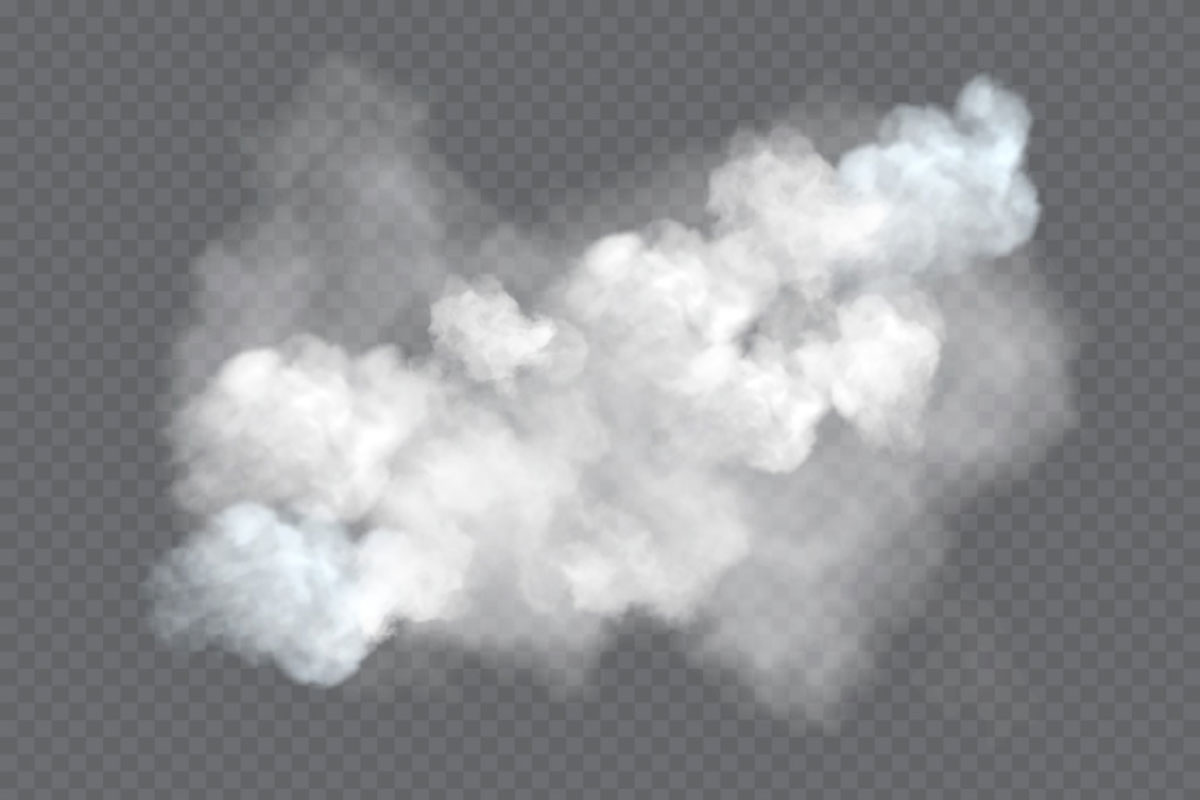 Recently, defendants in a lawsuit against the University of Miami agreed to a $1.85 million settlement.

In addition, the U.S. District Court for the District of Columbia has rejected an amicus brief filed by the U.S. Chamber of Commerce in an ERISA excessive fee lawsuit against the American National Red Cross. The brief said the rapid increase in excessive fee litigation is not “a warning that retirees’ savings are in jeopardy,” but proof that converting “subpar allegations” into settlements has proven to be a lucrative endeavor for attorneys bringing the lawsuits. The chamber pointed out that the increase in litigation has led to an increase in the cost of fiduciary liability insurance and made it more difficult to procure such insurance. It argued that this increased cost could lead large plan sponsors to make less generous employer contributions to their plans, and it could make employer contributions cost-prohibitive for small employers, adding that this goes against ERISA’s intent to encourage the offering of retirement plans to employees.

Judge Emmet G. Sullivan noted that leave to file an amicus curiae brief should be denied unless a party in the suit is not represented or not represented competently or unless “the amicus has unique information or perspective that can help the court beyond the help that the lawyers for the parties are able to provide.” He found that the chamber has “not shown that a party is not adequately represented,” and that “several of movant’s arguments are duplicative of those in the defendants’ motion to dismiss.”

In short, there is a great deal of activity when it comes to ERISA excessive fee lawsuits, but very few answers. The University of Miami joins a number of plan sponsors that have decided to settle lawsuits against them, and very few lawsuits have been dismissed.

The few cases that have gone to trial have largely involved more unique situations such as proprietary funds, questions about conflicts of interest or prohibited transaction issues, notes Emily Costin, a partner at Alston & Bird in Washington, D.C. She says the bulk of lawsuits involve more run-of-the-mill claims that fees are too high or investments are underperforming in single-employer plans.

According to Costin, more than 50% of lawsuits are making it past motions to dismiss. Then it becomes a choice for the plan sponsor to either continue to litigation, which becomes expensive for a claim that might only involve a couple of a million dollars, or settle the lawsuit because it’s not worth the expense. “For many of the lawsuits, the relief wouldn’t amount to much money, but plan sponsors also don’t want to spend the time and effort continuing to fight,” she says. She adds that the input from insurance carriers is a consideration in whether a case settles.

One thing industry watchers can glean from the settlements being made is there is a trend that, basically, if a suit has survived motions to dismiss, it will end up getting settled, says Ari Sonneberg, a partner at The Wagner Law Group in Boston.

Some of the settlements are monetary only, but some have included nonmonetary conditions, such as an agreement that the plan sponsor will hire an independent investment manager to select and monitor investments or that it will issue a request for proposals (RFP) for a new recordkeeper.

Costin says, often, the nonmonetary considerations are agreed to in order to bridge a gap. “Plan sponsors are saying there’s no more money to be given but they’ll agree to certain action so counsel will feel they’ve gotten a good deal for participants—a value to participants that is nonmonetary,” she says. “I wouldn’t read too much into [nonmonetary conditions].”

Whether a settlement includes nonmonetary conditions speaks to the type of plaintiff and/or attorney and whether those parties really care about what happens in the future for the plan and want to see changes, Sonneberg says. “Ostensibly, a large settlement will have that effect anyway because a plan sponsor will change its practices to avoid facing another lawsuit,” he adds.

Costin says comparing settlement terms is really an apples-to-oranges comparison. “We can’t look at a dollar figure and determine whether plan fiduciaries acted badly and how badly,” she says, noting that settlement amounts and conditions can be determined by different claims, the size of the plan, a certain judge or jurisdiction, or how much the plan sponsor has already spent on the case.

So far, the only takeaway from excessive fee lawsuits for plan sponsors is that having a good process is key, Costin says. She adds that there’s no guarantee of preventing a lawsuit from being filed, noting that one lawsuit might challenge a certain type of issue while another might claim just the opposite.

“A plan sponsor can do everything right and still be a target. Anyone can get sued,” she says. “So having a good process and documentation in place is the best defense.”

However, Costin says she thinks a wave is coming where plan sponsors might stick out the litigation process because they don’t think they did anything wrong. “I wouldn’t be surprised if some companies soon put their foot down,” she says. “Everyone wants someone else to do it first, though.”

Is Any Relief in Sight for Plan Sponsors?

One excessive fee case, Hughes v. Northwestern University, has made it to the U.S. Supreme Court. The court heard arguments on whether participants in a defined contribution (DC) ERISA plan stated a plausible claim for relief against plan fiduciaries for breach of the duty of prudence by alleging that the fiduciaries caused the participants to pay investment management or administrative fees higher than those available for other materially identical investment products or services.

Sonneberg says the fact that so many lawsuits are being settled is a reason the Northwestern case is important.

“If, by overturning the 7th Circuit’s decision, it lowers the threshold for a case to be heard, we will see more suits and settlements,” he says. “If the court says the 7th Circuit got it right, and that plaintiffs making excessive fee claims must show, beyond the fact that fees were high, that a fiduciary breach occurred in order for their suit to get into court, we will see fewer cases and more dismissals rather than settlements.”

Sonneberg adds that in the few cases where a lawsuit has been dismissed, the lower courts have indicated that it is not enough to say fees were excessive; plaintiffs have to demonstrate in their pleadings that plan fiduciaries’ behavior in choosing expensive plan investment options was a breach of ERISA.

“There’s a big difference in those claims,” he says. “It’s easy to compare what fees a plan is paying to what other plans of the same size are paying or to compare what a plan’s provider charges to what other providers charge for the same services. If that’s all plaintiffs’ attorneys had to do, that would be an easy win, but if they have to demonstrate how fiduciaries were acting in breach of ERISA, that’s certainly more of an uphill battle and harder to win.”

Sonneberg says from what he’s heard about the oral arguments in the Northwestern case, the Supreme Court might be of that notion too.

Defendants in some excessive fee lawsuits have argued that their plans offer investments that have higher fees as well as those with lower fees, and some investments in their plan’s lineup have underperformed while others have performed well. They say participants make the choice of what they invest in. Sonneberg says Supreme Court Justice Elena Kagan homed in on this issue, asking whether it’s OK to turn a blind eye to poor investment options so long as there are good ones for participants to choose from as well. She indicated that the Supreme Court’s answer to this question is important.

“If a precedent is established that having good options doesn’t offset the fact there are some bad apples, then plaintiffs are more likely to succeed in these cases, and vice versa,” Sonneberg says.

Costin says she thinks it’s unlikely an opinion from the Supreme Court will put an end to the lawsuit tsunami. “There seemed to be enough consensus in the room that an allegation that the plan sponsor should have used a cheaper share class for investments is possibly a plausible claim if it is pleaded correctly, for example,” Costin says. “I think the Supreme Court’s decision might give plaintiffs a road map of how to plead those types of claims.”

Costin also notes that some of the claims the high court is reviewing are more specific to university 403(b) cases and don’t apply to 401(k)s. For example, the Northwestern lawsuit claimed that the use of multiple recordkeepers—a practice that has traditionally been common for 403(b) plans—resulted in excessive fees being charged to plan participants.

“I didn’t pick up from the discussion that 403(b) plans should be treated differently than 401(k)s, but I did get the idea that the justices thought that if fees could be lowered by consolidating providers, the plaintiffs had made a plausible claim,” Costin says.

Sonneberg says he thinks it might be a tacit understanding that 403(b) plans are viewed differently than 401(k) plans. ERISA doesn’t differentiate between the fiduciary duties for each plan type, but their differences could be considered in litigation because facts and circumstances are part of the analysis as to whether a fiduciary is being prudent, he says.

Costin says she does hope the retirement plan industry gets more guidance from the court on the prudence standard in general. Costin says Chief Justice John Roberts spoke about whether it’s OK for a plan to be average and that it’s not realistic to require plan fiduciaries to get the best possible result all the time. “If the court’s opinion elaborates on that, it could trickle down to some of these claims,” she says. “But I don’t see an opinion coming down that will completely shut down these cases.”

Costin says the justices also discussed how these lawsuits might hurt the retirement plan market. Justice Brett Kavanaugh touched on what the wave of litigation has done to the fiduciary insurance market, she notes, as well as the fact that individuals have been targeted as defendants in the lawsuits. She says that individual targeting could lead to some people no longer wanting to be fiduciaries.

Noting that some of the lawsuits have claimed that changes plan sponsors have made are evidence that they were doing something wrong before the change, Costin says she hopes the court shuts down the notion that a change supports a claim that fiduciaries breached their fiduciary duties.

“The Supreme Court’s decision in the Northwestern case will probably be very determinative of the number of excessive fee suits we see in the future,” Sonneberg says.

The court is expected to issue a decision by June.