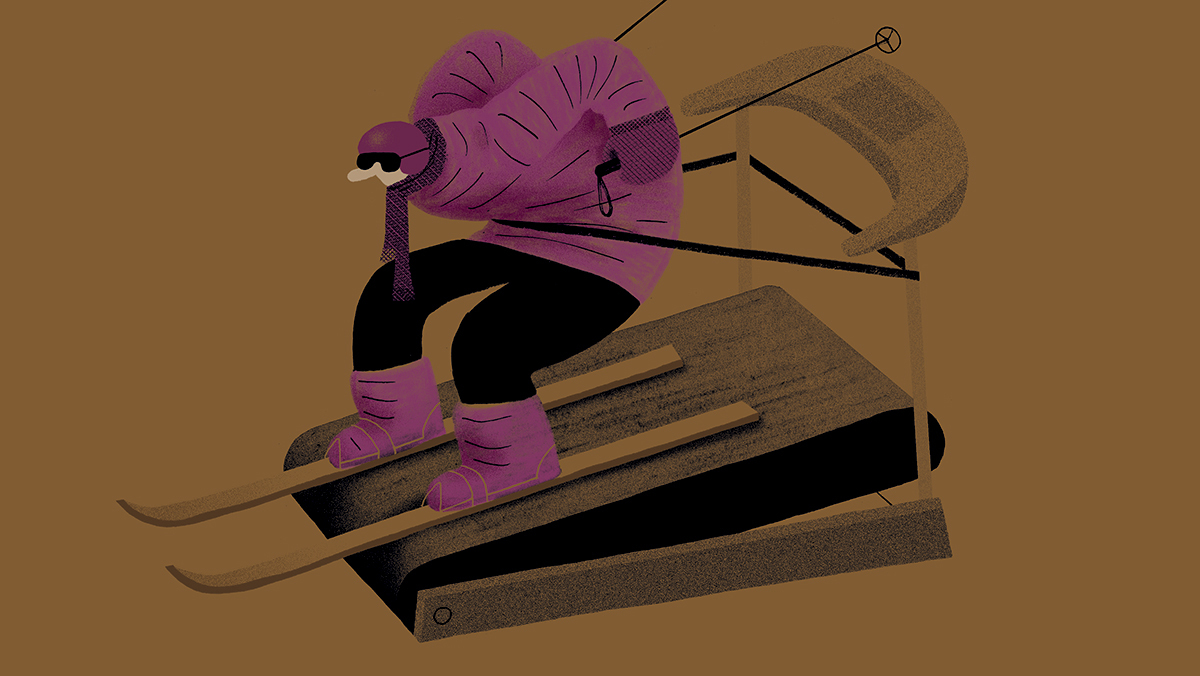 Worries are ratcheting up about 1970s-style stagflation settling in amid a spiral of higher prices and sharply deteriorating economic prospects, according to market commentary shared this week by Susanna Streeter, senior investment and markets analyst for Hargreaves Lansdown in the United Kingdom.

Overall, Streeter wrote, a “wait and see” mood pervades financial markets, as investors brace for a jolt of tightening from the U.S. Federal Reserve, the European Central Bank and other key central banks in different regions of the globe.

In separate commentary shared with PLANADVISER, Brad McMillan, CIO at Commonwealth Financial Network, wrote that the inflationary outlook is having a substantial impact on the equity and bond markets—so much so that major market indices are now formally in bear territory.

In short, investors are witnessing the end of a very long “easy money” era, and they are instead witnessing and participating in what Streeter called a “complex game of trying to rein in escalating inflation while not suffocating growth.”

In the U.S., the Federal Reserve raised interest rates by 75 basis points in one go this week, while the European Central Bank is expected to hike rates substantially later in June and July. According to Streeter and McMillan, questions about interest rates and inflation will remain dominant drivers of market behavior in the coming months.

“The ECB has signaled it would prefer to follow a gradual approach of a series of 0.25% rises, but with central banks in Australia and India already employing tougher tactics this week, the likelihood of a harder line emerging from the ECB is growing fast,” Streeter wrote. “Fresh inflationary pressures are coming from the march upwards again in the price of oil, with a barrel of the benchmark Brent Crude nudging $124. There are expectations oil will surge even higher as supply concerns take hold, amid the entrenched war in Ukraine and the expectation for demand to rebound in China as Coronavirus curbs are lifted.”

Streeter suggested that the United Arab Emirates and Saudi Arabia could expand production of oil to help ease the inflationary pressure, but other OPEC members are struggling with hitting targets, and overall, there is little capacity to close the supply gap created by the bans slapped on Russian oil in the wake of the country’s invasion of Ukraine.

“Right now, the major factor is inflation,” McMillan wrote. “While the economy continues to grow, inflation is slowing that growth. This round of price inflation started in the pandemic, with stimulus payments driving more spending, even as supply chains contracted. More recently, however, inflation has shifted to a more permanent—and more threatening—trend, driven by housing and services. That has made it a much higher risk than it appeared even a month or two ago.”

According to McMillan, the S&P 500, which includes the largest and best-known companies across all industries, is a better indicator of market stress compared to the Nasdaq.

“The fact that [the S&P 500] has moved into the bear phase signifies significant market and economic stress,” McMillan wrote. “The stress is real, as we can see in the headlines. Inflation is at 40-year highs, gasoline is at unprecedented prices, we have a war in Europe for the first time in 80 years, and that is not all. This is a difficult time. If you think about it, a substantial market reaction makes sense.”

By understanding what is driving this decline, McMillan suggested, investors can begin to understand how it will end—and that depends on the economy itself.

As McMillan noted, higher energy prices have wide-ranging effects. Considering those in conjunction with everything else, the current level of inflation risk is much higher than many had thought.

“Inflation is something that can sink an economy, especially if it becomes entrenched, as we saw in the 1970s and 1980s,” McMillan wrote. “There are now signs that inflation expectations are rising, and that is forcing the Fed to act by raising interest rates more quickly, resulting in higher mortgage and auto loan rates, among other things. This is designed to slow the economy, potentially creating a recession, but also to avert even more severe damage later on.”

In McMillan’s opinion, the Fed’s commitment to stopping inflation is good news, as it will reassure markets and possibly reduce how high interest rates need to go.

“While short-term interest rates are likely to keep rising, as the Fed tightens policy, longer-term rates don’t necessarily follow suit,” McMillan wrote. “As growth slows, the likelihood of a recession in that 10-year period rises, and rates can fall. As such, while the Fed is raising rates (and that has hit the markets), once the market sees those rate hikes ending, the 10-year rate will start to drop, and that will likely mark the start of the stock market recovery.”

No investor can know exactly when this will occur, but, as McMillan pointed out, there are some signs to look for.

“We don’t know how long or deep this bear market will be, but we do know it will end,” he wrote. “And as with every other bear market, including the great financial crisis and the 2020 pandemic, we do know the U.S. economy and markets will adapt and recover.”

In a new analysis called “The Geopolitical Playbook for Long-Term Investors,” Marko Papic, chief strategist at the consulting firm Clocktower Group, wrote that, over the past 40 years, investors have been lulled into complacency with respect to inflation and various other factors.

“There is a sense in the investment community that long term growth and inflation forecasts are merely a function of factors such as labor force growth, productivity growth and the aggregate supply and demand of the global economy,” Papic wrote. “A close read of the post-World War II era, however, reveals that politics and geopolitics have had an outsized influence on the macroeconomic context.”

According to Papic, after World War II, policymakers remained highly sensitive to the memory of the Great Depression, and as such, policymakers in the U.S. responded quickly to the four recessions that followed the end of the war.

“They relied on private sector re-levering to quickly spur the economy out of each slowdown,” Papic wrote. “These were the early innings of the Debt Supercycle that did not end in earnest until 2008—if it is even over today.”

By the 1960s, in Papic’s telling, policymakers had successfully “reflated and inflated” out of the post-World War II debt load, but the economy slowed down in the 1960s and entered a period of secular stagnation “not dissimilar to the 2010s.”

“Policymakers grew complacent as inflation failed to react to low unemployment,” Papic wrote. “As such, they became emboldened to pursue fiscally profligate policies, such as enlistment expansion and the Vietnam War. Many social policies were designed to assuage rising domestic angst over civil rights, social justice, and race relations. Again, not unlike today.”

The 1970s then brough an environment of “stagflation” that some fear is being repeated anew.

“The demand-driven policies of the 1960s led to the stagflation of the 1970s,” Papic proposed. “The political and geopolitical decisions sown in the prior decade were reaped in this turbulent era. The 1973 oil crisis contributed to inflation, but an oil price spike in a deflationary context would have had only a fleeting impact.”

Among Papic’s conclusions is the suggestion that long-term investors must take geopolitics into consideration, as it is among the most salient factor influencing long-term asset returns. Ultimately, Papic wrote, investors should expect growth outcomes to be “relatively favorable” over the rest of the decade, but he remains firmly in the inflation camp.

As a financial adviser focused on family and individual wealth planning, Harrison Wallace Financial Group Founder and CEO Faron Daugs is having a lot of client conversations about inflation and market volatility. He says this is a time when he tries to be very proactive—to let people know he has his eyes and ears on what is going on.

“We let our clients know that we understand why they have concerns right now and that they are feeling some pain,” Daugs says. “Keeping people calm is about helping them to focus on what is actually in their portfolio. I would say that, for clients in the distribution phase, it is the most unnerving.”

Daugs says one of the best ways to prepare for volatility and inflation, assuming clients have sufficient assets, is also among the most difficult to implement once periods of market stress have actually arrived: the classic three-bucket strategy. Such a strategy sees a client divide their assets into a short-term liquid bucket that is insulated from market volatility, a mid-range bucket that will mature over the next five to 10 years with a modest-but-dependable return, and then a long-range bucket of more aggressive investments that can help blunt the impact of inflation. Importantly, this long-term bucket must have a sufficiently long time horizon to recover from the inevitable rocky periods.

“Our clients who are in the distribution phase know they are spending from the safe bucket right now, while the real price movements in their portfolio are coming in that third bucket,” Daugs explains. “Of course, the inflation stings in the immediate term, but this approach gives them some sense of comfort and security.”

Daugs says this current period of market stress and uncertainty has reminded people about their true risk tolerance.

“After such a sustained period of growth, frankly, this is an opportunity to recheck your real tolerance for risk,” he says. “In the end, we don’t know how long this is going to last, and we are honest with our clients about that. We can talk all we want about what we expect to happen with supply chains or geopolitics, or how the tightening in the credit cycle has been so rapid, but right now the bottom line is to not let emotion take hold of peoples’ investment decisions. In fact, if you came to me with $100,000 worth of cash today, we could start making some great buys of key stocks with low values relative to where we were six months ago. If you already own them, and they are good stocks, why would you sell them right now?”