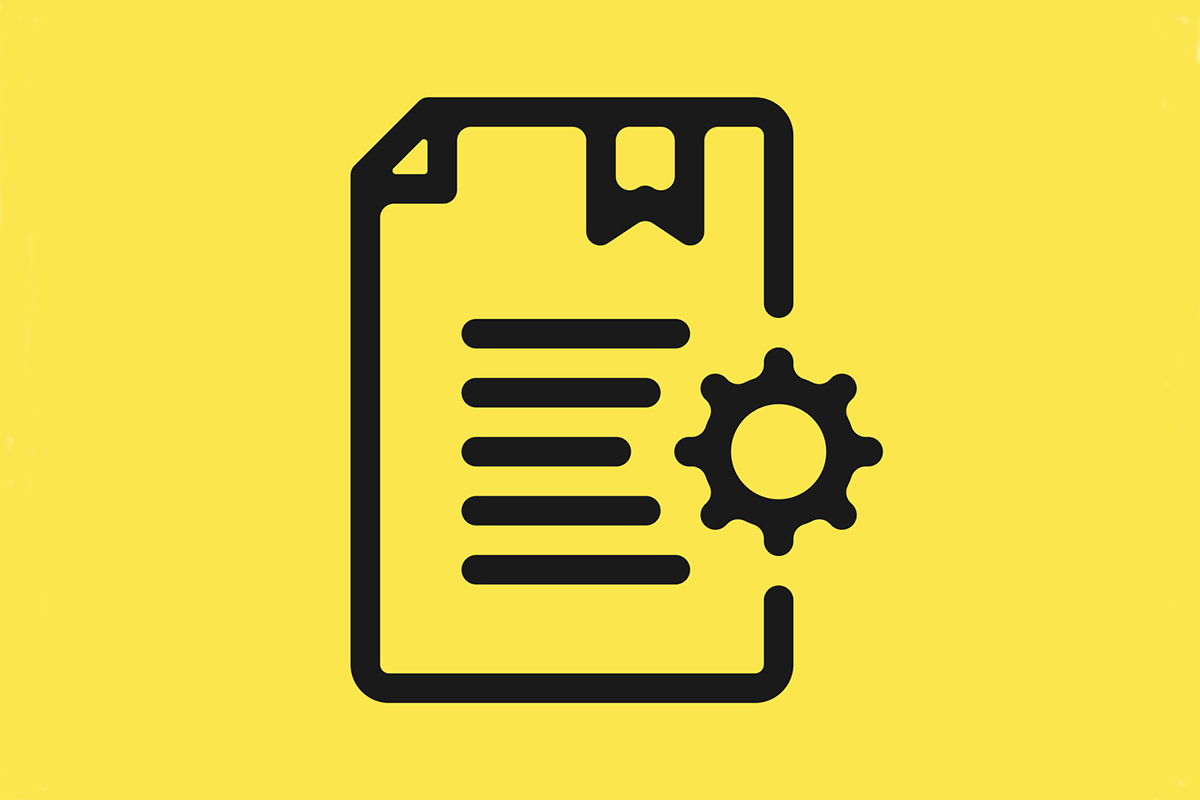 Among its many popular provisions, the Setting Every Community Up for Retirement Enhancement (SECURE) Act amended the Employee Retirement Income Security Act (ERISA) to allow for pooled employer plans, referred to as “PEPs.”

The SECURE Act requires PEPs to designate a pooled plan provider (PPP) that is a named fiduciary of the PEP. As a fiduciary, the pooled plan provider is subject to standards and restrictions in ERISA and the Internal Revenue Code (IRC), including the prohibited transaction provisions restricting fiduciaries of plans from engaging in transactions that involve conflicts of interest.

Roughly 11 months after the passage of the SECURE Act, the retirement plan services industry is eagerly anticipating the January 1 start date for PEPs. The new plan type is expected to allow small businesses and other types of employers to band together to offer more cost effective and less administratively burdensome retirement benefits to their employees.

In public comments submitted to the Department of Labor (DOL) and its Employee Benefits Security Administration (EBSA) about the creation of PEPs, Tim Rouse, executive director of the SPARK [Society of Professional Asset Managers and Recordkeepers] Institute, says diverse PEP delivery models are already emerging, and each deserves attention from stakeholders.

“In our discussions with SPARK Institute members and other key players in the retirement services industry, we have divided the potential PEP business models into four broad categories,” he says. “These categories are largely based on which entity would serve as the pooled plan provider.”

The third emerging model features a third party serving as the PPP, rather than the recordkeeper or fund provider. Rouse says the third-party PPP would aggregate and engage a variety of other service providers to fill the different roles that are necessary to offer a PEP, from the trustee to the investment manager and recordkeeper. Rouse says this business model is the most common model for similar types of plans, multiple employer plans (MEPs), that already exist in today’s marketplace.

“For example, trade associations that offer closed MEPs currently use this model, although under the SECURE Act, the PPP no longer must be such an entity,” he explains.

The fourth PPP type is what Rouse calls the “distributor-based” model, which features PPPs that are broker/dealers (B/Ds), registered investment advisers (RIAs) or other investment consulting firms.

“In other words, the PPP might be an entity that traditionally is the front-facing entity with employers,” Rouse says. “These entities could offer PEPs that use proprietary investments or the investments of an affiliate, or they might not.”

Rouse is quick to add that these categories are a simple way to think about the different approaches to PEPs. In the real world, a particular business model might fall into multiple categories.

“For example, the PPP might be an entity that both traditionally serves as a distributor of small business plans and offers recordkeeping,” he says.

Naturally, the risks associated with each model are different, and they apply in different ways to different parties. According to Rouse’s commentary, much of the fiduciary risk involved in these plans will indeed be offloaded from the employer and placed on the service provider, though employers will still have their own roles and responsibilities.

As amended by the SECURE Act, ERISA states that each employer participating in a PEP “retains fiduciary responsibility for—to the extent not otherwise delegated to another fiduciary by the pooled plan provider and subject to the provisions of Section 404(c)—the investment and management of the portion of the plan’s assets attributable to the employees of the employer (or beneficiaries of such employees).”

Rouse and other commenters believe this language supports the idea that service providers can avoid fiduciary status for the selection of PEP investments by acting at the direction of a sponsoring employer or another third-party fiduciary.

“But the intent and meaning of this provision of the SECURE Act is not 100% clear and would benefit from further elucidation by the Department [of Labor],” Rouse says. “In considering any new or amended prohibited transaction exemptions to facilitate PEPs, we also encourage the department to consider whether the product neutral and principles-based exemption recently proposed by the department for investment advice fiduciaries might serve as a model for relief in the context of PEPs and other MEPs.”

Lew Minsky, president and CEO of the Defined Contribution Institutional Investment Association (DCIIA), agrees in another comment letter that the DOL may want to view prohibited transaction exemptions and other related regulatory initiatives as a way to support service providers in order to make PEPs feasible and cost-effective through streamlined regulatory administration and reporting requirements.

“To be clear, DCIIA is not suggesting that the department sacrifice participant protections,” Minsky’s comment letter emphasizes. “Instead, DCIIA believes that the department can take a thoughtful approach to prohibited transaction exemptions that ensures both appropriate participant protections while removing barriers that might limit the use or cost effectiveness of PEPs.”

Minsky says DCIIA and its peer organizations understand the importance of creating a PEP framework that avoids conflicts of interests. However, he says, there may be circumstances when it could be appropriate to include exemptions that permit PEP sponsors to use related or affiliated service providers or managers.

“PEP sponsors may wish to partner with different providers based on the experience and expertise of the PEP sponsor and those with whom they might wish to do business,” he says. “Some PEP sponsors may wish to provide turnkey services and will have the experience and expertise to do so. Others may look to bring in their affiliates with appropriate expertise or may want to partner with a combination of affiliated and unaffiliated service providers. As with any type of innovation, it should be expected that the architecture, structure and governance of PEPs will likely change over time.”

Minsky says any new exemptions or safe harbors in this area should “anticipate, and not hinder,” PEPs using a wide range of institutional investment offerings, such as institutional mutual fund share classes, collective investment trusts (CITs) and separately managed accounts. Similarly, he says, exemptions may need to anticipate PEPs seeking to offer a broad range of investment education and managed account services, which help participants take an active role and effectively improve their savings and investment strategies.

The Investment Company Institute (ICI) argues a similar position in the comment letter submitted by its attorney representatives.

The ICI letter notes that a PPP that does not offer proprietary investment options or select itself to provide additional services to the PEP will still be a fiduciary service provider to the PEP that is able to set its own compensation and negotiate arrangements with other service providers. In other words, just because a provider of a PPP doesn’t sell investments or other retirement planning services, it could still make decisions that are in its own best interest rather than those of the participating employers or employees.

“It would be extremely rare for any PEP arrangement to be completely ‘conflict-free.’ Indeed, due to the fundamental framework of ERISA, all service providers to a plan must use prohibited transaction relief in order to be compensated,” the ICI says. “It is likely for this reason that Section 101 expressly states that participating employers retain fiduciary responsibility for the selection and monitoring of the PPP.”

Multiple comment letters have been submitted to the DOL and EBSA by law firms, some highlighting the fact that MEPs represented a rapidly evolving area of the law even before the passage and ongoing implementation of the SECURE Act. Indeed, some highly complex cases involving MEPs are already making their way through the federal courts. Others have reached settlements, from which only tenuous legal conclusions can be drawn. However the DOL and other regulators proceed in this area, it can be anticipated that ERISA litigation will be a fact of life in the PEP/MEP market, as it is today in the single employer 401(k) world.

A comment letter submitted by a quartet of attorneys with the Groom Law Group on behalf of a group of stakeholders in the financial services industry notes that with PEPs, many of the responsibilities that typically fall on “plan sponsors” are instead the responsibility of the PPP, including the basic responsibility for fiduciary plan administration. At the same time, the attorneys explain, the SECURE Act provides that, “except with respect to the administrative duties of the pooled plan provider, each employer in a pooled employer plan shall be treated as the plan sponsor with respect to the portion of the plan attributable to employees of such employer (or beneficiaries of such employees).”

Because of this division of “plan sponsor” responsibilities, the attorneys explain, the many PEP models being developed are taking a wide range of approaches with respect to the identification of who is the primary “plan sponsor” of a PEP. In particular, the attorneys warn that any requirement that would demand a PPP to have its own employees in a PEP in order for the PPP to be the primary plan sponsor would significantly stifle the PEP marketplace.

The Groom attorneys go on to state that there is some confusion in the marketplace as to whether individual plan sponsors or the PPP has the authority and responsibility to appoint investment managers under the relevant statutes.

“Can a PEP provide the authority to appoint individual investment managers rests with the individual plan sponsors and not the PPP?” they ask. “Many PEP providers anticipate requiring individual plan sponsors to select the investment manager of their choice. To not permit this structure could potentially stifle the options available in the PEP market that may make PEPs more attractive to employers. The department should confirm that this practice is consistent with the statute.”