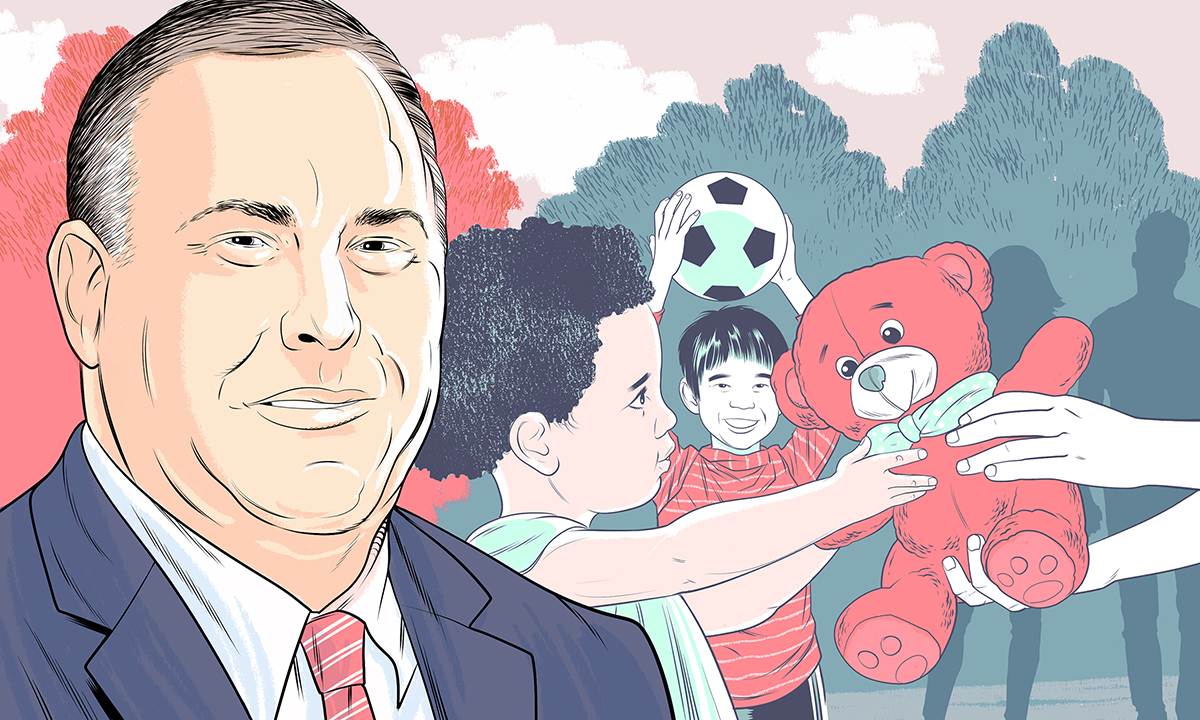 The PLANADVISER Advisers Giving Back profile series has featured more than 20 leading retirement plan advisers and advisory firms that are engaged in giving back to their local, regional and global communities.

Though some of the profiles, such as those on Grant Arends at intellicents or Randy Long at SageView, tell stories of global giving, most involve charitable efforts that take place closer to home. That is certainly the case for James Betzig, CEO of TrinityPoint Wealth, who spends a significant amount of time and effort every year to help the Boys & Girls Club of Milford, Connecticut.

Milford is a coastal city in New Haven County, Connecticut, between Bridgeport and New Haven. Betzig says the community has treated him well personally and professionally, so giving back his time and financial resources has been an easy decision.

“I was born and raised in Milford, Connecticut, and, for me, it is important to give back to this community that has treated me so well,” Betzig says. “Our giving is mainly focused on the local and regional area. It is very meaningful for us to be engaged in the local community. Most of the staff at TrinityPoint comes from the local area, as well, and so we make sure they are all engaged.”

Betzig says the Milford Boys & Girls Club is very close to his heart, so much so that he chairs the organization’s biggest one-day fundraising event of the year—an evening gala featuring raffles and other fundraising activities—in addition to serving on its executive board.

“What’s not to enjoy or feel good about when it comes to serving such a great organization?” Betzig asks. “The whole organization is meant to help kids and prepare them for a brighter future.”

Unsurprisingly, Betzig says, 2020 has proved to be a challenging year for the gala and other fundraising events the Boys & Girls Club normally depends on to fund its mission.

“Normally, the gala involves a big raffle and auction, with some great trips and tickets to ballgames as the prizes,” he explains. “Sadly, so many of the things we would normally give away during a given year have themselves been canceled because of COVID. So, it has been challenging to replace that. We would raise as much as $100,000 at each gala, which represents as much as one-eighth of the whole budget for the year. Replacing these [fundraising efforts] has been hard.”

Betzig says the group has been able to maintain some fundraising success through virtual events.

“We recently hosted a digital raffle that went pretty well,” Betzig says. “We were also able to do an in-person golf tournament, held outdoors and socially distanced, and we raised some decent money doing that. But, honestly, we’ve only been able to raise a fraction of what we would have been able to generate this year without the pandemic.”

Reflecting on how giving back has impacted him personally, Betzig says he never realized how much need there is that can be hidden from sight.

“Before I got involved, I just didn’t realize there was that much need in the Milford community,” he says. “Especially in the areas of after-school care and support programs to help working families make ends meet. This need has been demonstrated even more clearly during the pandemic. Currently, our local schools are in a hybrid school year between in-person and digital teaching, and so organizations like the Boys & Girls Club have become even more essential.”

Betzig says this is a common sentiment he has heard from other professionals who have gotten involved in local charitable activities.

“As soon as you start to look, you see need everywhere, even in what you might assume is a strong middle class community where people have financial stability,” Betzig says. “Milford is typical from that perspective. We have a lot of people in need here, and we have an obligation to help them.”

Betzig says the pandemic has also highlighted the importance of another organization TrinityPoint Wealth supports—the Food 2 Kids program, which has been featured in other Advisers Giving Back profiles.

“Food 2 Kids is basically a food pantry that has done so much work to help feed kids in our community while the schools have been closed,” Betzig says. “Getting involved with the organization was a direct offshoot of our work with the Boys & Girls Club. A lot of people don’t realize how important the school system is to boys’ and girls’ food security. You wouldn’t realize that if you don’t have a direct connection to the issue. Especially during the COVID-19 situation, food insecurity has been underscored even more.”