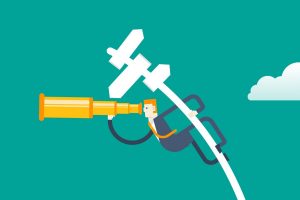 Several months ago, Carol McClarnon, an Employee Retirement Income Security Act (ERISA) specialist and partner at Eversheds Sutherland, joined PLANADVISER in a discussion of the evolving regulatory landscape facing her clients, and the broader retirement planning and insurance industries.

At the time, McClarnon explained how the Department of Labor (DOL) had confirmed and formalized the return to the old “five-part test” used by its enforcement staff for determining who is an investment advice fiduciary. She also detailed how this development was tied directly to the Regulation Best Interest (Reg BI) standard implemented last year by the Securities and Exchange Commission (SEC).

In a new Q&A conversation, presented below, McClarnon gives her updated take on what might come next at the DOL, given the stated interests and objectives of the newly established administration of President Joe Biden. In her view, it is likely that the Biden-led DOL will focus first on addressing the topic of environmental, social and governance (ESG) investing, before potentially turning back to address the fiduciary and proxy voting topics in some way.

PLANADVISER: Thanks for your time, Carol. It’s been a little while since we’ve spoken. What have you been working on?

McClarnon: We’ve been busy answering many questions, of course. A lot of people in the insurance and investment marketplace are trying to figure out where the next several months or years are going to take us, especially in the areas of ESG investing and the fiduciary rule stuff. The main question we get is, ‘Should we start making any changes to address the fiduciary developments, or should we wait and see what happens?’

At this stage, there are some areas where we can pull out the crystal ball, depending on who the client is and what they are doing in the marketplace. An insurance company, for example, can choose to rely on the prohibited transaction exemption called ‘84-24,’ rather than working with the new exemption, called ‘2020-02.’ The future of 2020-02 is not clear.

The answer about what to do next, again, always hinges on what the company actually does. For insurance producers, the nice thing about the 84-24 exemption is that you don’t have to state to your clients in a contract that you are a fiduciary in order to take advantage of it. A lot of insurance companies are saying, ‘We expect that we are going to have to rely on 84-24, so let’s just get started down that road.’

On the other hand, many fiduciary investment advisers have already embraced a certain direction based on the previous versions of the fiduciary regulations put out by prior administrations, so their direction is also pretty clear. I’d say broker/dealers [B/Ds] are in a more uncertain position right now, in particular, because they haven’t traditionally been fiduciaries.

PLANADVISER: How much frustration are your clients feeling, after seeing the regulatory situation go back and forth for so long? Are they resigned to the uncertainty?

McClarnon: It depends on the client, I would say. We’ve seen both responses. Right now, there isn’t a ton of clarity about what exactly is coming next. The Biden administration says it is freezing many regulatory projects for reconsideration, including the fiduciary stuff. Our clients rightly want to know, ‘Does that mean we don’t have to comply, or what?’ People are very anxious, in some cases, while others are able to remain calm.

In terms of what comes next, unfortunately, I think the fiduciary issue has become political. I expect the new administration could feel compelled to act here. But, if you sit down and look at the conditions of the 2020-02 exemption, and compare that with supposedly stricter exemption that was put forward under President [Barack] Obama, there are actually a lot of the same basic requirements and conditions. But, as I said, there may be a strong enough sentiment among the consumer advocacy organizations to see additional rulemaking here.

PLANADVISER: One feels for the DOL leadership. This is not an easy position to resolve.

McClarnon: I would agree. My personal view is that this proposal has been really created by the career staff at the DOL and that it’s a workable middle ground. Something we should really point out is that ESG is probably going to be the [Biden administration’s] first priority. This fiduciary rule stuff could sit on the sidelines until they feel like dealing with it.

The administration has publicly and consistently stated that it is going to address the ESG rulemaking. And, remember, that rule is actually final now. It’s not like the DOL can just immediately change course there. It will take real regulations. It’ll have to do a whole notice and comment period.

PLANADVISER: What’s the likelihood that the new DOL could do ‘sub-regulatory’ or interpretive-type guidance, rather than a regulation? We did see a moderation of the more extreme anti-ESG policy first put forward under the Trump administration. The Biden administration could just come out and say definitely that climate factors, for example, are pecuniary for long-term investors such as retirement savers and pension funds.

McClarnon: That is a definite possibility, and, in fact, that would be a lot easier than doing another full regulation with a notice and comment period. As you say, the outgoing DOL really did make an effort in the final regulation to say this is not about ESG but instead about only using pecuniary factors in investing. This will really be the more interesting thing to watch coming up, and I expect it will be the priority.

PLANADVISER: Are there any other potential priorities? What about the proxy voting topic? Is this a topic, almost like the fiduciary rule, where the technicality makes it hard for it to become a mainstream policy priority?

McClarnon: That’s true to some extent. A person who is not enmeshed in the DOL like an ERISA attorney or adviser probably isn’t going to be so concerned about proxy voting issues, you’re right, and they also may not appreciate how proxy voting issues and ESG go together. The Trump administration put its proxy voting regulation into place with many of the same goals in mind as its ESG regulation. This will definitely be an important area to keep paying attention to.

« Pandemic Lessons: The Importance of the Savings Hierarchy