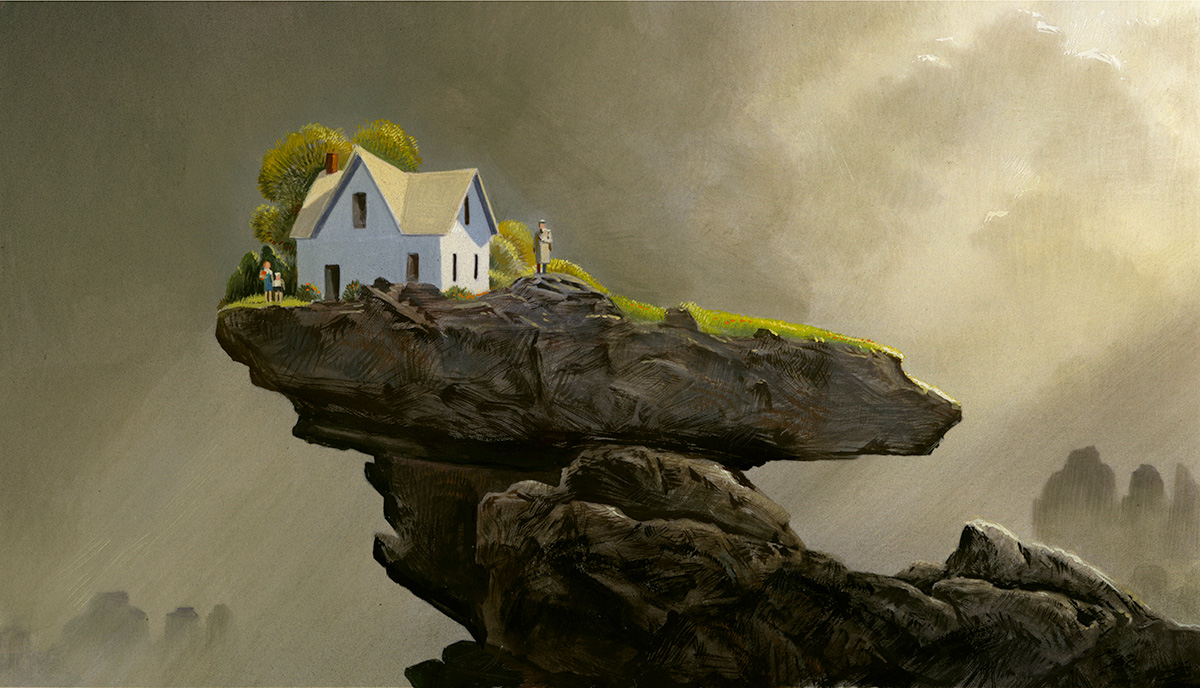 When consumers buy something online—even if it is relatively inexpensive—they will likely be offered such a service, also known as a “point-of-sale installment payment plan.” Many services require a 25% upfront payment at the time of purchase, with the balance due in three remaining payments.

One provider in this vein is Affirm, which makes this pitch on its website: “Make 4 interest-free payments every 2 weeks. Great for everyday purchases. No interest or fees; no impact on your credit score; set up easy, automatic payments.”

Apple recently grabbed headlines when it announced that it would soon be launching a buy now, pay later program within its Apple Pay feature. But Apple and Affirm are far from the only companies starting up new BNPL financing services. Other firms doing so include Afterpay, Zip (formerly known as Quadpay) and PayPal, with its ‘Pay in 4’ service.

Advisory professionals say these services could be useful for some consumers, but they also carry risks, including  overspending and incurring overdue payment costs. Accordingly, these services’ growing popularity raises the question: Should plan advisers be concerned that overspending debt might adversely affect plan participants’ savings rates and overall financial wellness?

American consumers hold a large and growing amount of personal debt. According to Experian’s Consumer Debt Review 2021, total consumer debt balances increased 5.4% from 2020 to 2021, reaching $15.31 trillion. This is a $772 billion increase and more than double the 2.7% increase from 2019 through 2020. (All stats are as of each year’s third quarter.)

Mortgages and auto loans constituted the two largest components of the typical consumer’s budget, and the study found those categories also increased the most over the previous 12 months. Specifically, total mortgage balances grew by 7.6% to a total of $10.29 trillion during 2021, and the total auto loan and lease balance grew by 8.9% to $1.47 trillion. Student loan debt grew by a far more modest 1.9%, reaching $1.6 trillion.

Despite the overall debt level increase, however, Experian reported that delinquencies remained low. The report cites three likely causes for this: a 4.2% increase in wages between September 2020 and September 2021; pandemic-related federal assistance programs, including multiple stimulus checks and the ability of many borrowers to pause debt repayments; and savings from refinancing mortgages at lower rates or on more favorable terms.

Who Is Using BNPL?

In this environment, BNPL is attracting more users, but the evidence remains mixed regarding which populations are most commonly leveraging the service.

In March 2022, LendingTree surveyed BNPL usage and found that 43% of Americans had used BNPL, up from 31% in the 2021 survey. Usage declined with age, ranging from a high of 58% with Generation Z to 22% among Baby Boomers. Notably, lower household income does not appear to make BNPL usage more likely, at least in the LendingTree sample. For example, 39% of consumers making less than $35,000 have used such a service, while 50% of those making $50,000 to $74,999 have done so. In the income brackets above this, usage dipped back down; 41% of those making $100,000 or more reported using BNPL services.

The Federal Reserve’s May 2022 report, “Economic Well-Being of U.S. Households in 2021,” found a stronger link between income and BNPL use. According to the report, people with lower incomes and less education used BNPL more.

According to LendingTree, BNPL charges were most common for clothing, shoes and technology, while home décor items and accessories were also frequently purchased via BNPL services.

The LendingTree study highlights several potential strains that BNPL services can put on consumers’ finances, regardless of their income level. Nearly 70% of all BNPL users admitted to spending more than they likely would have if they had had to pay in full at the time of purchase.

“Put simply, BNPL is encouraging many people to buy things that they can’t actually afford,” says Dani Pascarella, founder and CEO of financial wellness app provider OneEleven in New York City. “Most of the time, these are spontaneous, discretionary purchases that otherwise would not have happened. “

As the LendingTree report notes, though, that’s the point of these loans: They can extend a tight budget and are “more easily available to folks with thin credit or bad credit and are cheaper than other options such as a retail credit card or a personal loan.”

That approach to using BNPL works without problems, provided the borrower makes timely payments, but that is not always the case. The LendingTree survey found that 42% of BNPL users had made a late payment on a loan, which included 25% who were charged a fee or interest due to the late payment and 17% who said they weren’t charged. Late fees and interest rates on missed payments vary among lenders, but they can be high. A recent NerdWallet review detailed rates and fees among the largest lenders.

The Consumer Finance Protection Board cites another risk. If a consumer has multiple purchases on multiple schedules with multiple companies, it may be hard to keep track of when payments are scheduled. And when there is not enough money in a consumer’s bank account, this can result in charges by both the consumer’s bank and the BNPL provider. Because of the ease of getting these loans, consumers can end up spending more than anticipated, according to the CFPB.

BPNL’s impact, if any, on a borrower’s credit score varies depending on the credit bureau. In an April 2022 working paper, Marshall Lux and Bryan Epps at the Harvard Kennedy School reported that TransUnion and Experian plan to include BNPL data on credit reports. TransUnion is working with both FICO and VantageScore to determine how best to include BNPL data in future credit score models.

In their analysis, Lux and Epps noted that including BNPL data could help generate better credit scores for consumers without credit history and help build credit for consumers with existing weak credit. But including these loans could damage a borrower’s credit score, particularly if issuances of BNPL credit are considered “single installment loan accounts” that are quickly opened and closed.

A Crowding Out Effect

Sources agree that a major potential downside to BNPL is the negative impact of higher consumer debt on financial health. It’s a crowding out argument: More money spent on debt service means less available in the budget for everyday expenses, savings and other goals.

“Debt is the number one barrier to retirement savings and other important long-term financial milestones, such as home ownership or the pursuit of higher education,” says Pascarella, whose firm works on both direct-to-consumer and employer-based financial wellness. “Monthly debt payments can add up quickly and put a lot of strain on a household’s budget. When you’re struggling to pay off your debts and afford necessities each month, that immediate cash need takes up all your financial mindshare and saving for the distant future becomes an afterthought.”

The growing availability of BNPL options could cause consumer debt to spike, agrees Jill Gonzalez, a WalletHub analyst in Washington, D.C. Also, because these programs generally don’t run credit checks and don’t report debt, there is a high risk of default, she adds.

“Lenders are unable to check for this type of debt, which can cause them to underestimate potential borrowers’ debt-to-income ratios,” Gonzalez warns. “Another risk that results from these programs involves consumers racking up even more credit card debt to pay off their buy now, pay later installments.”

If programs such as BNPL lead consumers to overextend themselves, broader financial wellness could suffer, adds Nathan Voris, director of investments, insights and consultant services for Schwab Retirement Plan Services in Richfield, Ohio.

“We’re not seeing that yet, but in theory, as people add debt or pay with these kinds of programs, there is a potential for issues to arise,” Voris says.