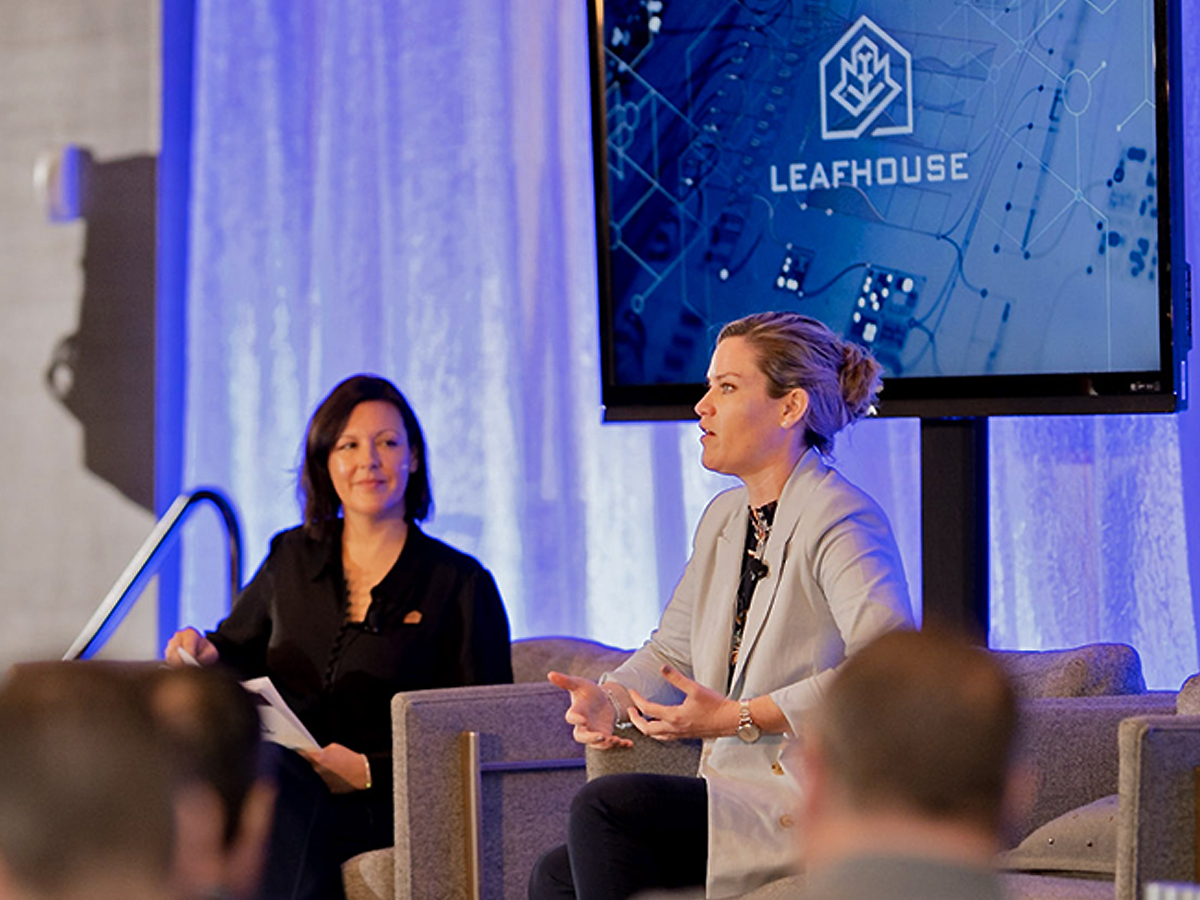 At the 2022 LeafHouse National Retirement Symposium in Austin, Texas, retirement plan advisers and providers received insight on what employees think about work and retirement.

In a conversation led by Kassandra Hendrix, chief marketing officer at LeafHouse Financial Advisors, Jacquelyn Reardon, vice president, head of retirement insurance and 529 marketing at Franklin Templeton, told attendees the insights are from the firm’s “Voice of the American Worker” survey, which is in its second year. “We created a dataset to track it year over year in hopes advisers and our partners will use it,” she said.

What is not a myth is that Americans are reevaluating what they think about work, Reardon said. Two-thirds (67%) said the COVID-19 pandemic has made them rethink what they expect from their employers. “This was not meant to be a pandemic-related survey, but it is hard to ignore the impact that [the pandemic] had,” she noted.

Almost half of employees surveyed said they have left or have considered leaving their jobs in the last year, according to Reardon. More than half (55%) weren’t thinking about it, but they said that seeing their colleagues leave made them start to think about it. “The myth is that this is an isolated situation, but I think this will persist,” Reardon added.

She said another myth the study revealed is that employees only care about salary. “Our findings are clear that workers are looking for the total package,” Reardon said. “Fifty-one percent said salary is the most important consideration for a job, but 49% said benefits and the way they are treated by an employer is just as important as salary.”

Reardon recalled a news report in which someone said that instead of the “Great Resignation,” the trend of employees making a career change should be called the “Great Renegotiation.”

“Now is the time for employers to reevaluate what they are offering employees,” she said. “It is urgent for employers so they can retain top talent and have a productive workforce going forward. She added that it is important for advisers and providers in the retirement plan industry to help them do that. “They need our resources and tools.”

Reardon said her favorite findings from both years of the study concern the concept of financial independence versus traditional retirement. “The fact that everyone is working towards one age and that everyone has the same goal to stop working and play golf is a myth,” she said. “Financial independence to do what they want to do is actually the goal—84% said so in the survey.”

Reardon said this creates a huge opportunity for the retirement plan industry but also a huge challenge. “All the talk about personalization comes into play for financial independence; we have to solve for that in some way as we think about solutions and resources,” she said.

The challenge is that personalization requires getting much more information about employees, Reardon noted. The survey found that 63% of American workers said they are comfortable sharing basic information such as their address, but when it comes to sharing information about their spouse, medical history and more, they are less comfortable.

Fifty-five percent of employees surveyed by Franklin Templeton said they would feel comfortable sharing more information with their employers if that meant getting more personalized benefits, versus 45% that said they wouldn’t be comfortable sharing more information and employers should just give them the same benefits as their colleagues. “We have so much personalization to cater to what we want and need—for example, on our smartphones or Netflix suggesting what shows to watch. We need to leverage that in our industry,” Reardon said.

“People aren’t getting cookie cutter anything in any other place, so they shouldn’t get cookie cutter investing,” she added. “We need to start with education, and teach participants, ‘If you give me this type of information, here’s what I’ll be able to give you.’”

Getting Real Help With Finances

The Voice of the American Worker survey asked employees to rate the importance of physical, mental and financial wellness. Reardon said that in both years, employees said all three were equally important to their overall wellbeing; however, a majority indicated they feel most out of control of their financial wellbeing.

Reardon pointed out that when employees’ financial health is out of whack, it affects the other areas of wellness. “Employers might promote a step challenge to address employees’ physical health, but efforts such as addressing the 83% of Americans who said they have debt is missing,” she said.

Employees said they would welcome financial help from employers, and when asked what they would like access to and would use, they mentioned advice, a financial adviser and financial education, tools and resources. “They didn’t mention retirement help at all,” Reardon noted. “They want help with debt, with short-term finances, which is key to achieving financial independence.”

Saying they would welcome financial help from their employers doesn’t mean they would actually use it, however. Reardon pointed out that eight in 10 survey respondents said they would welcome incentives around all areas of wellness, including financial, and would welcome employers holding them accountable. “I think this indicates an opportunity to help employers figure out the communication mechanism for their demographics to get them to engage and use financial wellness resources,” she said. “It’s not just about building the resources but about ensuring people know they’re there and holding them accountable for using them.”

The myths that were busted by the survey were assumptions about different demographics. “We can’t assume we know what will work with each demographic,” Reardon said. “For example, we can’t assume that gamification will work with all young employees. And I was surprised by the survey finding that younger people are less comfortable sharing information with employers than older generations.”

Reardon said Franklin Templeton is thinking about how to offer an on-demand version of the Voice of the American Worker survey to key clients—how to help them facilitate their own Voice of the Worker survey. And it will soon field the third year of the survey. “We kept many questions the same but added things based on the current environment,” she said. “We want to get good data about whether there’s a shift in expectations from employees during this challenging market. The results should be public in January.”
Tagged: Financial Wellness, retirement plan participant advice, retirement plan participants