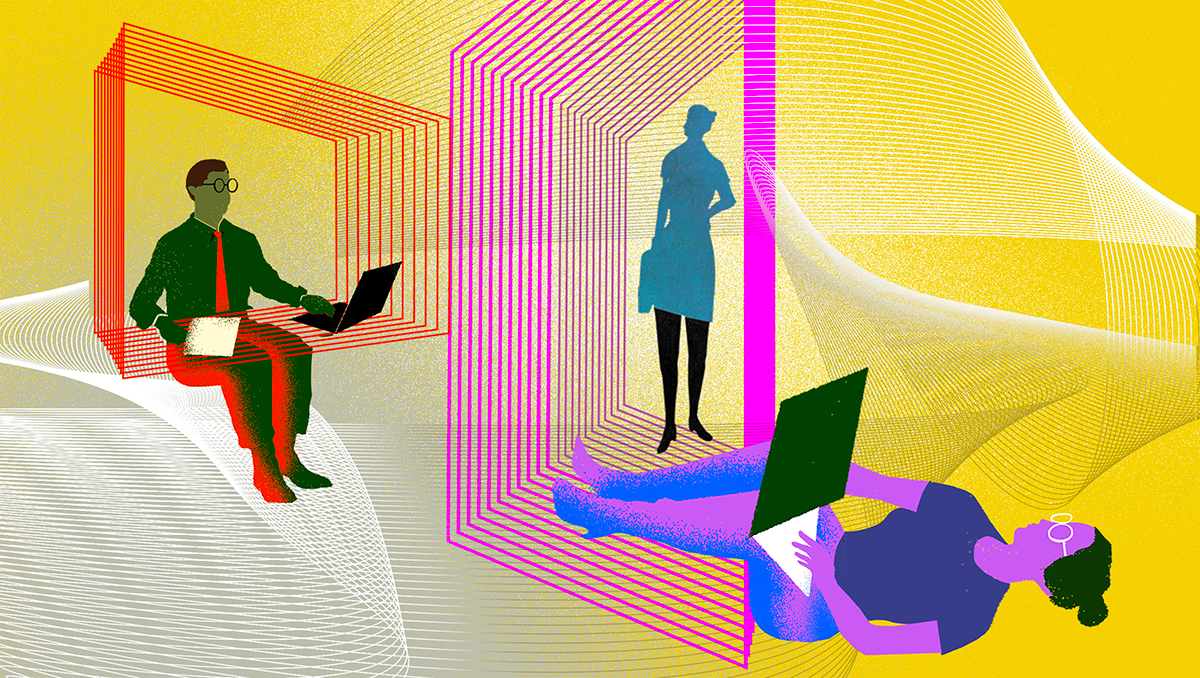 Like many other employers in the United States and around the world, a large proportion of retirement plan advisory firms transitioned to fully remote offices in spring 2020 in response to the emergence of the COVID-19 pandemic.

Nearly two years later, new coronavirus variants continue to emerge, causing public health guidelines to change. At the same time, a historically tight labor market means the balance of power between workers and employers has shifted, with the former demanding more flexibility and better work-life balances. Taken together, these factors mean many advisers still haven’t determined what their “new normal” will look like—at least when it comes to the office.

Heading into 2022, PLANADVISER sat down with a few advisers to discuss their approaches to the office for the year ahead. The biggest takeaway: Everyone is still figuring it out.

All 18 people at the Multnomah Group in Portland, Oregon, have worked remotely for all of 2021, and the firm does not have immediate plans to bring everyone back to the office.

“There are still rules here relative to masking indoors, and we don’t want to put employees in a position where they would be required to mask during extensive periods during the workday,” says Managing Principal Erik Daley. “To some degree, we are waiting on the state to modify its guidance and regulations relative to that rule.”

In the meantime, the company is looking at ways to update its current office setup to have fewer cubicles and desks in the “bullpen” and to provide more private office space, so it can bring some of the firm’s recent hires into the office, socially distanced, in the first week of 2022.

That’s because development, training and other onboarding is much easier in person, the firm’s leadership believes. When, exactly, the firm brings the rest of the staff back remains dependent on state regulations. Regardless of when that happens, however, it will be on a more flexible work schedule than the company had pre-pandemic, Daley says.

“Our expectation is not going to be that folks are back in the office five days a week,” Daley says. “We are going to provide a lot of flex time, and flexibility to those whose benefit from being home.”

That said, Daley notes that the firm is also looking for ways to make sure its culture doesn’t get lost amid less-frequent in-person interactions, while also recognizing that flexibility over the past year has created a happy and productive workforce.

Cafaro Greenleaf’s Red Bank, New Jersey, office occupies an old home, with each of the firm’s six employees who work there using an old bedroom as an office. They’ve been back full time for most of this year, given the characteristics of this space. The six employees who work out of the firm’s Philadelphia office, however, which is a more traditional office setup, are still working remotely.

Simply put, it is harder to social distance in the downtown office, and that office’s employees tend to be more seasoned and more comfortable staying home for now, says Jamie Greenleaf, lead adviser at Cafaro Greenleaf. She hopes to bring those workers back to the office in 2022, but she concedes that it will likely be on a hybrid schedule that balances time in the office with remote work.

“I would love to see more of a traditional schedule so that there’s always coverage in the office,” Greenleaf says. “I think that when people are at home, they get distracted more easily with the laundry, or the dog, or whatever.”

Greenleaf envisions a consistent rotational schedule in which all employees are in the office at least part of the time.

“I think people do best with some type of structured environment, so having specific days assigned to them in the office makes more sense,” she says. “It sets the expectations both on my side as well as on theirs. One of the biggest problems during the pandemic is that it has been difficult to set expectations.”

The firm owns its Red Bank office, but Greenleaf says it may re-evaluate its needs when the Philadelphia office lease comes up in a year.

A Focus on Junior Employees

Most of the 20 or so workers on the advisory team in the Moneta Group’s Clayton, Missouri, office have been working on a flexible, hybrid schedule for the past year. However, partner Jake Winegrad says he has asked younger and newer employees to come back full time.

“There is an expectation that they’re here Monday through Friday during business hours,” he says. “At this stage of their career, there is so much learning done informally through osmosis.”

The firm has considered scaling back its office space with so many workers home, but many of the staffers have said that they want their own space when they do come into the office. Therefore, having everyone in the office at once is not a priority for the firm, Winegrad says.

“If you have an outbreak, it could take out the whole team,” he adds. “And this trial has given an opportunity for a lot of people to express that they want to work from home. We have a handful of people where we have seen productivity go up as a result of that.”

That’s helped the firm reconsider its view of remote work, recognizing it as an additional benefit that could help with recruiting and retaining employees.

In addition to re-evaluating who needs to be in the office, the firm is also reconsidering its policy on travel and meeting with clients. While remote meetings have been helpful during the pandemic, Winegrad expects at least some travel and in-person meetings to return.

“There are things from a relationship standpoint that you just can’t get from a [Microsoft] Teams meeting,” he says.

A handful of the 38 workers at Portfolio Evaluations Inc.’s Warren, New Jersey, office have returned to in-person work, primarily because they didn’t have a great setup at home, says partner Attila Toth.

The rest of the firm’s employees have remained remote. Toth says it was an easy transition for the consultants who traveled a lot pre-pandemic and often worked remotely anyway, as well as for other employees who’d already enjoyed a flexible work schedule.

The firm had hoped to welcome back its staff (on a voluntary basis) after Labor Day, but it pushed that date back to November 1 before suspending it again. Toth says that even when the office reopens, the firm will not require employees to return, but rather encourage them to come in periodically.

“We have proven that we can work from home,” he says. “There are a lot of employees who travel quite a bit to come into the office and they’re saving money. The company is saving money, too, and they have a better quality of life without a cost to the company.”

Still, Toth recognizes that the company has lost some of the camaraderie that defined a culture which used to include in-office social events such as happy hours.

“For those of us who are vaccinated and comfortable going out to lunch or dinner, we’ve been trying to get together and see each other. Some of that social aspect is coming back, but not at the level that we had in the past,” he says.

Meanwhile, the company has had conversations with its real estate agent about potentially subleasing some of its space, since it has at least five years left on its lease. The potential rent that would come with a sublease in today’s market wouldn’t cover the cost of retrofitting the space, but Toth says the company will likely move to a more suitable space when the current lease is up.

“We just don’t know how many of our employees will want to come back or how often,” Toth says. “I don’t think there’s any way to answer those questions yet.”