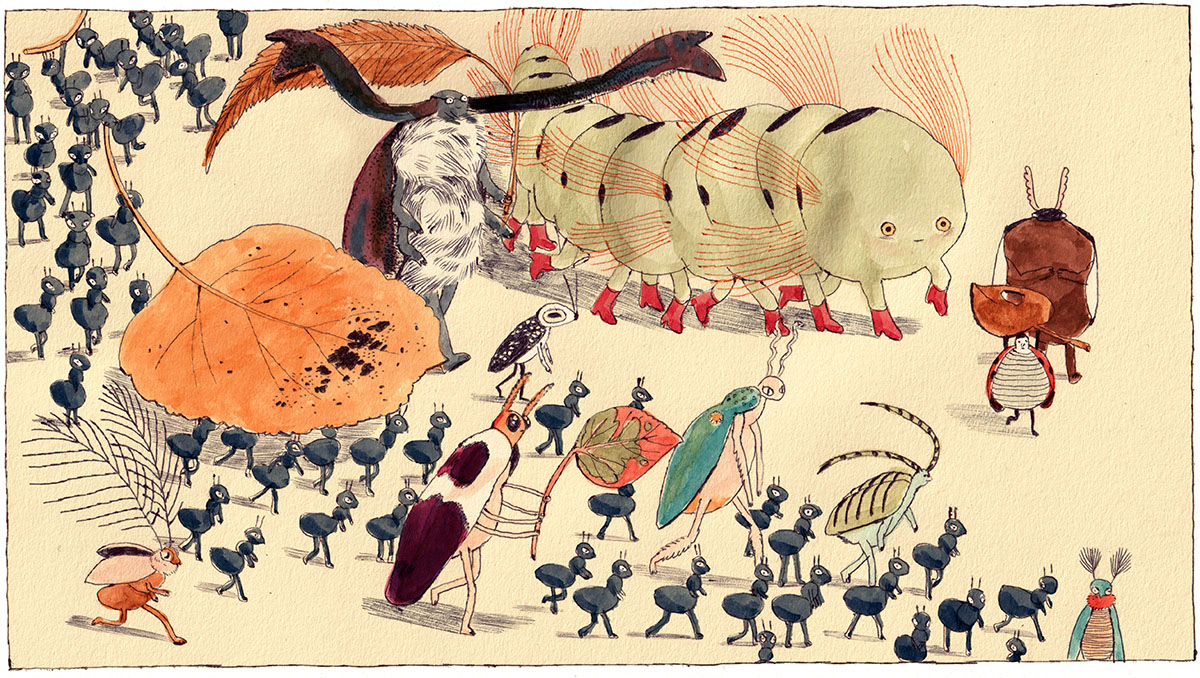 Back in June 2019, Mercer published an in-depth study called “Bridging the Diversity Gap,” in which its experts analyzed the question of how to build better African American and Latino talent pipelines for the financial services industry.

The analysis was conducted in partnership with the Financial Services Pipeline (FSP) Initiative, an advocacy organization founded in 2013 by a group of Chicago-based financial institutions that joined forces to address the lack of diversity in the financial services industry—both within Chicago and across the United States. In founding the FSP, the member institutions were concerned that the representation of African American and Latino professionals within the industry had not improved over the previous five years, despite the companies’ diversity and inclusion (D&I) efforts.

Understanding that the lack of diversity could have a negative impact on the competitiveness (and equity) of the Chicago region, they were convinced that they needed to take an alternative course of collective action. Indeed, their baseline projection was that the representation of African American and Latino talent at leadership levels would barely improve over the next five-year period if no changes occurred in rates of hire, promotion or exit. Troublingly, the trajectory in the fourth and fifth years was one of declining diversity at senior leadership levels. The member institutions determined that without a significant redirect, the staff and leadership of financial services firms would continue to be overwhelmingly white and male.

A year later, in June 2020, the economic and social trajectory of the United States—and the world—had been upended by the COVID-19 pandemic. The emergence of the pandemic sent shockwaves through the global economy, and, in ways both linked to and distinct from it, the pressures of 2020 and 2021 sparked an intense focus on systemic racial injustice and gender inequality.

All in all, the economic and social outlook heading into 2022 has changed massively relative to the FPS’s vantage point in June 2019. As such, the significant change in baseline conditions in which the U.S. financial services system operates raises the question of whether the FSP’s relatively pessimistic assumptions about the future of D&I in the financial services space may end up missing the mark.

A Chance to Reset

“The D&I topic has definitely been elevated in the past year or 18 months, and, importantly, there is a targeted and intentional focus on making sure we are moving beyond discussions about D&I,” Harris says. “There is a sense that we are moving toward real action with respect to improving representation in our industry.”

Harris also points to an emerging industry-wide acknowledgement of the point the FSP was trying to advocate—that addressing D&I is not something any single firm or leader can do alone.

“Real progress is going to come from the alignment of strategic industry partnerships and from the coming together of many organizations and associations,” Harris says.

Harris notes that the CFP Board Center for Financial Planning this month announced it will join the Financial Alliance for Racial Equity (FARE) Coalition, a partnership between financial services organizations, industry associations and historically Black colleges and universities (HBCUs). FARE was formed late last year by a group of financial services firms and HBCUs to address the barriers many Black advisers and financial professionals face when entering the field. Among its first initiatives, in spring 2022, FARE will fund and launch a scholarship program specifically aimed at removing financial barriers for people of color to earn the CFP certification.

“I am a graduate of an HBCU, so I am personally so excited to get their history and their perspective onboard,” Harris says. “It is so important to get these different points of view in the room, so we can all learn from others’ perspectives and experiences. We are building out some very powerful initiatives.”

Harris says she believes the definition and tracking of key metrics will be central to making progress.

“Currently, in the U.S., only about 4% of our CFP professionals are Black or Latino—despite the basic fact that these groups together make up nearly a third of the U.S. population,” Harris says. “Currently, women make up only 23% of CFP professionals. So that’s the starting point, and the goal must be to ensure our membership is more representational of the U.S. population as a whole.”

Harris says the numbers are not where she wants them to be yet, but since just 2019, the CFP Board has seen its minority group representation increase substantially on a percentage basis.

“We are finding success, I believe,” Harris says.

The Importance of Financial Services

Margaret Flynn-Martin, head of the relationship management group at Morgan Stanley Wealth Management in Purchase, New York, says she agrees wholeheartedly with that viewpoint. She also agrees with Harris’ perspective that a single firm or leader can’t improve diversity and inclusion in the financial services industry on their own.

“At last year’s virtual Morgan Stanley summit meeting, our leadership team really challenged the staff and managers to do something powerful and meaningful to address the lack of industry diversity,” Flynn-Martin recalls. “In response, we stated building out the framework for what we now call the ‘Equity Collective,’ which was just launched formally in mid-November.”

Flynn-Martin says the Equity Collective’s efforts are going to be guided by research and the experiences of its members. For example, she cites a Mercer study that concluded that Black and Latino students’ interest in working in financial services “crystallizes” during high school, while white students more often find an interest in the field during their college years. For that reason, the Equity Collective has established three key sponsorships to generate an interest in finance in young people of different ages—with the Boys & Girls Clubs of America, Team IMPACT and HIVE Diversity.

With a focus on creating awareness and demystifying financial service career opportunities in order to break barriers while reaching future motivated leaders where they are, the Equity Collective will dedicate resources to Boys & Girls Clubs of America’s CareerLaunch, a job-readiness and career launch program with the ability to reach 4.6 million young people between 13 and 18 years old. The work with Team IMPACT will focus on supporting college athletes as they grow into empathetic leaders through community engagement. In working with virtual recruiting platform HIVE Diversity, Equity Collective members will engage with next-generation talent representing a range of diverse backgrounds and experiences; HIVE focuses on internship and entry-level placement opportunities, as well as building earlier and more equitable pipelines through virtual programming to expose all candidates to careers that exist within the industry.

“We are dedicated to increasing access for young talent and proactively raising awareness about the incredible opportunities in our field,” Flynn-Martin says. “Finding established organizations to do that with, in order to move with intention and speed, was one of our primary goals in establishing the Equity Collective. There is no doubt in my mind that pulling together is the best way to magnify the impact of these individual groups.”

What 2022 and Beyond Will Bring

Rosalyn Brown, a regional director at Newport Group in the Washington, D.C. area, recently accepted a position on the 2022 WIPN [WE Inspire. Promote. Network.] Board, taking on leadership of the organization’s diversity, equity and inclusion (DE&I) efforts. Brown, who has been engaged with WIPN for several years, says she is humbled and inspired by the opportunity to work as a WIPN leader on an incredibly important topic at an incredibly important time.

“The situation of the COVID-19 pandemic has had so many negative implications, but one positive impact was that WIPN, like so many other organizations, had a moment to pause and look in the mirror,” Brown says. “One outcome of this reflection was a new commitment to elevate all women in the retirement plan and advisory industry—not just the leadership but also the young people and the career staffers. We realized there are so many women in financial services who can’t just leave the office and go a networking lunch. The juniors and analysts can’t always go to events.”

She says this realization helped to inspire WIPN’s research work on the twin topics of advocacy and mentorship. Among the early findings is that, when it comes to addressing diversity gaps, mentors are like gurus—they are critical sources of information and inspiration. But a true workplace “advocate” or “sponsor” can do a lot more to help people from underrepresented groups succeed in the financial services industry by using their influence to support someone even when they’re not in the room.

According to WIPN survey data, mentorships and sponsorships are both valuable, but women agree that a sponsor is more likely to help with advancement than a mentor (64% and 47%, respectively). The value of having a mentor or sponsor is recognized by many—as not having one is cited among the top five barriers to success—but only 17% of respondents feel they have a sponsor, though this increases to 42% of women with a mentor. The lack of mentors and sponsors is a particular concern among women of color, as almost a quarter cite the lack of a mentor/sponsor as a barrier to career growth. Additionally, the data shows that a significantly higher proportion of women of color feel excluded from formal and informal networks at work as compared with white women.

“The dynamics of the COVID-19 pandemic have really hit women and communities of color hard,” Brown says. “We have survey data showing one in five women of color in this industry have considered leaving the industry, due to lack of opportunity, and the stresses of the pandemic have only increased the problem. Fortunately, companies are finally starting to turn a corner and realize that if their women or their diverse talent is underpaid in relation to their peers, why would they stay? If there is no trajectory for advancement, then why would they stay?”

Brown says the industry is waking up to the realization that statements from leadership are not enough anymore.

“The companies that will succeed in the future are those that are hearing the voices of all their employees,” Brown says. “The advisory industry has a lot to lose if we don’t step up. If you are in a leadership position and you walk the floors of your firm, you will find people of color who have been with you as long as anyone else and who are as skilled as anyone else. To say that the talent doesn’t exist today—that’s just not true and it’s not accurate. The talent is there, they just aren’t getting promoted. They get stuck in entry-level positions because they are overlooked.”

Brown says change will only come when today’s leaders are willing and able to see leadership qualities in people of diverse backgrounds, even when they don’t have a ton of leadership experience on paper.

“If you don’t change your requirements and expectations, you won’t be making progress,” she warns. “An important part of this, which is actionable right now, is not giving people informal roles or letting them punch above the weight of their title.”

The structure of early career compensation is another a big issue.

“Just consider the topic of unpaid internships,” Brown says. “Some of the best internships that lead into this space are unpaid. A person who is not of family means so often simply is shut out of these opportunities. Compensation structures are a primary reason why people leave this industry. It’s hard for someone to say, ‘Yes, I’m willing to take this upfront pay cut with no guarantees in the future.’”

Overall, Brown says, she is optimistic that meaningful progress is around the corner.

“One reason I am optimistic is that workers are changing, and how they choose to work is changing,” Brown says. “In order for companies to be profitable and remain successful, they have to address this stuff, especially in the retirement industry. The organizations that are coming out on top are already doing something in this space.”