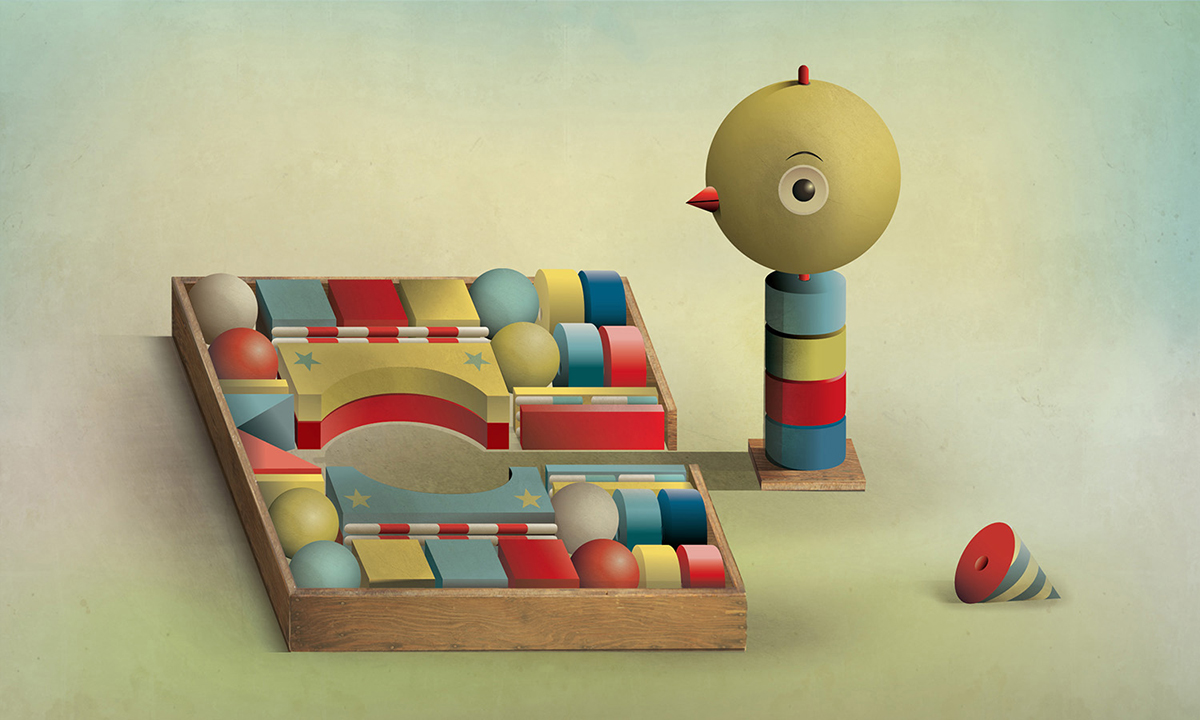 A few weeks ago, Cerity Partners announced its intentions to acquire Blue Prairie Group, creating a $21 billion advisory firm with expertise in both wealth management and qualified retirement plans.

The announcement is just the latest in a string of prominent retirement industry acquisitions, following on the heels of sizable deals announced by the likes of CAPTRUST and HUB International. According to Bob Francis, a partner at Wise Rino Group who acted as a mediator in the Cerity Partners-Blue Prairie acquisition, there will be more like it to come in 2019 and 2020.

In discussing the inside story of the Cerity Partners-Blue Prairie deal, Francis says the decision to combine these two firms is about fitting together complementary businesses that will each expand the other’s skillset and potential client base. According to Francis, revenue figures and projections were obviously important in his role as a mediator, but to an important extent, the financial discussions took a back-seat to considerations about personalities and the cultural fit.

“Successful M&A is about fitting together the missing pieces to create a combined firm that will be a real force in the industry,” Francis says. “This requires an understanding of the individuals and teams at the heart of each firm and understanding their ethics and beliefs about running a financial services business.”

As Dick Darian, partner at Wise Rino Group, observes, the deal reflects the broader industry trend of bringing together wealth management and qualified retirement plan skillsets. Gone, it seems, are the days when there was hesitancy to espouse wealth and retirement businesses out of fear of regulatory scrutiny or the potential for conflicts of interest. Rather, firms are embracing the idea that building a firm that does both private wealth and institutional retirement plan business is about creating a holistic service ecosystem that clients want and need, especially as the defined contribution (DC) plan system matures and becomes a key component of individuals’ retirement income. Crucially, clients also appear to be eager to provide plan participants with holistic advisory solutions that go beyond just the qualified retirement plan.

Against this backdrop, the deal between Cerity Partners and Blue Prairie Group has a clear logic to it, beyond the talk about a “perfect cultural fit.” Cerity Partners has been more focused on high-net-worth individuals and their families, while also serving businesses and their employees and nonprofit organizations. Blue Prairie Group, on the other hand, has predominantly focused its practice in the areas of ERISA retirement plans and foundations/endowments, with wealth management as well.

As Francis observes, the Cerity Partners-Blue Prairie deal comes only a few months after Cerity Partners changed its name from HPM Partners, following the purchase of a 50% stake in the company by the private equity firm Lightyear Capital back in 2018.

“I have spent a lot of time helping private equity firms look at ways to invest in opportunities in the retirement space,” Francis explains. “The thing that I enjoy most in this work is to get them focused on the retirement plan adviser community. Up until fairly recently, though, there was much more of a focus on the recordkeeping technology side and the FinTech area.”

In 2019, Francis says, there is an emerging understanding among these private equity interests that there is a real opportunity for strategic synergy between wealth management and retirement plan focused firms.

“This conversation is heating up, and you can see the M&A activity reflects this,” Francis says. “Lightyear’s activity is a great example. They made the investment in HPM and they really view the corporate retirement plan space as a green field for what Cerity Partners does—financial coaching, wealth management and the like.”

When Cerity Partners retained Wise Rino to conduct a search for potential acquisition targets in the corporate retirement plan space, Francis and Darian did a deep dive into the firm’s approach.

“Kurt put down a blue print for what would be the ideal practice that would be the right cultural fit with Cerity Partners, which would have the same goals and client focus,” Francis says. “And of course he detailed the need for really complementary capabilities. Cerity Partners didn’t want to buy something where there was a lot of redundancy—they wanted to make an acquisition for something new that broadened their skills and opportunities.”

According to Francis, with this blueprint built, the actual selection process was easy.

“When you look at the retirement advice space, you have a lot of different cultures,” Francis says. “But one simple way to divide it up is to look at practices that have a team culture and then practices where there is a star leader. That star system is not Cerity Partners—it’s a real partnership system. And that’s the same system at Blue Prairie Group. By the way, when you do M&A in this industry, dollars and cents are important, but they come down the road. The first step is to see if these people even speak the same language. Do they agree on the same principles and ethics of business, and will they get along?”

Another factor that stood out about Blue Prairie Group in the eyes of Cerity Partners, Francis says, is that they have a unique investment due diligence.

“When you think about it, in the DC space, there are some unique investment challenges that are still being solved for and which are hard to do well,” Francis says. “Stable value selection, for example, is a whole different ballgame versus mutual funds or even collective trusts. You’ve really got to understand the interest crediting method, the margin management being used, and the quality of the underlying securities of the portfolio. This is not easy to do. Blue Prairie has built their own stable value due diligence approach.”

Beyond this, Cerity Partners was looking for a practice in the large case market, because that’s where they have had great success already with their executive counseling, financial coaching and wealth management services.

“The bigger the company, the greater cross-selling opportunity, the greater the opportunity to engage with the participants,” Francis says. “On a relative basis, BPG has a smaller number of clients but they are large plans. They serve multibillion dollar clients and I think the median client is $300 million or $400 million.”

Reflecting on this deal and the prospect for further M&A action in 2019 and 2020, Darian says there is no slowdown in sight. He encourages firms to be deeply thoughtful when assessing potential new partners or third-party solution providers, as there are plenty of examples out there where deals have not worked out as hoped, especially when the parties involved focused more on the finances than the cultural fit. His firm has an obvious interest in seeing a healthy amount of M&A activity, Darian notes, but the writing is on the wall.

“Advisory firm consolidation is going to happen more and more,” he predicts. “This is the last part of the DC space that is still fragmented and very much a cottage industry. The world is changing around these firms. To be direct, there are firms out there that are aggressively growing and working to use scale to provide more services, better services at a lower fee. That’s a tough dynamic if you’re going to remain fully independent.”

“Another issue is to just look at the demographics of the top advisory shops,” Francis says. “These are all people who started in the business when Dick and I did, and we’re ancient. You’re talking predominantly about 55- to 70-year-old men. How do these people ensure their employees have a bright future and that their business survives and thrives going forward in a changing world? Everyone is out there asking these questions, so it’s a huge opportunity right now for firms to find new ways to partner or collaborate.”

And there is fee compression to contend with, Francis adds, which is another strong pressure for scale.

“There was a day when I making 32 basis points, after tax, on the assets I was advising. That was my margin,” Francis says. “Today, that’s not even the gross revenue for many of these firms. So it’s truly a story of great efficiency being brought to the advice market, and this is great for consumers. But for providers, margin compression has reached a point that I don’t think anyone expected. So that’s an inherent drive for scaling these businesses up in the future.”

Darian observes that, increasingly, recordkeepers and other entities with great staffing and technology resources are looking at advisory firms and asking, are they relevant? Should we be going direct? Should we be doing what they do?

“You have asset managers also fighting to be relevant,” Darian says. “As an independent adviser, when you look at the value chain, there are new competitors coming online across the board. And then you have Amazon out there licking its chops and contemplating disintermediating this whole space. For an adviser to think that nothing will change and that they can continue to do what they’ve done in the same ways, I don’t think that’s realistic. It’s a tough statement but I think that’s what’s coming.”

However, Francis and Darian agree, this doesn’t mean that smaller independent ships can’t survive and even thrive.

“There are many ways they can move forward,” Francis says. “They can merge or partner or use outside client service solutions. But to survive without making any changes, that never really happens in a competitive business. Like any industry, there will remain some boutique shops that will serve a certain niche that is hard to scale, where the personal talent is limited.”

Francis concludes that the competition on pricing is also set to heat up, which will not exactly be welcoming news for independent advisory shops.

“We’re aware of certain firms that are very large who at this point are almost giving away the plan services, the fiduciary services, to get access to the participants future wealth business,” Francis says. “If you’re a retirement practice that does not engage in wealth, and you’re pricing your service at X, you will be competing against firms that are willing to price at a fraction of X while also offering equal or better quality service for participants. In cases where plan sponsors are fine with the potential for cross-selling, that’s going to be incredibly tough for the retirement-only shop.”