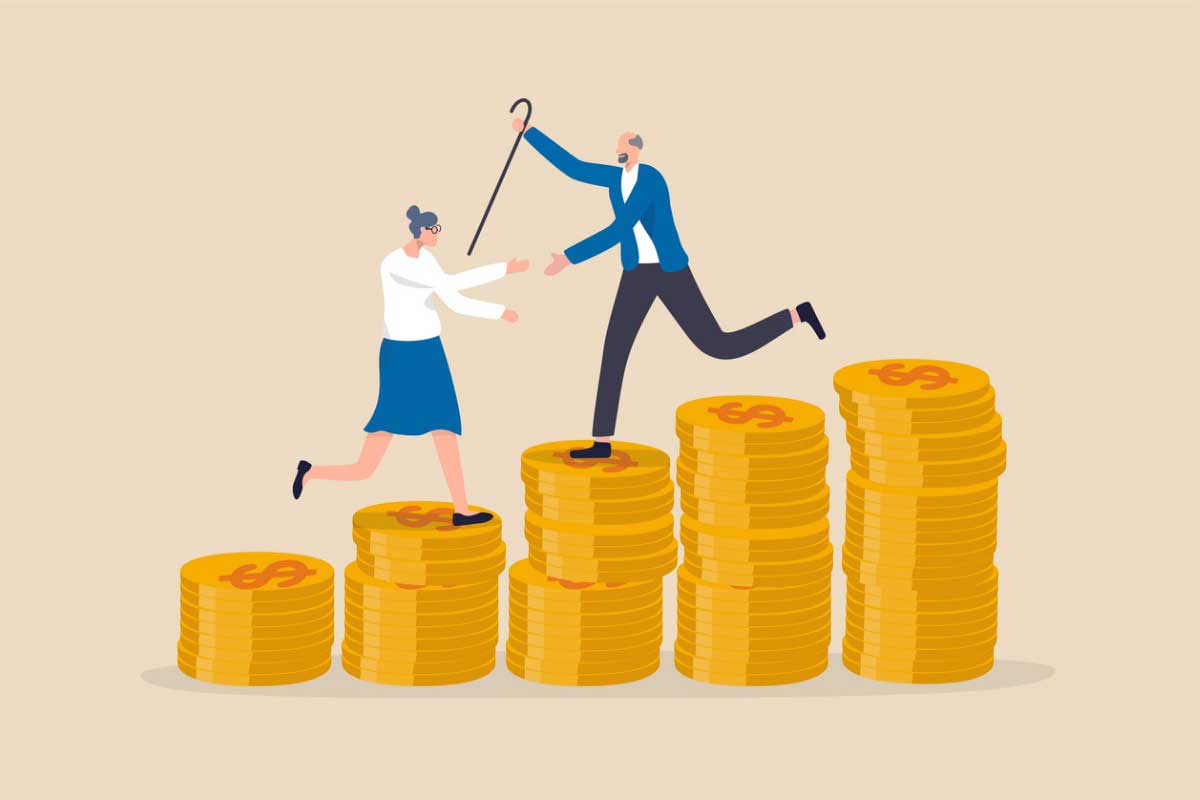 Speakers during a webinar hosted by DPL Financial Partners, “Retirement in the Era of Low Interest Rates,” discussed the advantages using of annuities over bonds for those nearing and in retirement.

DPL Financial Partners Founder and CEO David Lau noted that the economy has seen persistently low interest rates over the past 13 years and experts predict that will continue in the next decade. He said most retirement investors and advisers today are only looking to bonds to make up their fixed-income portfolios, but, with such low yields, this becomes risky for delivering desired retirement outcomes.

“Equities and riskier fixed-income strategies are being adopted to produce sufficient yield,” Lau said. “This can lock in losses and, in addition, create retirement portfolios that are overweight in equities near retirement, which subjects investors to sequence-of-return risks.”

According to Lau, a survey of advisers found that, with a low-yield bond market, 57% of respondents said they would bridge the gap between desired retirement income and yields from bond portfolios by allocating more heavily to dividend-paying stocks. He noted that this increases risk.

However, 38% of advisers surveyed said they are allocating a portion of clients’ portfolios to annuities.

“So, we’re seeing higher equity allocations in portfolios—more like 70/30—which moves the success rate to 60%,” Lau said. “To get to a 90% success rate, investors would have to save more, lower spending in retirement or work longer.”

However, Lau showed that replacing 20% of the fixed-income allocation in a 70/30 portfolio with a fixed-income annuity would increase the success rate to 72%. “Investors and advisers are increasing risk through more equities and an increasing number of investment types to generate retirement income rather than doing it efficiently through annuities,” he said.

Professor Michael Finke, the Frank M. Engle Distinguished Chair in Economic Security at The American College of Financial Services, said some investors and advisers think if a person takes more investment risk, he will end up with more money and be OK, but that’s not necessarily true. “He might be unlucky if returns are low at the wrong time, and he might have to accept a lower lifestyle in retirement,” he said.

Finke noted that 52% of Americans invest in target-date funds (TDFs), most of which follow a glide path that ends up investing the majority of investors’ savings in bonds.

“The idea that we can sit on the assets we’ve saved and draw only interest from them is no longer possible,” Finke said. “We will have to draw down assets from accounts.”

He added, “Economists can’t do with stocks and bonds what they can do with annuities. Retirees and near-retirees are better off with annuities, but many don’t know how to implement that.”

Finke pointed out that there has been a general distrust of annuity products, but annuities are a way to pool investments together to avoid the risk of not knowing how long a person will live, and they also address sequence-of-return risk.

Finke compared the income provided by annuities to a cake at a child’s birthday party. “If a parent makes the slices of cake too big, he could run out of cake, especially if more children show up. If he cuts the slices too small, the children will not be satisfied,” he explained. “An annuity is like making a deal with the cake provider that if you cut the cake into 20 pieces and 21 kids show up, Costco will provide another slice. Investors pool the risk of needing another cut [of income] with other investors in an annuity.”

Finke noted that with the low interest rate environment, buying income costs more in general, either through bonds or annuities, but buying annuities costs less than buying bonds. In addition, corporate bonds produce low returns and have no guarantee, and drawing income from bonds means liquidating assets, while buying an income annuity dedicates a sum of money to the investment.

Hugh Penney, senior director of compensation and benefits, at Yale University, a PLANSPONSOR 2020 Plan Sponsor of the Year winner, previously said one of the most significant features of its 403(b) plan qualified default investment alternative (QDIA) is it has no bond fund. “Instead, the group guaranteed-annuity investment is akin to a high-performing stable value investment that has an annuity option,” he said. “An annuity, unlike a bond fund, is guaranteed to go up every year. When the market went down 10% during the financial crisis, annuities didn’t.”

Finke showed data illustrating that a bond might cost more than $500,000 for $20,000 in income a year to age 100 with a 9% failure rate. The data illustrated that a 10-year certain lifetime fixed-income annuity costs $374,000 for the same amount of income to the same age, and the investor is only taxed on a portion of income. He explained that “10-year certain” means that if the annuity holder dies prior to the 10-year period, his beneficiary (or beneficiaries) will continue to receive the income for 10 years. Because of the pooled resources of an annuity, if the owner lives past the 10-year period, he will still continue to receive income. Finke noted that other types of annuities might have the risk of losing the investment if the owner dies early, but they will likely also provide a higher payout during the owner’s lifetime.

Finke cited a study that found people feel more comfortable spending money on things that improve their lifestyle if they know their money is not going to run out. He said another bonus to annuities is that automating income in retirement addresses the potential for cognitive decline, when investors might lose the ability to make sound financial decisions.

During PLANSPONSOR’s 2021 “What’s on the Minds of Plan Sponsors” virtual conference, Penney also noted that annuities address the issue of cognitive decline. “Accumulation is radically different than decumulation, when people face many different risks, including inflation, cognitive decline and low interest rates,” he said, which is why it is important to invest at least some of a participant’s money at this stage in variable or guaranteed annuities.

In summing up key takeaways from the discussion, Lau said annuities can generate income 40% more efficiently than bonds today. Any surplus can be invested in equities for additional accumulation. He also said the myth that assets will be locked up if an investor purchases an annuity is not always true; with a fixed-income annuity, investors have access to their account balance until all assets are paid out.

In addition, Lau noted that there are tools available to enable advisers to see how an annuity can be used to mitigate risk and deliver predictable retirement income.