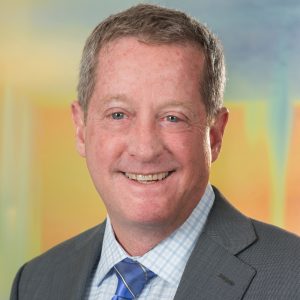 Since Innovest Portfolio Solutions won the PLANSPONSOR Retirement Plan Adviser Team of the Year award in 2014, the firm’s assets have grown five-fold, from $5.6 billion to $25.5 billion, says Gordon Tewell, partner. “The growth has been staggering to me,” Tewell says.

As a registered investment adviser (RIA) based in Denver, Innovest continues to serve all types of retirement plans, he says. However, Innovest has expanded the number of governmental 457 and K-12, higher education and nonprofit 403(b) plan clients it works with, he says.

The past six years have also seen Innovest bring in “a lot of expertise” to service these markets, including “people in the industry who may not have consulted in the past,” Tewell says.

There are now a total of 56 employees at the practice, 20 of whom are client-facing executives. “The rest are accountants, analysts, marketing executives and back-office personnel,” Tewell says.

Innovest has also grown geographically in the past six years to open offices in California, Arizona and Colorado. In all, the practice has clients in 40 states.

Asked how the industry has changed since 2014, Tewell says there are far more financial wellness offerings today. “There has been a slow, subtle shift where the retirement planning industry is now beginning to fit into the broader financial picture,” Tewell says. “Before, retirement was our only focus. Now, that is just part of participants’ broader picture. HSAs [health savings accounts], for instance, are becoming more integrated into our practices. As the pandemic broke out, we have been emphasizing emergency savings so that people have enough cash to see themselves get through this crisis. We have been working hard to educate participants about the importance of budgeting.”

Since it passed in March, Innovest has been busy educating all its plan sponsor clients about the Coronavirus Aid, Relief and Economic Security (CARES) Act, Tewell says. “That has become an important part of what we do, and it has helped prove our value.”

Innovest was able to seamlessly pivot to have its employees work from home, Tewell says. The firm has also been vigilant about issuing many messages to sponsors and participants.

“There is a great understanding across the whole firm that clients, and even internal clients, are counting on us for leadership,” Tewell says. Client meetings have become more frequent since the COVID-19 challenge emerged, he says.

While many advisory practices still have their employees working from home, Innovest began bringing back small groups of employees at a time into its offices in June, in line with the recommendations of the Colorado state government, he says. Naturally, he says, workers are distanced.

As to what advisers can do to improve retirement outcomes for participants, Tewell says the industry has achieved great strides on that front. “As we look at the course of defined contribution [DC] plans and how they have evolved, we have done a good job,” Tewell says. “We have seen the industry evolve from only focusing on investments to, today, helping people with all aspects of their financial lives through holistic wellness programs. The recent SECURE [Setting Every Community Up for Retirement Enhancement] Act, which advocates for in-plan retirement income solutions, will open up the path for those. We continue to adapt and expect to see traction gain there.”