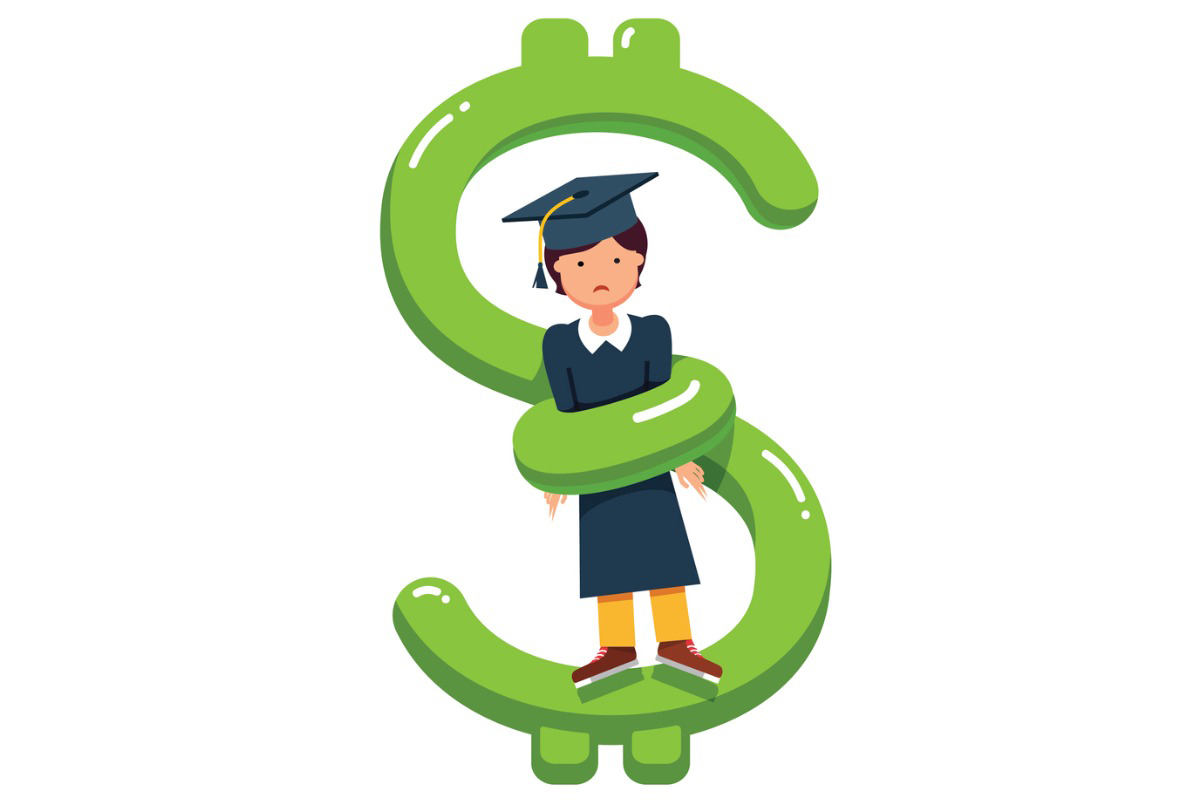 During a recent PLANADVISER Practice Progress webinar held earlier this week, three industry experts offered their insights about both the employer and employee perspective on student loan debt, and discussed how debt impacts financial wellness and retirement planning.

The panelists started by discussing a recent Legal & General Group study that shows student debt has affected Millennials more adversely than any other age cohort, with many 25-year-old to 40-year-old workers feeling financially impaired by the skyrocketing cost of college tuition at a crucial point in their lives—and in an economy struggling to recover.

But it is not just Millennials feeling the squeeze, the panelists agreed. According to the study, as of November, Americans across all generations owed a collective $1.75 trillion in student loan debt. The ballooning cost of college tuition, coupled with catastrophic economic events such as the 2008 financial crisis and the COVID-19 pandemic, have left many Millennials, Generation Xers and Baby Boomers in poor financial shape.

Since 2004, student loan debt is estimated to have quintupled, even including inflation, said panelist Matthew Rutledge, associate professor of economics at Boston College and a research fellow for the Center for Retirement Research at Boston College. Simply put, he said, a lot more debt is making its way into household portfolios, and it’s affecting how people are making all sorts of financial and life decisions.

The panelists noted that college enrollment figures have stagnated and even declined in some areas, due at least in part to the growing expenses associated with higher education. On the other hand, more people are going to for-profit universities, the panelists said, or they are receiving online-only educations that are potentially not giving them the return that would make it worthwhile to invest in themselves through college loans.

Noting that student loan debt is carrying over into the older generations as well, Craig Copeland, senior research associate with the Employee Benefit Research Institute, said it’s important to take the full scope of the issue into consideration. Particularly affected are those mid- and event late-career professionals who go back to college to try and better themselves, as well as those preparing for their kids to attend college or helping them start out in life.

In a sense, the panel agreed, student debt has now become family debt.

Many parents want to help their children pay for school, and they are willing to take out student loans themselves or even draw upon home equity lines of credit, observed Heather Kessler, a relationship manager with Coldstream Wealth Management. As a result, many workers are entering retirement age while being burdened with more debt, causing them to either plan to work longer or to reduce their standard of living.

For the best family outcomes, Kessler said, it is imperative to start having conversations about wealth and debt early, such as when the child is beginning high school. That includes discussing whether the family has money set aside for college and how much, the expectations for the child during and after college, and if the student will have “skin in the game” by having to take out the debt on their own—which may help to teach them accountability.

Going to college is a self-investment, the panel emphasized and, like any investment, it does not always pay off as expected. For example, students who are getting graduate degrees and older workers going back to school well into their careers can be more at risk of increasing their student loan burden without necessarily seeing a commensurate increase in wages, Rutledge said. Naturally, if the additional degrees don’t lead to a salary increase or a career change into a more lucrative field, then they might not be a worthwhile investment. Making things worse, it can be harder to get government support at the graduate level if a student does decide to take on the extra financial burden.

The worst outcome, Copeland said, is when someone takes on extra debt and then does not graduate. People with “some college experience” on their résumés don’t do much better than those with just a high school degree, Rutledge agreed. If students are working just to gain credentials with a graduate degree, they should make sure it’s worth their time and money.

“That’s why I talk to my own students all the time about this dynamic, especially those who are leaving school and assuming it is a good move to go straight for a graduate degree,” Rutledge says. “If you don’t know that you are definitely going to be doing the thing that your graduate degree is preparing you for, that’s a gamble that could really go against you in the end. I tell them that it is usually worth getting some workplace experience first, to make sure that it’s worthwhile to take on that additional graduate debt.”

In one of his recent research projects at Boston College and the Center for Retirement Research, Rutledge found that there wasn’t much difference between people with various amounts of student debt when it comes to their participation in retirement plans. He said this was a surprising result, as he expected to see that those with less student debt would be more likely to participate. He attributed this dynamic to the behavioral aspects of investing and the influence of automatic retirement plan enrollment.

“Behaviorally, workers seem to be in either a student loan repayment phase or in the retirement savings phase,” Rutledge said, noting that this finding emphasizes the importance of auto-enrollment and the potential role of the employer in simultaneously supporting student debt repayment and retirement savings.

He said one clear and anticipated finding was that people without student debt are able to save more than their peers with such debt—about twice as much by the age of 30. He said this is because people who have attained college degrees without taking on student debt tend to be advantaged in a lot of ways, most notably in their ability to find room in their budget for saving for retirement.

The panelists noted that employers can now offer tax-free payments toward employee student loans through 2025, which can help people after college, much like tuition reimbursement can help those who go to college while working. To deal with the fairness issue of employees who have already paid off their student loans and can’t take advantage of the program, employers have also been adding college savings accounts to allow workers to start preparing for when their children go to college.