Home > News > Practice Management > Know Where the Puck Will Be 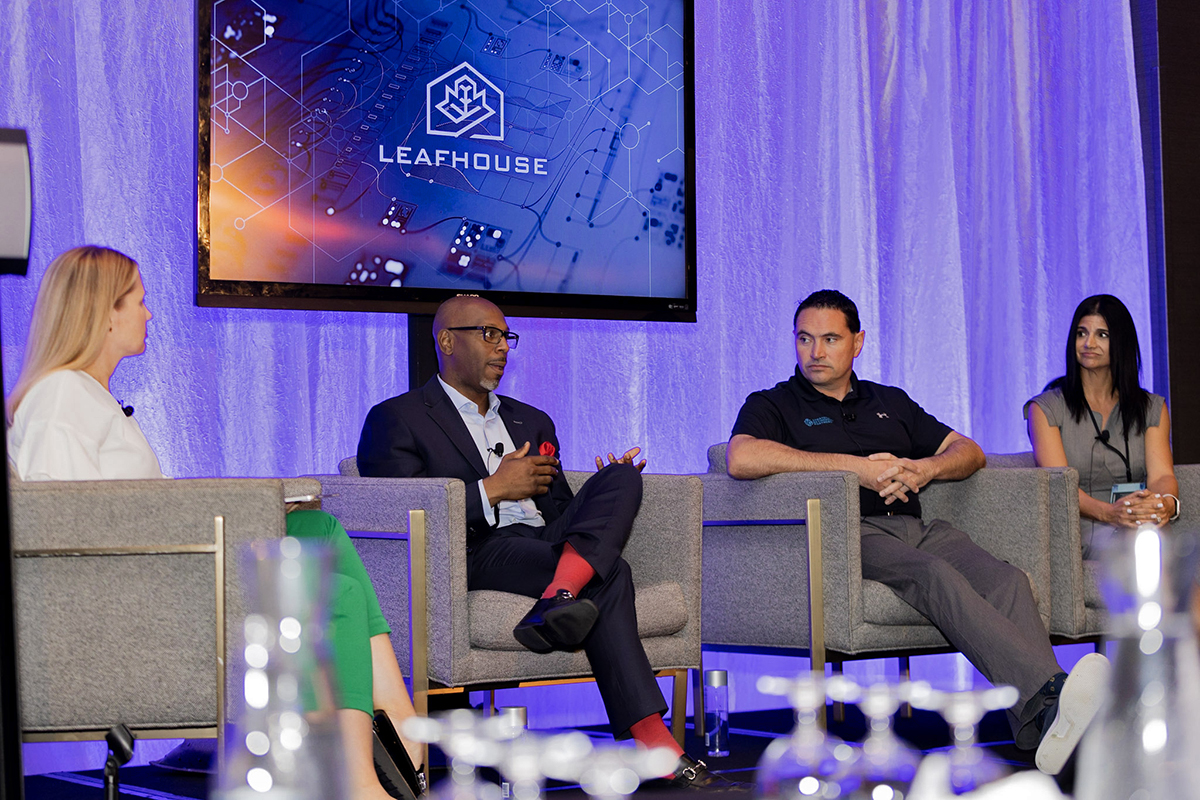 There’s a quote by hockey great Wayne Gretzky, “I skate to where the puck is going to be, not where it has been.” Angela Achatz, director, DCIO strategic accounts at Putnam Investments, likened the information to be shared during the panel discussion she moderated at the 2022 LeafHouse National Retirement Symposium to “knowing where the puck will be.” The session was titled, “Angle of Pursuit.”

“There’s so much more [to an adviser’s duties] than fees, funds, and fiduciary,” she told conference attendees. “The three F’s are table stakes. Advisers need to manage beyond them and know how to position themselves for years to come.”

Stephen Welch, vice president, financial adviser at The Foote Welch Group at Morgan Stanley, started with the angle of personal touch. He said he does wealth management as well as retirement plan advising. “On the wealth side, it doesn’t get more personalized than financial planning. On the retirement side, we need to customize,” he said.

Welch argued that “no one goes to group retirement plan meetings anymore.” He said his firm shifted from group meetings to one-on-one participant conversations eight to 10 years ago. “It moved the needle,” he said. “We got way more from those 20-minute, quarterly one-on-ones. We saw a lift in contribution levels and more plan engagement.”

Jeff Cullen, managing partner at Strategic Retirement Partners, pointed out that despite the increase in technology, there has been no broad move to robo-advice. “We tried to replace human interaction with technology, and it didn’t work,” he told conference attendees. “If you want to personalize, you have to see the whole picture, not just a participant’s investments. For example, what insurance do they have? Only one-on-ones worked for us.”

However, Renee Scherzer, principal at 401K Resources, noted that technology is needed for personalization—even if behind the scenes. “Advisers need tools from partners for education and other aspects of relationship-building,” she said. “Clients don’t need to see everything; they just want to talk to their advisers. But advisers should build a network to leverage technology and other resources to address issues they might not have insight or expertise on.”

Cullen agreed that artificial intelligence offers so much information advisers can leverage for personalization—which he says is the obvious next angle of pursuit in advisers’ relationships with participants.

Welch added that technology does have some place in interactions with participants. “Some of our one-on-ones were done on Zoom, such as for evening appointments when clients were off work.”

A New Angle on Financial Wellness

“Financial wellness” has been a buzzword in the retirement planning industry for a decade or more, but there hasn’t been a standard definition. Cullen said to him, financial wellness means getting people to the point of financial independence. “It’s being able to do what they want to do, not what they have to do,” he said.

He suggested advisers need to meet participants where they are. “For the people living paycheck to paycheck, they need a coach, not a financial planner,” he said. “Those further along financially need more.”

Cullen said people just like to be told what to do. “They don’t want to learn everything that’s in an adviser’s head. Just tell them what to do,” he said.

Scherzer said all players in the retirement planning industry have a responsibility to help participants achieve financial wellness. “If we don’t, the government will dictate what needs to be done,” she warned. “There won’t just be SECURE 2.0; there will be SECURE 3.0, etc.” Scherzer said advisers need to get engagement from their plan sponsor clients and make delivering financial wellness resources to participants easier for them.

Welch suggested that advisers are struggling with the return on investment in financial wellness—what is the benefit, why do it? However, he said, if advisers are not including financial wellness in their practice to some degree, they will be missing out on opportunities. Still, if they go all in, they’ll likely be disappointed, he added.

The third angle to pursue discussed during the panel is getting the advisor industry to look more like the people it serves. Scherzer said advisory firms need to look for new ways to find talent. “I think a lot of women are out of the workforce and need to get back and gain some confidence. So, we’re doing education about that,” she said. “Advisers should ask themselves who and what type of person they want to work with.”

Welch recounted attending a conference of African American advisers and wondering how Morgan Stanley ranked in diversity. “I realized we only have 45 Black women advisers out of 17,000 or so advisers,” he said. “What do we do about it?”

Welch said firms should be in touch more and think about looking for candidates in a different way. “Don’t look to Ivy League graduates or even finance majors,” he suggested. “Maybe a candidate doesn’t even have a degree. We need to think unconventionally. We can find talent anywhere. We need to stop overlooking people.”

“We can’t change the face of the industry by hiring within the industry,” said Cullen. “We need to tell potential candidates a different story.”

He explained that Strategic Retirement Partners has had no problem hiring young people who never thought they’d be a financial adviser, but they are mission-driven. “We get paid to help people. They buy into that mission,” he said. “Then, we don’t just give them the opportunity; we give them a path to have a stake in it.”
Tagged: DE&I, Financial Wellness, retirement plan participant advice

« The Appeal of Guaranteed Lifetime Income Option Is Growing Among Participants