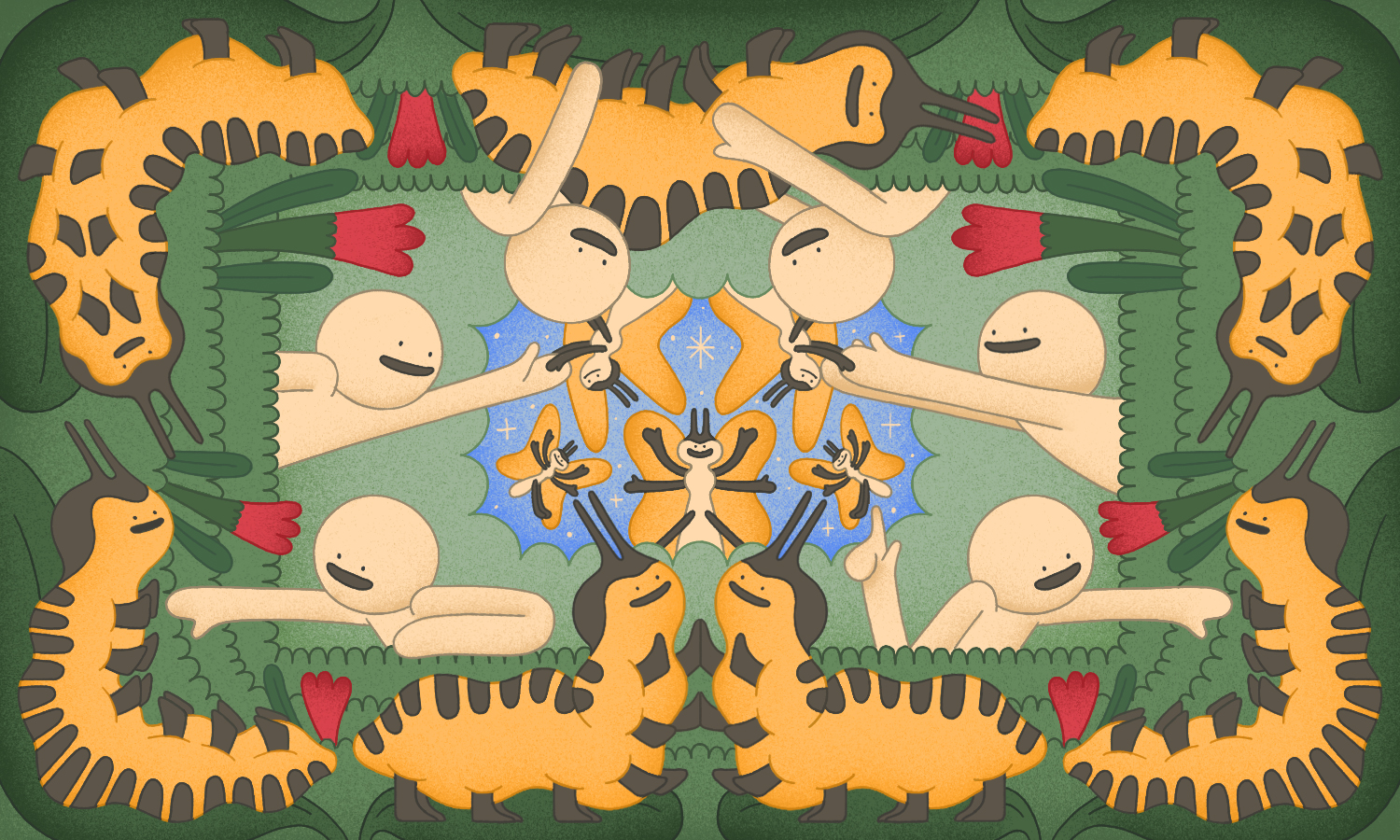 A true employee stock ownership plan (ESOP) is one in which all eligible employees—from rank and file to managers and owners—have a piece of ownership of the company through the ESOP, which only has company stock—except for a little cash—as an investment.

However, with frequent company stock lawsuits against 401(k) plan sponsors and Department of Labor (DOL) litigation regarding company stock purchase transactions, one wonders if sponsoring an ESOP is a good idea.

Mark Kossow, a member at Clark Hill law firm, whose practice is focused on ESOPs, based in Princeton, New Jersey, says retirement plan company stock investment lawsuits are outlier cases. He points out that there is empirical evidence that ESOP-owned companies are more profitable. “The value of the benefit as a retirement plan will be beneficial to employees and employers,” he says.

According to Joanne Swerdlin, executive vice president, Swerdlin & Company, an Ascensus company, who is based in Atlanta, there are more plan assets in ESOP accounts in this country than there have ever been before, and ESOPs are creating more wealth for more people every day. She says the fact that the DOL is litigating certain abuses should give participants comfort that there’s a commitment to effective oversight and getting rid of bad actors in the industry.

Jerry Ripperger, vice president of consulting at Principal in Des Moines, Iowa, says retirement plan advisers don’t provide a lot of services to ESOPs, but they should. He adds that his firm encourages plan sponsors so offer ESOPs as a complement to a 401(k) plan. “Often ESOPs are set up without plan sponsors understanding how to wrap it with their total retirement program. Advisers can come in with plan designs to help employees meet goals. They should be front and center driving the whole retirement plan strategy,” he says.

According to Kossow, an ESOP transaction involves two attorneys—one for the plan sponsor and one for the ESOP. ESOPs also need an independent trustee—that has control over assets and considers buys and sells—as well as an appraiser that works with the trustee to determine what the fair market value of the stock. In addition, a third-party administrator (TPA) or recordkeeper determines benefit allocations to participants and beneficiaries after an ESOP transaction has been made. Plan advisers can help with the selection of all these parties.

Kossow adds that advisers may also provide employee communications to explain how the ESOP works.

In addition to cash within the ESOP that needs to be managed, Swerdlin says the repurchase obligation is a huge concern for an ESOP. There is the risk of not having enough available cash to pay out employees if they become disabled, die, retire or leave the company. There needs to be a plan for funding this liability. This could call for corporate-owned life insurance (COLI) to fund this obligation, or advisers may have other suggestions for helping the company prepare for this future obligation.

Which employers should sponsor an ESOP?

According to Swerdlin, ESOPs operate successfully across a broad range of industries—large and small, public and private. But most ESOPs are established by private companies. She adds that the ideal private company candidate for an ESOP will be one that has strong cash flow and a history of increasing sales and profits, is in a high federal income tax bracket, is not heavily leveraged and has substantial stockholder equity and has capable second-line management in place.

Kossow says business owners with paternalistic feelings for employees are prime candidates for ESOPs. When business owners sell to a third party, that entity may consolidate operations, move the company elsewhere, lay off employees or change the company name. “It could hurt employees. When owners sponsor an ESOP, they have full control of the future of their organization,” he says.

He adds that ESOPs can work well for small, medium or large organizations. “It’s the culture instilled of the pride of ownership that results in the company doing better,” Kossow says.

However, he notes that if the company is too small, it may not be a good candidate for an ESOP. “There are certain rules that if a plan is too small it may be subject to excise taxes, so if a business has fewer than 20 or 15 employees, it should look at whether it is feasible to do an ESOP transaction,” he says.

Lisë Stewart, director of the Center for Family Business Excellence at accounting firm EisnerAmper, as well as founder of Galliard International, a provider of transition services for small businesses, says the presence of loyal, effective managers in the company is an important factor.

“We have found that employers who don’t believe they have family members who are interested or eligible to take over the business, but have loyal, effective, viable managers in the company who are interested in running and owning the business, but don’t have the financial resources to do so, are more likely to consider an ESOP,” says the Iselin, New Jersey-based Stewart. “In addition, the current owners need to be able to withstand the slower payout period and to be willing to give up the leadership of the company as the stock transfers to the employees. The current owners need to have a high level of trust in the current management team, good communication skills, a willingness to work with a board and a thorough understanding of how ESOPs work.”

She adds that ESOPS can be an effective option for mid-sized companies that can afford the administration fees and are willing to work within the mandated structure. “Over the past 35 years, approximately 40,000 U.S. companies have decided to engage in the ESOP process, often because they are able to create some shareholder liquidity, without selling all of the company (a partial ESOP) and therefore, they get the cash, but don’t have to relinquish full control of the business. This is a very attractive option for many owners,” Stewart says.

Ripperger says ESOPs offer tax advantages, build retirement savings for employees and allow employers to reward and recognize employees for building the value of the company.

Stewart explains there are multiple tax advantages associated with an ESOP for both the seller and the new “owners.” The owner sells his stock in a tax-free transfer and the employees can save proceeds on a pre-tax basis. It also allows for a gradual transition of control throughout the transfer and may last indefinitely if the owner or owners decide not to transfer all of the stock. It can be an opportunity to train the emerging leaders, enhance the management skills and engage employees across the organization over a reasonable amount of time, leading to more stability.

Swerdlin points out that ESOPs are also sanctioned under IRC Section 4975 with the ability to borrow funds to purchase those securities from a company or a shareholder without incurring a prohibited transaction violation. “These applications under IRC Section 4975 give an ESOP its unique ability to serve as a tax-efficient, ready-made market to buy out shareholders—and not just for one transition,” she says. “A well-designed ESOP with a well-managed ‘repurchase obligation’ strategy is an effective ongoing transition tool that provides retirement benefits for many ‘owners’ over future years, not just the original founders.”

Swerdlin adds that a gradual buyout may give a younger owner the opportunity to diversify some of his investment in the company that he’s worked hard to build, instead of selling completely out and going to work for a new owner (or just moving on). It may give an older owner time to groom trusted managers or recruit new talent to build a stronger management team so that he can truly retire knowing the company he worked so hard to build is in the best hands.

“From an owner’s perspective, a major benefit of selling to an ESOP versus a third-party is the overall transition/sale can occur completely on the shareholder’s timetable,” she says.

Getting into the business of advising ESOPs

In order to break into this market, Swerdlin says her firm would suggest joining the ESOP Association and the National Center for Employee Ownership (NCEO)—the two largest national organizations that support ESOPs. “Begin attending their conferences,” she suggests. “Regional and state conferences are held in most areas of the country on an ongoing basis. Their websites identify conferences in each area.”

She adds, “By meeting other professionals and service providers who work with ESOPs, financial advisers can promote themselves as a resource. When ESOP professionals become comfortable with an adviser, they’ll begin reaching out for assistance when an occasion arises. It may be for a plan sponsor’s 401(k), a need for a tool to manage repurchase liability for retiring participants of an ESOP, or to set up a non-qualified plan for key executives.

Ripperger suggests advisers start relationships with business owners and have a business succession conversation—discussing how the owner is going to pass on, and get liquidity out of, his business.

Swerdlin’s last piece of advice: “An adviser must be seen—and not just once. Stick with it. Be a consistent—like everything else, it takes time to gain the trust and confidence of other professionals. Be patient and ESOP professionals will begin reaching out—it’s all about relationships. It’s worth [a retirement plan adviser’s] time, because the ESOP market offers a wealth of opportunities for advisers who are prepared, well informed and ready to help.”

« Is Your Advisory Business Market-Ready?