Home > Exclusives > News > Compliance > Could This Be a DOL ESG Framework That’s Here to Stay? 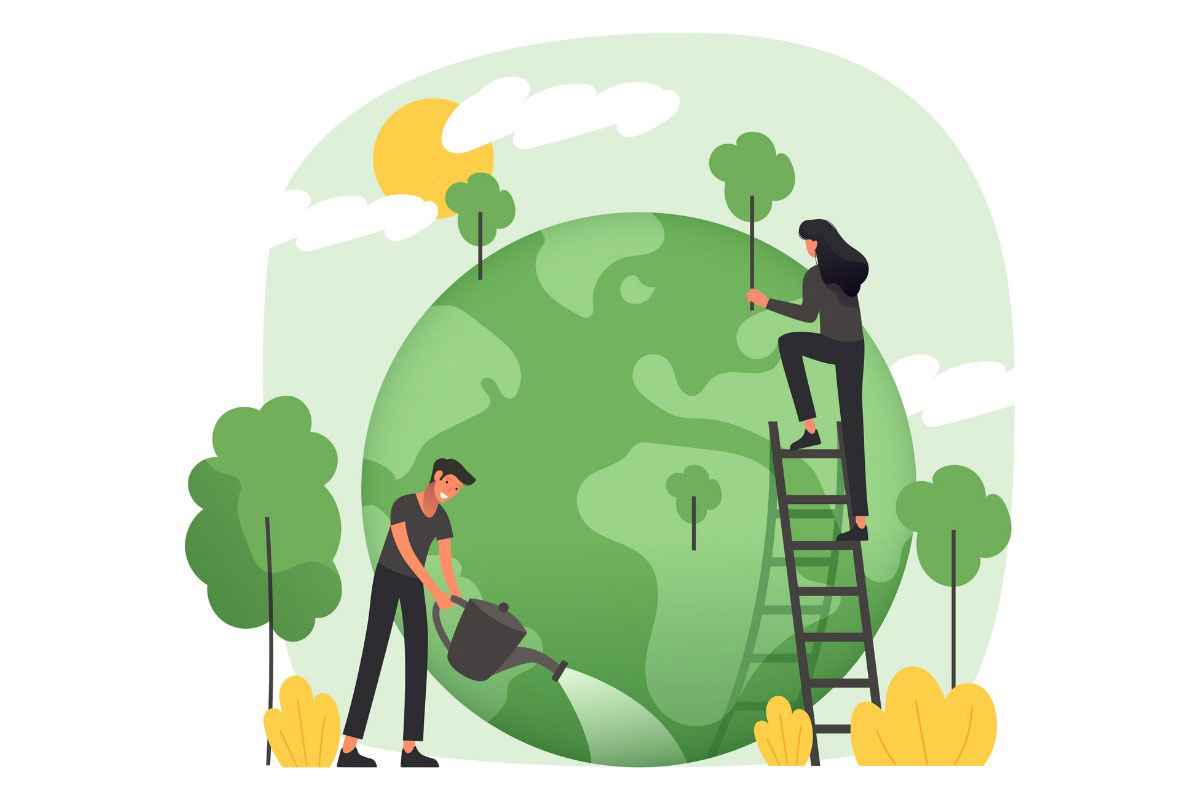 The U.S. Department of Labor (DOL) announced a proposed rule two weeks ago that would remove barriers to retirement plan fiduciaries’ ability to consider climate change and other environmental, social and governance (ESG) factors when they select investments and exercise shareholder rights.

Titled “Prudence and Loyalty in Selecting Plan Investments and Exercising Shareholder Rights,” the proposal stretches to 109 pages and, as is par for the course, includes some fairly nuanced language that speaks to fiduciaries’ duties under the Employee Retirement Income Security Act (ERISA). Now that retirement plan industry experts have had some time to digest the proposal, many seem to like what they see, with the early consensus being that the rule should facilitate broader use of ESG factors by investors who have long been calling for such an expansion.

The proxy voting side of the proposal will be addressed in a subsequent article, but the feedback on that side has also been largely positive.

John Hoeppner, head of U.S. stewardship and sustainable investments, Legal & General Retirement America, tells PLANADVISER he had anticipated that the DOL would provide some clarifying language about the reasonability of ESG-integrated options, but he was “delighted and surprised” to see the rule specifically call out the use of ESG factors within investment options serving as a retirement plan’s qualified default investment alternative (QDIA).

“The signaling impact of this decision is enormous, in my opinion,” Hoeppner says, noting his organization was “quite concerned” about the ESG and proxy voting rules that had been implemented late in the Trump administration. In Hoeppner’s view, those rules were overly restrictive and seemed to be tied to a more antiquated perspective on the purpose and technical aspects of ESG investing.

“In terms of the comment period and the final rule, I expect this package could be slightly modified, but I think the main parts will stick,” Hoeppner says. “Then, the real action happens when the first one or the first handful of major corporate defined contribution [DC] plans publicly change their default to an ESG option—when you get the likes of a Disney or a Ford moving in this direction. That will be a really big deal that could drive significant momentum toward more universal use of ESG investments within U.S. retirement plans.”

Julie Stapel, a partner in Morgan Lewis’ ESG and sustainability group, notes that the timing of the filing is meaningful. In basic terms, the fact that this proposal has been made relatively early on in the Biden administration means it will have much more time to actually be implemented and to gain momentum compared with prior administrations’ efforts to change the rules in this area.

“My first overall impression is that, if this is finalized in something like its draft form, it will be very helpful to fiduciaries who have already started to go down this road toward embracing ESG investing,” Stapel says. “I think plan fiduciaries, as represented by the clients we work with, are at many different places along this road, due to a variety of factors, but this proposal will make their journey far easier and more secure.”

Echoing comments made by Hoeppner, Stapel says the proposed rule likely won’t cause a massive, sudden change in direction for the institutional retirement planning marketplace—but it may spark different parties to start thinking more seriously about ESG investing, and, in her view, that is a good thing.

“This proposal is a pretty unequivocal statement of the DOL’s view that, not only can ESG be an appropriate fiduciary consideration, sometimes it actually needs to be,” she says. “I don’t think the DOL could have given a clearer endorsement of ESG investing under ERISA.”

The QDIA Language Matters Most

Stapel says she feels the part of the proposal addressing QDIAs is meaningful, though she was less surprised to see it than Hoeppner was, given her opinion that the Trump administration’s rulemaking in this area caused a lot of confusion and consternation among both the asset management community and retirement plan sponsors.

“The issue was that practically all the off-the-shelf QDIAs that are so popular in the marketplace are already using ESG factors to one extent or another,” Stapel observes. “There were a lot of people asking questions about whether their QDIA might actually be running afoul of the rules. The proposal directly addresses this very real and important concern.”

In a blog post on the proposed rule, Sarah Bratton Hughes, global head of sustainability solutions at Schroders, says the regulatory activity demonstrates the current administration’s view that ESG factors often can be a critical component in assessing potential investments.

“If the final rule is adopted substantially as proposed, it would signal a significant moment for the U.S., but would also draw interest from those working with sustainability rules in other investment markets,” she says. “The direction in the U.S. is now clear. The approach taken prior to 2017—and unwound by the previous administration—is coming back. We have gone back to the future.”

ESG Is About More Than Climate Change

As Bratton Hughes explains, although climate change is mentioned throughout the proposal’s preamble as a major potential risk impacting long-term returns, the DOL is clear that material ESG factors can address much more than just climate change. To this end, it included several examples. Under the heading of workforce practices, for example, the DOL cites as potentially financially material a corporation’s progress on workforce diversity and its level of investment in fostering positive labor relations. Under governance factors, the DOL says items such as board compensation and transparency in corporate decisionmaking can be important—as is a corporation’s avoidance of criminal liability and its compliance with labor, employment, environmental, tax and other applicable laws.

Hoeppner, Stapel and Bratton Hughes all say the proposal’s “ESG tiebreaker” language is somewhat important. Currently, collateral ESG factors can be considered only as a tiebreaker where two competing investments are economically indistinguishable. Moreover, the rules as they exist today impose significant documentation provisions, requiring investors to demonstrate that the tiebreaker was used only in that limited context.

The proposed rule, on the other hand, would adopt a more general principle. Under that language, when a fiduciary concludes that two competing investment approaches “equally serve the financial interest of the plan,” the fiduciary could base an investment decision on “economic or non-economic benefits other than investment returns.”

Bratton Hughes says the Biden DOL seems to think the special documentation requirements from the previous rule create an impression that fiduciaries should be wary of considering ESG factors, even when those factors are financially material to the investment decision.

All three sources say this is a positive step forward for ESG investing in the U.S.

Stapel says there’s one potentially important change she would suggest to the proposed rule.

“It has to do with the section of the proposal labeled (b)(4),” she explains. “This section is where the proposal spells out that fiduciaries can consider ‘anything that is material to the risk-return analysis of an investment.’ This would have been a good place to put a period and stop—to just leave the language as direct as possible. But the proposal goes on to give potential examples, such as climate change and several other things. I fear that these examples, because they are written into the proposal, may reduce the durability of this rule if and when we face a change in the administration. It only serves to alienate, that language. To put that finer point on it, I’m afraid that part of the proposal may bring in politics, frankly.”

A team of attorneys with the Wagner Law Group also sent their interpretation of the proposal to PLANADVISER. They emphasize that the details of the proposed regulations will be scrutinized by many different concerned parties in the coming months, noting that public comments are due on December 13.

“Unlike the 2020 rule, however, this proposed revision of the investment duties rule arguably creates more room for the neutral exercise of fiduciary discretion with fewer regulatory constraints,” they write, “Thus, it is likely not to generate a wave of opposition as its predecessor did.”

“The rule may actually cause plan sponsors to seek out descriptions of the ESG characteristics of funds which are not ESG-focused/impact funds,” he says. “This is because the rule, both in text and in the preamble, discusses the importance of the economic aspects of ESG. The regulation states that investment considerations ‘may often require an evaluation of the economic effects of climate change and other environmental, social or governance factors on the particular investment or investment course of action.’ This could be read to imply that plan sponsors need to be able to justify any decision not to consider ESG factors.”