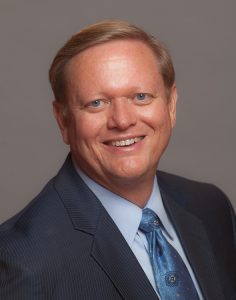 The SageView Advisory Group won the PLANSPONSOR Multioffice Team Adviser of the Year award in 2014 while boasting an impressive 25 offices across the country, with its headquarters in Irvine, California.

Since that time, the firm has nearly doubled its footprint and has expanded to 45 offices across the U.S.

Randy Long, chief executive officer, attributes this growth to more retirement plan advisory practices recognizing the successful model SageView offers as one of the leading aggregators in the country.

“Advisers are actively looking to join us,” Long says. “That has been part of our strategy.”

From SageView’s perspective, with the addition of each advisory practice, the company is able to expand its areas of expertise, Long says. That includes such areas as serving 403(b) plans run by higher education institutions and advising 457 plans run by local governments. The practice’s focus continues to be in the middle market, which SageView defines as plans with $60 million to $250 million in assets.

Since winning the award, SageView has changed its service model in the past six years by focusing more on financial wellness and on participant outcomes. All clients continue to be served by a lead adviser, supported by an investment expert, a relationship manager who is a certified financial adviser and a wellness team that handles participant education.

“They are big sources of new business,” Long says.

Looking across the industry landscape, Long says he believes that the consolidation that has taken place among recordkeepers and, in particular, advisers, has played to SageView’s strengths as an aggregator.

“It is harder for advisers to operate as solo practices,” Long says. “Today, it takes a lot more resources and a true team effort.”

Long says he is optimistic about the future of the retirement planning industry because recordkeepers have become more dependent on independent fiduciaries and have developed stronger ties with them.

Long says that when the COVID-19 pandemic emerged earlier this year, the advisers in all 45 offices quickly began using Zoom for virtual meetings. He remarks that advisers’ conversations with plan sponsor clients are focused on helping them reach plan participants in a remote environment and encouraging participants, including those who have been furloughed, to build out their emergency savings.

“There is so much more focus now on budgeting and helping participants plan for their future,” Long says. “Participants are much more aware and concerned about their retirement readiness.”

This year, in response to the coronavirus, SageView began working with the Orange County Rescue Mission to provide remote learning programs to local schools, Long says.

As to what retirement plan advisers can do to improve plans and participant outcomes, Long says, the most important thing is “to inspire participants to participate and engage in their retirement plans—and then getting them to increase their contributions over time.”