Reflecting on the common conversations they are having with their near-retiree clients, advisers say there is broad certainty that taxes will increase in the future, and also a lot of fear about a market correction. 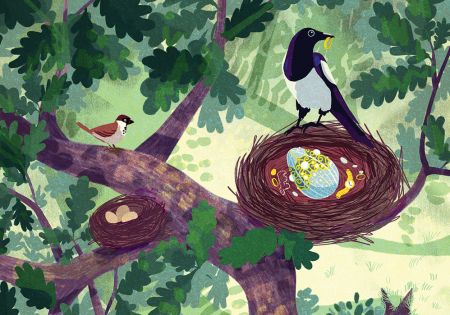 Education on saving should include a tax talk, but what can advisers safely say?
Compliance November 19th, 2020

Experts say the president-elect could start the process of shoring up Social Security and embrace ESG investing.

Roth Option Viewed as Another Avenue for Diversification

Experts say sponsors should offer a Roth option so that participants can diversify their tax situation in retirement.
Data & Research October 26th, 2017

An Employee Benefit Research Institute analysis breaks down the number of 401(k) contributors who would be affected by a mandatory, partial Rothification proposal in tax reform.
Client Service October 19th, 2017

Nominating a plan sponsor client is a great way to show appreciation and highlight important best practices that are improving outcomes for defined contribution and pension plan participants. Nominations for all types of retirement plans will be considered, so don’t delay.
Investing September 6th, 2017

Roth Tax Treatment Remains a Mystery for Many

Advisers say the elimination of tax incentives to save would deter participation and lower savings rates.
Compliance August 25th, 2017

“The tax rules have always been designed to tie the interests of the employer and the employee together," one former EBSA official says. “So if you mess up the tax treatment and remove the incentive to offer a plan, small businesses aren’t going to go through the trouble, risk and expense of offering one at all.”
Data & Research August 14th, 2017

The study finds most people do not consider tax implications before deciding whether to defer into retirement plans' pre-tax or Roth accounts.
Client Service August 11th, 2017

This is according to a survey by the Committee on Investment of Employee Benefit Assets Inc. of its members.
Investing August 4th, 2017

Thirteen Percent of Workers Are Saving in a Roth 401(k)

Roth Contributions on the Rise

The amount of employers offering Roth contributions in their 401(k) plans rose by 50%, according to a study by T. Rowe Price.
trendspotting

Not Keen on State-Run Plans

IRAs Serving Their Purpose as a Savings and Rollover Vehicle

Investing in a Roth versus a traditional IRA effectively raises the limit on what one can save, leading to materially greater wealth in retirement in the vast majority of tax scenarios.
Client Service January 18th, 2017

A Transamerica survey found that 34% of Americans believe extending the Saver’s Credit to all filers regardless of income should be a priority for incoming President Donald J. Trump and the new Congress.