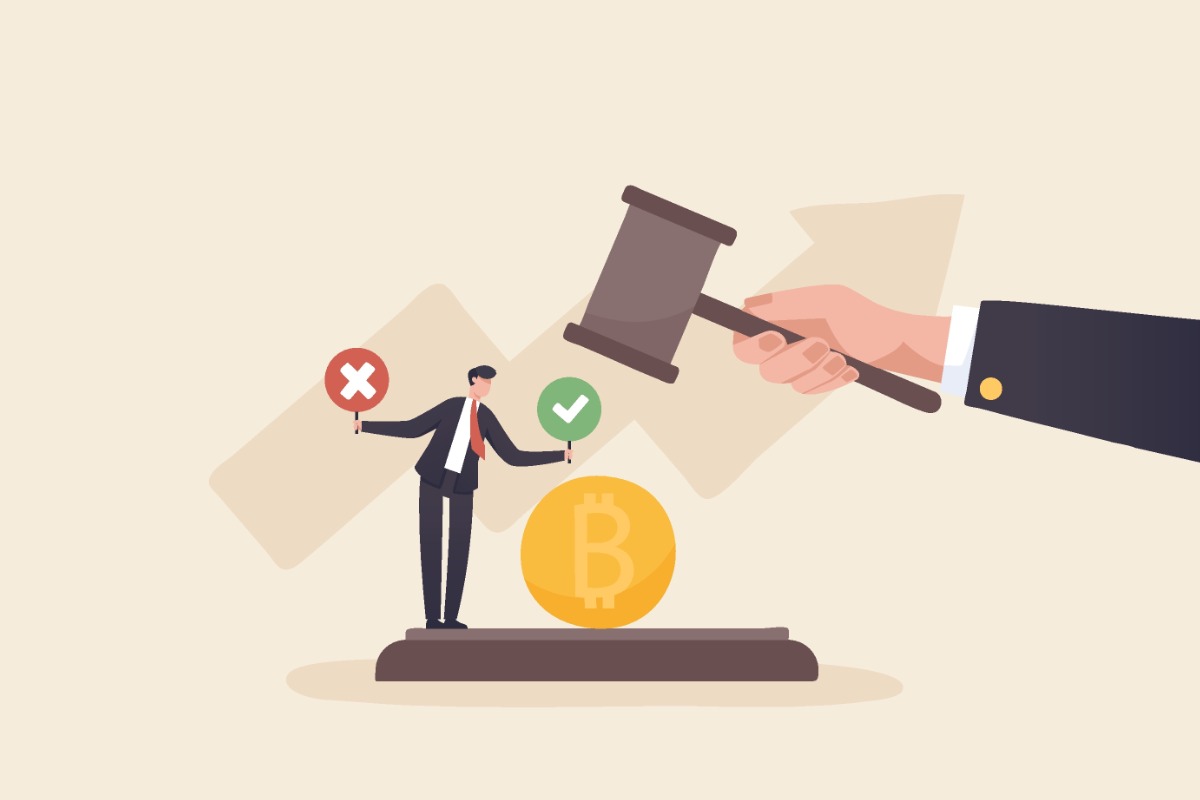 A bill from earlier this year that seeks to provide comprehensive regulation to digital assets and aims to clarify the way cryptocurrencies are regulated was discussed at a conference hosted by Georgetown’s Psaros Center for Financial Markets and Policy.

Speaking at last week’s event, Sens. Kirsten Gillibrand, D-New York, and Cynthia Lummis, R-Wyoming, discussed legislation they sponsored called the Responsible Financial Innovation Act, that would clarify which digital assets should be regulated as commodities under the authority of the Commodity Futures Trading Commission and which are securities to be regulated by the Securities and Exchange Commission.

The senators said the bill recommends applying the “Howey Test” in determining whether a particular digital asset is a commodity or security. The Howey Test is a four-prong test, and if all four criteria are met, the item is deemed a security. The criteria are that an investment of money must be made; the investment must be made in a common enterprise; that enterprise must have an expectation of profit to the investor; and that profit is to be derived from the profit of others. Under this framework, the large majority of digital assets would be considered securities, but certain cryptocurrencies such as Bitcoin and Ethereum would likely be commodities since they are considered replacements for sovereign currencies.

The legislation would also require the Government Accountability Office to conduct a study on the involvement of cryptocurrencies in retirement plans and the risks and the opportunities that would come with their inclusion in those accounts. Title V of the bill would also require crypto businesses to make certain disclosures to consumers, such as the risk associated with crypto, the source code for the asset, and the asset’s legal treatment. The bill would also require federal executive branch agencies to develop security guidelines Yuan (Chinese currency) on U.S. government devices.

The bill is still in the committee markup stage in the Senate and Gillibrand expressed optimism that it could be passed this year, However the legislation has not yet come to a Senate vote and has not been put forward in the House yet. If unpassed by January, the bill would need to be reintroduced in the next Congress.

Sen. John Hickenlooper, D-Colorado, who is not a co-sponsor on the Gillibrand-Lummis legislation, sent a letter to the SEC last week urging them to clarify which digital assets are securities, to determine what disclosures are necessary, and establish a registration regime for digital asset trading platforms.

The interest in crypto in retirement plans has been growing but is still controversial. An expert on another panel at the Psaros Conference, Anna Paglia, the global head of ETFs at Invesco, said that when it comes to crypto “make sure you only invest the portion you are willing to lose completely,” and “I don’t know if I would ever recommend it.”

BitWage, a provider of Bitcoin, and ForUsAll, a 401(k) provider, have recently come together to allow participants in employer-sponsored retirement plans to invest up to 5% of their total portfolio into cryptocurrencies. Fidelity also unveiled a retirement product earlier this year, the Fidelity Digital Assets Account, which would permit investment up to 20% of a retirement portfolio’s value.

Brian Shroder, the CEO of Binance, said at the Psaros Conference that approximately 70% of the crypto trading on his platform is “institutional” suggesting that these sorts of retirement products may yet become more accepted in the retirement investment space.

« Insights on What Really Matters to Participants