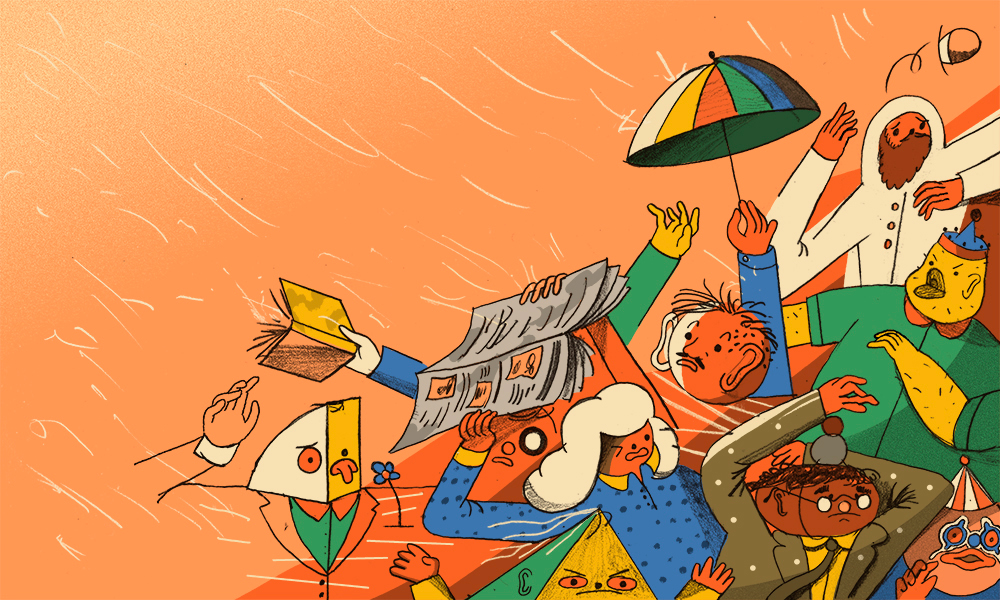 Brian Francetich, director of GSRIA and managing underwriter at Golsan Scruggs, has worked for more than a decade as a matchmaker between registered investment advisers (RIAs) and errors and omissions (E&O) insurance carriers.

Francetich’s firm works with nearly 1,000 RIA clients, as well as a small number of broker/dealers and fund companies. He emphasizes that Golsan Scruggs is not an insurance carrier, but rather an independent brokerage agent placing business with skilled carriers in this space.

In a phrase, Francetich says RIAs’ understanding of the nuances of E&O policies is lacking. Likewise, he says, generalist risk experts at the major insurance companies do not necessarily know a whole lot about advisory firms or the sale of securities. As one would expect, this can cause confusion and the occasional point of friction in the E&O policy shopping process.

“The typical contract may be 60 pages or more of granular detail, so it’s always going to be challenging to shop for E&O policies, even for people with a lot of experience,” he says. “E&O is hard for RIAs to really comprehend. Even if you have read the whole contract, there is so much in there. It’s going to be hard for anyone to understand everything that’s contained or implicated in the document.”

According to Francetich, RIAs will be best served by contracting with one of the seven or eight leading providers of E&O insurance for advisers. He adds that a list of these firms, as well as details about the services they provide, are available on the Golsan Scruggs website.

“More and more insurers have moved into this space,” he says. “As a result, there are some providers with much less experience than others. We see some firms that are insuring RIAs in what we think are unsuitable ways, for example trying to do E&O-type coverage under miscellaneous professional liability forms. Some are using bankers’ professional liability forms, and some are even using tax preparer insurance forms.”

Francetich says this is like trying to use a hammer when a screwdriver is the right tool.

“When you get into the language of some contracts, it doesn’t always match up with the unique risks and exposures that RIAs face,” he warns. “The core providers have built specific coverage forms designed around the Investment Advisers Act of 1940—that’s the center of the coverage and they build out from there. This approach is the soundest legal basis for insuring RIAs, in our view.”

Be ready to shop for insurance

In terms of pieces of advice or simple tips to give to advisers to start the process of shopping for an E&O policy, Francetich say’s these are going to sound a lot like the common pieces of advice that advisory firms hear when they are looking to professionalize their practice.

“You need to be able to demonstrate that you have a culture of compliance that is built around firmly established best practices,” he says. “You need to show that you have the policies and procedures, and you also need to be able to show that you are actually effectuating these policies and procedures. Also very important is demonstration of the scope and scale of service. A lot of time this is in the advisory agreements, but it might not be very clear or intelligible from the perspective of the whole RIA business. You need a very clear outline of what services you will provide and won’t provide for clients.”

For firms that have had recent claims against their existing E&O policies, this will make the shopping experience a lot more challenging—particularly if there are multiple claims and if any of the claims are still open.

“Let’s say someone has had three or four claims in the last 12 months and the claims are all open, and now their policy is coming up for renewal and they’re going to be dropped by their existing carrier. You probably won’t be able to find coverage that is going to look to the past and pick up that liability,” Francetich says. “We occasionally see situations where the client shops around and realizes the economics of a risk transfer aren’t going to make sense at this juncture. Usually you can find someone that will offer you a policy, but it’s a question of cost and coverage.”

In this sense, Francetich says the E&O insurance market for RIAs is like the Wild West.

“Because the Insurance Services Office has not created a standard coverage form, you will see a huge amount of diversity in the policies offered,” he explains. “You will see policies issued at very high premiums that in the fine print carve out some of the key coverage areas. There is a very open ability to do this.”

It is vital for advisers to understand that there are two sub-markets of providers. First are carriers that are “admitted,” meaning they have to adhere to oversight from the state insurance regulators. And then there are “non-admitted” insurers. This second group has essentially free reign to write whatever they want into their policies.

“In this non-admitted space it is truly buyer beware,” Francetich warns. “You could buy a policy that excludes 90% of what you do as an RIA. I’ve actually run into those types of policies before.”

According to commentary from RIA in a Box, which provides compliance solutions for investment advisers, RIA firms are not actually always required to secure errors and omissions insurance from a regulatory standpoint. But in its role as an RIA registration and compliance solutions provider, the firm strongly recommends that investment advisers secure adequate E&O insurance coverage.

In an introductory guide published on its website, the firm warns that any RIA firm that does not have proper E&O insurance coverage is exposing itself to serious business risk.

“Unfortunately, just like many forms of insurance, the devil is often in the details when it comes to RIA E&O plans,” the firm warns.

One of the first and most obvious areas to look at with any potential policy is going to be the annual premium, according to RIA in a Box.

“Just like other forms of insurance, higher levels of complexity, risk, and coverage limits will lead to a higher annual premium cost,” the firm says. “In the investment adviser industry, you’ll often see higher premiums for advisory firms that utilize alternative investments, have past regulatory disclosure issues, or have relatively inexperienced principals who are the new to the industry.”

Next and just as important as considering cost is reviewing, in very fine detail, the real coverage limits coded into the potential contract.

“It is important to note that there may be separate limits for an alleged act, all acts combined (aggregate), or for the overall master policy,” the guide explains. “There are a wide range of coverage limits. The higher the coverage limit, the greater the premium cost.”

The deductible also must be carefully considered. Just as in health insurance or auto insurance, this is the amount of money the investment advisory firm will pay out of pocket before the E&O policy kicks in. Naturally, the lower the deductible, the greater the premium cost, RIA in a Box says.

Next to review will be the interplay of master policies versus individual policies, the guide says.

The firm recommends advisers perform “a high level of diligence” to clarify whether a policy is for the individual firm or part of a larger risk-sharing pool.

Finally, but far from exhaustively, the firm says RIAs should carefully review any contracted exclusions.

“Unfortunately, many professional liability insurance plans have a laundry list of exclusions. Be sure to review the full list of exclusions when comparing plans to see what differences may exist,” the firm warns.

« Workplace and Retail Advice Should be Complementary