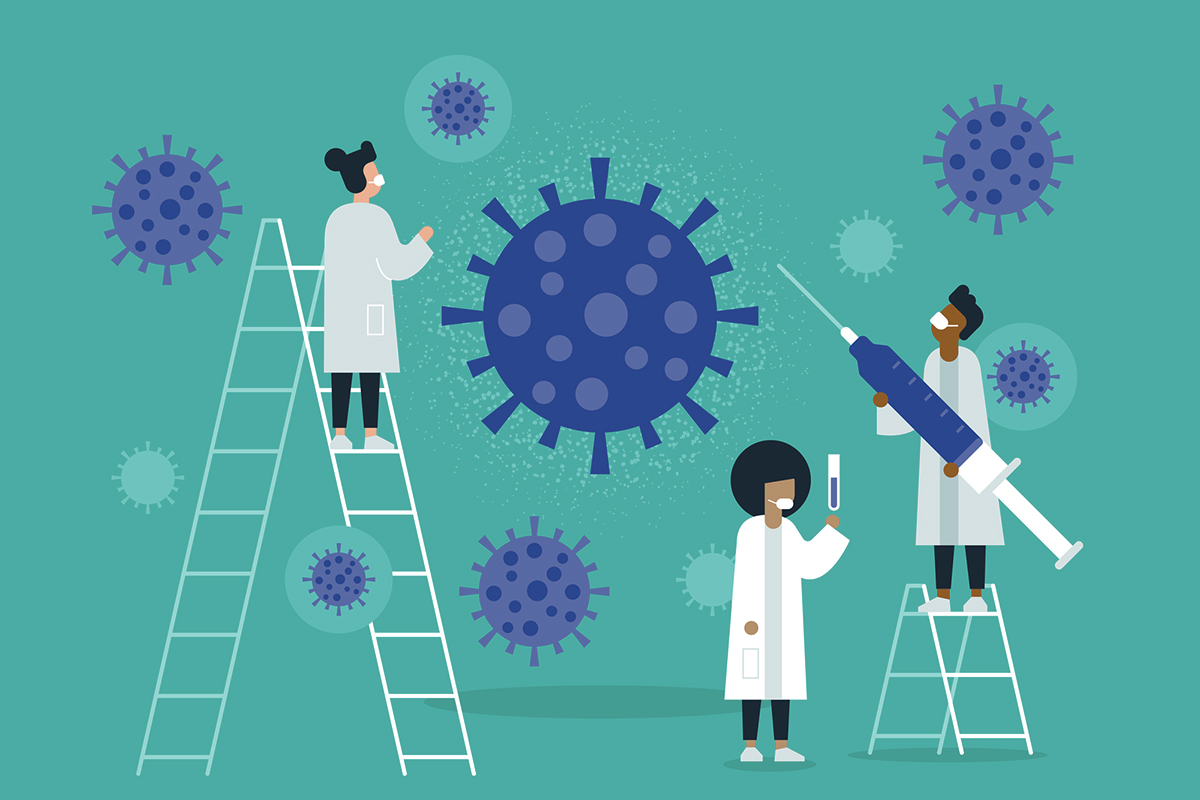 Jim McDonald is an executive vice president and the chief investment strategist for Northern Trust, as well as a regular source of market intelligence for PLANADVISER Magazine.

To put it simply, McDonald’s most recent comments were refreshingly optimistic, and for two main reasons.

The first is the outcome of the U.S. presidential election, and the second is the remarkable data now emerging about the efficacy of multiple coronavirus vaccines that appear to be far better at preventing COVID-19 than most scientists or market watchers had dared to hope. Of course, the current surge in infections across the nation is highly worrying, McDonald says, but there is now a real sense of light at the end of the pandemic tunnel for the first time.

“While the results are not yet final, all the media organizations have called the presidential election for former Vice President Joe Biden, and the financial markets are pricing in a divided government,” McDonald says. “We thought this was the second most likely of our four main scenarios, going into the election, but we graded it as the most beneficial to economic growth.”

McDonald says there is hope that the incoming Congress can reach an agreement on targeted fiscal stimulus, while tax increases are likely off the table. That said, two Senate seats in Georgia have yet to be decided, as both elections have moved to a runoff, so the makeup of the Senate and its party control are still up in the air.

“A sweep by either party would have allowed that party to effect tax and spending plans through the reconciliation process, thus avoiding the filibuster blockade in the Senate,” McDonald notes. “The biggest change looks to be in the House of Representatives, where the Republicans’ seat gains look to be in the double digits.”

McDonald says some of the results of the election at the state level are contradictory and almost bemusing. For example, Florida voters went solidly for President Donald Trump, showing their conservatism. At the same time, Florida’s electorate approved an increase in the minimum wage to $15 per hour, which can only be described as a liberal policy development. On the other hand, voters in California went overwhelmingly for President-elect Joe Biden, a Democrat, while they also rejected several progressive ballot measures that would have created more protections and benefits for gig workers.

“Anyone who follows our capital market assumptions will know that the need to address income inequality is one of our consistent themes,” McDonald says. “We often say that we need to reimagine capitalism to be more equitable. The 2020 election results on that theme were mixed, as we saw in the Florida and California referendums.”

Turning to the vaccine efficacy data that has emerged in the past two weeks, McDonald says the importance of the outsized success suggested by the preliminary findings cannot be overstated. Drugmaker Pfizer announced last week that its vaccine, made with German firm BioNTech, was more than 90% effective in preventing COVID-19 in early study results. And Monday morning, the drugmaker Moderna announced that its vaccine was 94.5% effective in early study results.

“The market has been pricing in the idea that vaccines were going to happen sometime in late 2020 or early 2021, but they were thinking a solid vaccine might be, say, 60% effective,” he observes. “The fact that multiple vaccines now appear to be 90% effective, or even better at preventing infection, is very positive. First of all, it improves the odds that people will take it, knowing how effective it is. Your risk-reward calculation changes a lot when you know the vaccine will almost certainly prevent infection. Second, and less well appreciated by the public, is the fact that such a powerful vaccine can really help us accelerate herd immunity. It could take half as long with such an effective vaccine.”

McDonald says he is also encouraged that the first vaccine success stories are tied to already well-known and, for the most part, highly trusted and respected pharmaceutical corporations. Another positive, he adds, is that not all of the vaccines that appear to be successful require extraordinarily cold shipping temperatures. Though the Pfizer vaccine does—its report notes that the vaccine must be stored at minus 94 degrees Fahrenheit—others require merely normal freezing or no “cold chain” at all.

In related commentary shared by economists at Kingswood Capital Management, there is agreement that the prospects for 2021 look significantly brighter. The Kingswood economists highlight the fact that as many as 170 vaccines are in development, with a dozen or so now in late stage trials.

“The recent news on the Pfizer vaccine, which is effective in preventing 90% of people from contracting the virus, is a major step forward, but it is not a silver bullet,” they warn. “A mass roll-out of vaccines will take time, and logistical issues will be increased by the need to store the vaccine at ultra-cold temperatures. It is also far from clear what proportion of the population will be willing to be vaccinated and how long immunity will last. All the same, vaccines, along with faster testing and better contract tracing, should allow economies to continue their return towards normality next year.”

The Kingswood economists agree that President-elect Biden’s victory makes it more likely that policymakers could agree to a new fiscal stimulus package over the next couple of months.

“However, if, as seems likely, the Republicans retain control of the Senate, the stimulus’ size will be considerably smaller than Biden had been intending,” they suggest. “A hostile Senate will also put a nail in the coffin to most of Biden’s market-unfriendly policy proposals, such as higher corporate taxes and more regulation.”

“Or, more precisely, the coronavirus impact on the economy is the defining issue for investors,” he says. “The consumer has held up remarkably well after the economic shutdown, underscored by the consistent growth in consumer spending since June. In addition, manufacturing has rebounded, with the October ISM Manufacturing PMI [Purchasing Managers’ Index] increasing to 59.3%—its highest level since September 2018. Inventories are down and demand is up, creating a perfect storm that could help manufacturing for at least two years.”

Like McDonald and the Kingswood economists, Hahn is quick to add a note of caution.

“While we are pleasantly surprised at the strength of the economic recovery, our concern is that progress will slow from here until there is a reliable way to control the spread of the virus,” he says. “Just this morning, equity prices are rising as Moderna announced that its vaccine is 94.5% effective in its trials, and the company is seeking emergency use authorization with the Food and Drug Administration [FDA] in the coming weeks. Moderna indicated that it expects to have approximately 20 million doses of the vaccine ready to ship in the U.S. by the end of the year, and that it remains on track to manufacture 500 million to 1 billion doses globally in 2021. The announcement follows on the heels of similar news last week from Pfizer’s COVID-19 vaccine trial.”

Hahn says that once a vaccine is distributed, it will take time for business models to adjust to allow people to gather safely.

“We expect slow progress next year in areas such as entertainment and sporting events,” he adds. “However, we expect travel and leisure to show improvement the second half of next year.”

« Optimism About Practice Growth as Pandemic Drags On