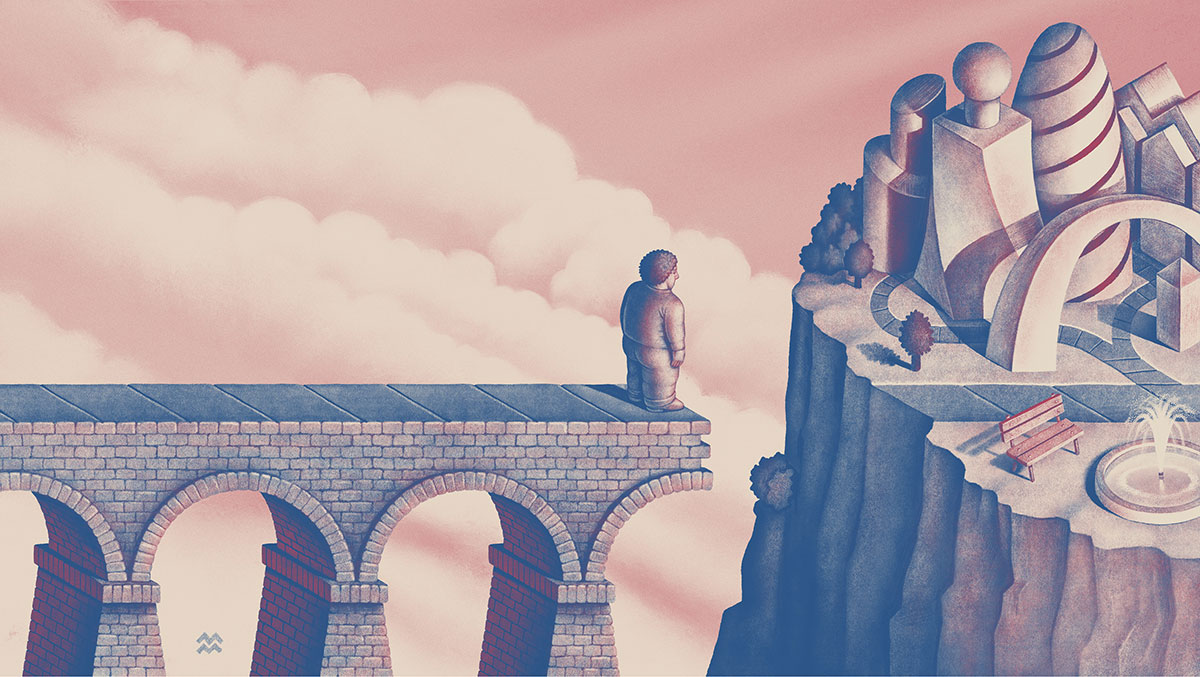 Life expectancy has been in the headlines lately—and the news is mixed.

According to the National Center for Health Statistics’ August report, Americans’ life expectancy at birth has been declining for the past two years. The U.S. life expectancy at birth for 2021, based on nearly final data, was 76.1 years, the lowest it has been since 1996. The report cites deaths from COVID-19 and increases in unintentional injury deaths, which were largely driven by drug overdose deaths, as the primary causes.

Those numbers can differ significantly, however. Wenliang Hou, now with Fidelity Investments but previously with the Center for Retirement Research at Boston College, has researched retirees’ assessment of longevity risk, defined as the risk of living longer than expected and exhausting one’s resources. He cites the University of Michigan’s 2016 Health and Retirement Study, which asked individuals to estimate the probability that they would live to a specified age. The study found that both men and women respondents underestimated the actuarial values significantly.

The Society of Actuaries has found similar widespread underestimation. A comparison of 2011 survey respondents’ estimates of personal life expectancy with population life expectancy found that 54% of retirees thought they would not live as long as the average person of their age and gender. Only 31% cited a life expectancy that was longer than the population average.

“According to the Society of Actuaries, about 43% of retirees underestimate their own life expectancy by at least five years,” says Kate Beattie, senior retirement income strategist with Capital Group in Los Angeles. “We know that Americans are living longer than ever before, and everyone seems to know that except for investors.”

There is no single, universally accepted cause for the underestimation problem. Research from Rawley Heimer at Boston College has found that the accuracy of estimations varies with age and flips from underestimation to overestimation as people grow older. People in their twenties, for instance, overestimate mortality risk due to concern over the chance of dying from events that are statistically rare. In contrast, older people—Heimer cites the example of a 78-year-old cohort—tend to overestimate how long they are likely to live.

Beattie cites the prevalence of the statistic concerning life expectancy from birth as a cause for underestimation. Even though that number is irrelevant for an adult, it can influence thinking. People also tend to use their parents’ and grandparents’ years of life for estimating their own, says Wade Pfau, professor of retirement income at the American College of Financial Services and author of “Retirement Planning Guidebook: Navigating the Important Decisions for Retirement Success.”

The age to which parents or grandparents lived becomes the person’s default estimate, even though it’s too small a sample from which to draw conclusions. Also, that approach overlooks the U.S. history, until COVID-19, of lengthening life expectancies. “In the United States, longevity’s been improving by about a year per decade for people in their sixties,” Pfau notes.

Why Underestimation Matters for Retirees

Beattie maintains that it is important to estimate the investor’s planning horizon reasonably accurately because a mismatch will influence retirement spending and lifestyle decisions. If investors plan for too long a life span, they likely will live more frugally than necessary. But if they underestimate life expectancy by too much, they risk depleting their funds prematurely, Beattie says.

Underestimation can lead to excessively conservative investment portfolio allocations, according to Matthew Eickman, national retirement practice leader with Qualified Plan Advisors. “They become focused on the shorter term, which leads them to be more conservative from an investment perspective,” Eickman explains.

The result, says Eickman, is a loss of purchasing power relative to inflation. “What we have seen is that as life expectancies have become longer, without more counseling, retirement investors have not proactively adjusted their sights to recognize they need that type of equity exposure over the long run,” he says.

An accurate estimate also helps investors clarify their retirement goals and match their lifestyles to those goals more appropriately. Pfau has been part of a research effort to create a retirement style analysis. This work has identified time-horizon lifestyle preferences among retirees that he labels front-loading and back-loading.

“An investor with a front-loading preference will want to enjoy their retirement while they are alive and healthy, even if that means making cuts later,” Pfau says.

Retirees with a back-loading preference will worry more about outliving their money, Pfau says: “I’m willing to make cuts today to make sure that I don’t have to do anything drastic in the future. And I’m really worried that if I live to 95 I won’t have any money left.”

Beattie and Pfau suggest using online life span calculators to get more accurate projections. The Social Security Administration’s calculator provides a point estimate of additional life expectancy based on attained age, but Beattie and Pfau prefer the Society of Actuaries’ Longevity Illustrator. In addition to considering age and gender, this site allows the user or a couple to enter data about retirement age, smoking history and a self-assessment of general health.

The Longevity Illustrator’s output includes both individual and joint longevity percentile estimates for every fifth year of age in retirement (70, 75, etc.) and a distribution of life expectancies. Pfau says the user’s preference for front-loading or back-loading determines which percentile to focus on. If investors are worried about outliving their money—a back-loading preference—they will look more at the 10th percentile, which will be an older age. Those with a front-loading preference, who want to spend more now, will look at the 25th percentile, a younger life expectancy, says Pfau.

Pfau cautions couples not to misunderstand the estimates. “Something people don’t always recognize is if you have a couple, their joint longevity is longer than a single person,” he explains. “It’s kind of obvious when you think about it, but people don’t necessarily always realize that the probability of one person from a couple living to an age is higher for them jointly than just one person by themselves.”