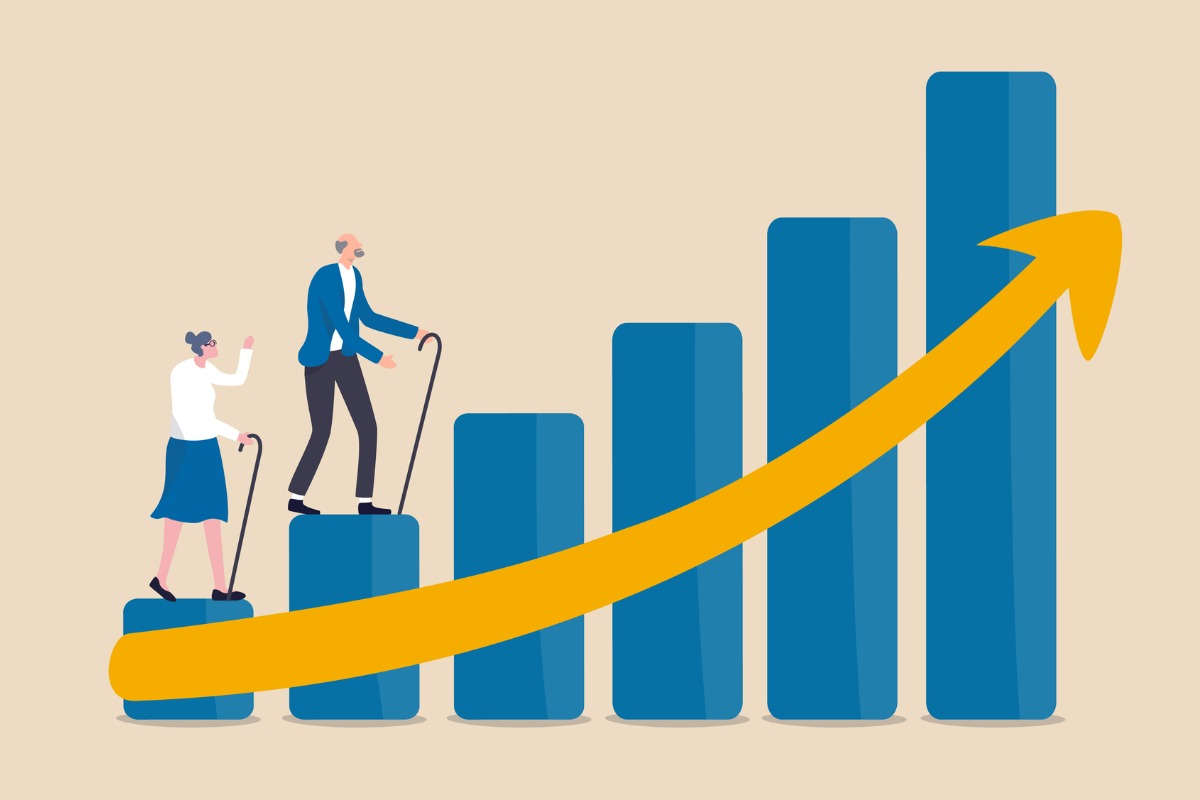 Most Americans have low “longevity literacy,” or knowledge of life expectancy, according to research from the TIAA Institute and the Global Financial Literacy Center at George Washington University.

The 2022 survey asked 3,582 individuals for the life expectancy at age 60 for people of the respondent’s gender. The sample was weighted for education, income, work status, generation and race.

Surya Kolluri, the head of the TIAA Institute, said the gender gap on longevity literacy was perhaps the most interesting finding. According to Kolluri, women often trail men in general financial literacy, but this survey suggests that men may trail women in longevity literacy.

Kolluri offers theories explaining the results, some of which could provide fodder for future research. For one, the outcome could be related to traditional gender roles in terms of household division of labor: Men are more likely to handle finances, and women health care. Two, women tend to live longer than men, so perhaps they have been incentivized to do more research on the question. Third, women often have less financial security than men, and so their longer lives are an even more pressing concern.

The survey also found that those who either overestimate or correctly estimate their life expectancy tend to have higher self-reported confidence and satisfaction in their retirement, based on their own responses, than those who responded “I don’t know” or who underestimated life expectancy.

Also, those who underestimated their longevity tended to report better preparation than those who answered, “I don’t know,” which could suggest that merely thinking about longevity lends itself to better saving, even if you estimate on the short side.

One potential flaw in TIAA’s research design relates to the answer structure on the survey, whereby only three choices were provided: the correct one, an overestimate and an underestimate. The answer structure could suggest the correct answer to the respondent, because the middle answer provides a happy medium or “Goldilocks” response and could sound more intuitively plausible than the other answers, each six years off the mark. This could lead to survey results overestimating the number of people who have high longevity literacy due to the answer structure, rather than their actual knowledge.

Kolluri says this could be the case, but even if it is, that would only mean that Americans are actually worse at predicting life expectancy than the reported results suggest. Since only 37% of Americans got the question right with respect to their own gender, most Americans get this question wrong. Kolluri explains that if the true value is 25%, then the same conclusion follows: most Americans cannot predict life expectancy at age 60.

The survey could have asked an open-ended question about life expectancy and measured the number of years between the respondent’s answer and the correct answer. Kolluri defends TIAA’s methodological choice and says he “didn’t want people to be stumped” or overwhelmed by the question, which could have resulted in people giving up and simply answering “I don’t know,” even if they had a reasonable idea that was more than just a guess. This could lead to overestimating the “I don’t know” response.

So while most Americans are not sharply attuned to longevity as a function of their gender, those who have thought about it tend to prepare more for retirement.