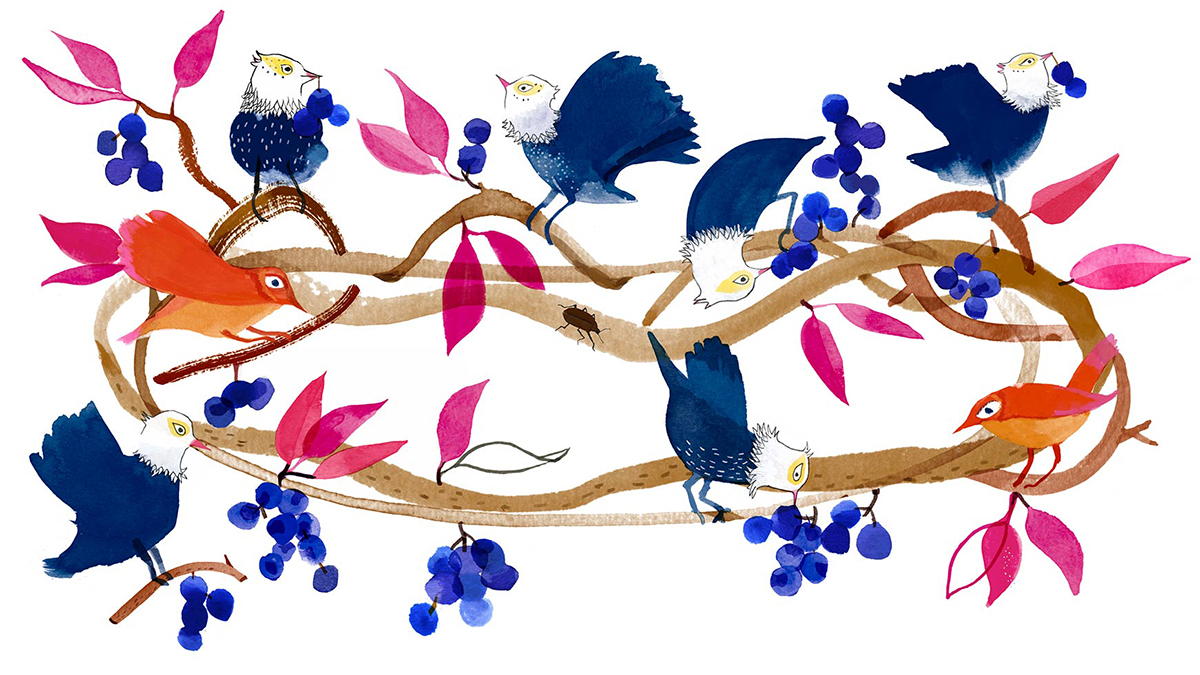 Troubling data from Pew Research Center reveals over one-third of employed Americans (35%) today work for an organization that has no employer-sponsored retirement plan, says Ty Stewart, CEO and president of Simple Life Insure. “Without traditional retirement safety nets such as pensions and with ongoing scrutiny over Social Security funding, that figure becomes even more haunting,” he says. “It’s also a huge reason legislation such as the SECURE [Setting Every Community Up for Retirement Enhancement] Act is increasingly looking to address retirement security.”

Whether the inclusion of part-time employees in retirement plans will produce good, or bad, results for the plans, their sponsors, and participants is “a complicated question, and one at the heart of this entire debate,” Stewart says. “What’s pretty inarguable, though, is the morale boost and sense of dignity these benefit expansions provide. Especially for part-time workers who’ve been with an organization for several years and have made a considerable impact.”

The SECURE Act requirement for including part-time employees in 401(k) plans is akin to the universal availability rule for 403(b) plans, says David Swallow, managing director of consultant relations at TIAA.

The universal availability rule says that, with respect to elective deferrals, if one employee of an employer maintaining a 403(b) may participate, then all of the employer’s employees must be able to participate.

Certain employees may be excluded—e.g., those who normally work less than 20 hours a week and students performing certain services. However, even for these workers, if one of them is given the right to make elective deferrals, then all the rest must be given the same privilege. Unlike a plan that’s subject to Internal Revenue Code (IRC) Section 401(a), a 403(b) plan may not exclude employees based on a generic classification such as part-time, temporary, seasonal, substitute teacher, adjunct professor or collectively bargained employee.

The IRS has issued many regulations to bring 403(b)s in line with 401(k)s, Swallow muses, and now, legislation is doing the opposite. Except in the case of collectively bargained plans, the SECURE Act requires employers maintaining a 401(k) plan to have a dual-eligibility requirement under which an employee must complete either a one year of service requirement, with the 1,000-hour rule, or three consecutive years of service in which the employee completes at least 500 hours of service.

Next year is when employers must start counting hours for eligibility purposes. Plan sponsors may choose to allow part-timers to share in employer contributions (of all types), but they are only required to let those employees make deferrals. The SECURE Act also says plan sponsors “may elect to exclude” these employees from nondiscrimination and coverage testing, as well as from the application of top heavy rules.

Swallow says the industry will have to wait and see if the new requirement will be good for employees. “Just because the opportunity to defer into a 401(k) is available doesn’t mean they’ll take advantage of it,” he observes. “But having the opportunity to save for retirement is a good thing for them.”

For plan sponsors, there will be some administrative challenges to work through, Swallow says. For industries where turnover of part-time employees is an issue, there will be more small account balances to deal with, and missing participants could become a problem. Swallow says plan sponsors should redetermine what solution for handling small balances—i.e., retain, automatically cash out or automatically roll over—would be best for their plan. Plus, now is a good time to review their process, if they have one, for finding missing participants, he says.

Lisa A. Tavares, a benefits and executive compensation partner at Venable LLP in Washington, D.C., and a former attorney with the IRS Office of Chief Counsel, agrees that the new requirement could increase plan sponsors’ issue of contending with missing participants, “kind of the same as with automatic enrollment.” When employers in retail or other industries began auto-enrolling employees, that produced an uptick in small accounts, she explains. Short-term workers, not yet thinking about retirement seriously or not considering part-time work as a source of retirement savings might forget they had a 401(k) account or not call the recordkeeper to request a distribution or rollover.

Regulators or legislators need to think about adding flexibility for plan sponsors to offload small balance accounts, she says. For example, rules or legislation could clarify that sponsors may transmit nonresponsive participants’ accounts to companies that will take those accounts.

Part-time employee turnover can admittedly cause some headaches, Stewart says. He notes that the IRS previously helped manage missing participant searches but stopped doing so in 2012. “Most plan sponsors’ best bet, if a plan correction prompts this kind of search, is to work with a private or commercial locator service,” he says. “In addition, they can work with providers to close out accounts.”

Rick Skelly, a client service executive in the retirement services division of Marsh & McLennan Insurance Agency, says if small balances are forced out of the plan in a timely manner after the holder separates from service, the sponsor shouldn’t have a greater issue with missing participants.

Whether it would be easier to put all employees into the plan rather than counting hours depends on the administrative oversight abilities of each plan sponsor, Skelly says.

It could ease administration to just let all employees defer into the plan, Swallow says. However, while tracking hours for three consecutive years may be complicated for some plan sponsors, if a sponsor chooses to allow part-time employees to share in employer contributions, counting hours for vesting gets even more complex. Swallow says newly eligible part-time employees may get vesting credit for years prior to reaching eligibility.

Tavares says plan sponsors have to give vesting credit to newly eligible part-time employees for all years even prior to 2021. “They haven’t been counting hours because these employees were excluded from the plan, but now they will have to go back and figure out hours for prior years,” she says.

Using equivalencies is a consideration for plan sponsors, Tavares says. Existing IRS rules related to counting hours for eligibility—as well as for vesting—allow plan sponsors that do not track actual hours to use equivalencies. For an example of equivalencies, if an employee worked any time in a month, he is considered to have worked 190 hours for the month. “This is a more generous way to calculate eligibility and vesting credit, so some may not want to do it, but it’s administratively easier,” Tavares says.

Depending on the industry, with the new SECURE Act eligibility requirement, plan sponsors may end up including all employees in their plans, Tavares says. But whether to offer access to the 401(k) may be a bigger issue for retail employers, “I would think employers in the retail industry would want to count hours for employees because they may still have many people who work less than 500 hours,” she says. “So, I’d think they wouldn’t want to just include everyone.”

Plan sponsors need to count hours for seasonal employees as well, she points out. They may have college students who work during vacation times, employees that work only at holidays or employees who work in call centers during periods of high volume, for example.

Tavares is concerned that the requirement to keep up with part-time hours increases the chance of errors. “Smaller plans may not realize what they need to do internally and that they have to send the right information to their third-party administrator [TPA],” she says. “Particularly in the small-plan market that uses smaller TPAs, things are probably not set up. I say that because I’ve done many corrections. Now they have dual-eligibility requirements to keep up with. If they’ve been sending their TPAs information only for full-time employees, they need to start sending information for part-time employees.”

In addition, she says, it’s important for plan sponsors to communicate the new 500-hour requirement throughout their organization. “It’s not enough to modify the plan if there are business units that continue to hire people over the threshold for eligibility, and those things sometimes fall through the cracks. All parts of the business must be properly counting hours for part-time employees who could become long-term part-timers,” she says.

She also warns that, if a plan sponsor changes payroll providers, it should make sure that hours tracked get carried over in the transition.

Still, if the sponsor plans well, counting hours for employees can be managed, she observes. If sponsors haven’t done so already, now is the time to put in place a system to record hours for part-time employees, she suggests.

While working through administrative issues may be a headache, Tavares says, the new requirement will, in general, create little impact for plan sponsors, especially because requirements for employer contributions and nondiscrimination testing will not come into play.

Plan sponsors can exclude long-term, part-time employees from nondiscrimination testing if those people would have a negative impact on the results; however, they should include them if that will improve testing and lower refunds to highly compensated employees (HCEs), Skelly says.

In spite of the potential administration complexities, to make their retirement benefit available to more employees is a positive from an attraction and retention standpoint, Swallow says. Having more participants could potentially create more economies of scale to allow plan sponsors to negotiate better fees or be eligible for lower-cost share classes, he adds. On the other hand, sponsors should work with their adviser and recordkeeper to prepare for the impact on administrative fees, Swallow says.

“I think it’s very good for employees to have a vehicle to allow them to save for retirement. As a public policy, it is good for all of us to have people saving,” Tavares says. “I also think this is a better mechanism for plan sponsors than having to deal with various state arrangements that have been put into place. Especially for plan sponsors with employees in different states, those create additional administrative burdens, such as sending contributions to different places and dealing with different recordkeeping systems.”

Swallow says the expansion of 401(k)s to part-time employees underscores the reality that defined contribution (DC) plans will be the primary retirement savings vehicle that employees will depend on for many years to come.