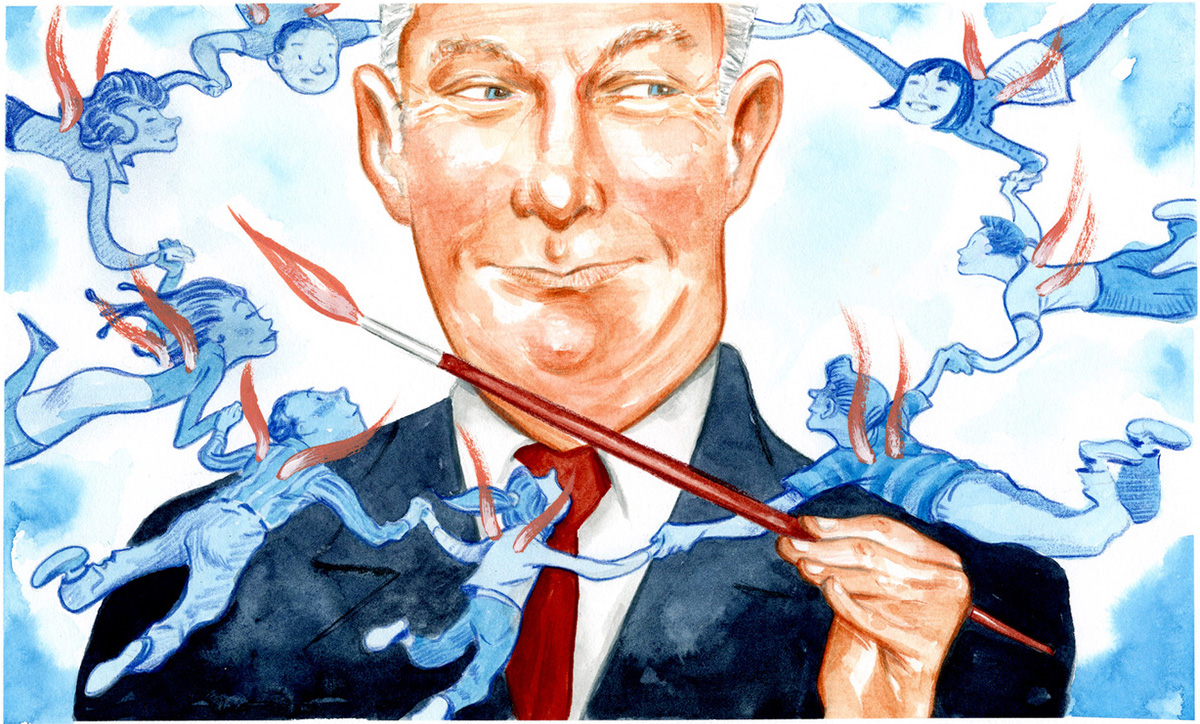 George P. Fraser, who has been a retirement plan adviser for over two decades, wanted to get into the 403(b) business. After a trip to educate a potential client, he himself came back educated—and excited, he says.

When visiting a foundation that is a member of the Region 9 Head Start Association, now an actual client, Fraser learned about Head Start, a program of the U.S. Department of Health and Human Services (HHS) that provides comprehensive early childhood education, health, nutrition and parent involvement services—getting parents engaged in the school activities of their children—to low-income children and families. “I didn’t know anything about Head Start before,” Fraser says. “But I learned that a child who goes through its pre-K program has a much better chance of doing better in school and later in life.”

The Scottsdale, Arizona-based managing director and financial consultant at the Fraser Group at Retirement Benefits Group says his drive to help others started in the early years of his career, which he spent at wire houses. “My first branch manager at a wire house said, ‘You do these retirement plans to get the wealth business of senior execs,’ but that was not the way I wanted to do business. I want to treat all people the same way. I don’t do any wealth management,” Fraser explains.

At the foundation, he asked the director, “What would you think if we came back in and fed parents and provided financial literacy education to them? She said that was also a part of parent services and she’d love help, but she didn’t believe we would follow through on what we said,” Fraser recalls. “That’s the reputation [advisers] have in this business.”

The first financial education meetings were actually held for the foundation employees. “They were ecstatic,” Fraser says. In one meeting, he recalls, a woman there told him about some struggles she was having. Her ex-husband had passed away, and she had inquired about his union pension. The union said it needed a qualified domestic relations order (QDRO) as well as the divorce decree. There was no QDRO. Fraser helped submit all necessary paperwork, and, after four months, the woman still hadn’t heard back from the union. The union said it’s paperwork was with its attorney, but would not provide the attorney’s contact information. With the Fraser Group’s help, the end result is, starting on her ex-husband’s 50th birthday, she’ll get his pension income, Fraser says.

But the Fraser Group’s actions didn’t stop there. Fraser asked if he could provide piggy banks for all of the students that the foundation serves and give them lessons about saving. “[The director] loved that idea,” Fraser says. “Children aren’t taught how to save very well, and even schools don’t teach it.”

He also learned that many of the Head Start teachers live in the same kind of financial straits as their students’ parents—in many cases receiving pay below the poverty line. Some are trying to afford the cost of additional schooling to further their careers.

The Head Start regional director told him they tried to offer scholarship money, but had only been able to give out $3,000 for all of the region, which wasn’t much.  So he went to colleagues, the mutual fund vendors he works with, and collected more than $27,000 for scholarships.

Fraser points out that Region 9 encompasses Arizona, California, Nevada, Hawaii and the Pacific Islands—a huge geographical area, having  218 Head Start centers and many, many needs. So he decided to reach out for help.

“You can do good and still do good business,” he says. He notes that, on a daily basis, the Fraser Group may have 20 calls from investment company vendors wanting to put their investments in the firm’s plans. So, he has been using the occasion to ask if they would be willing to participate in a program to help promote financial literacy. “I’m giving them the opportunity to go above and beyond what they do for me. So they will be getting involved in providing food, handing out piggy banks and teaching financial basics to students.”

Thanks to these conversations, as the program evolves, piggy banks—supplied by OneAmerica—will be handed out to every child in Head Start Region 9. Other providers will help with teaching financial basics to students and their parents, as well as give away favors such as t-shirts, bags, etc.

“I love what Head Start does, and I’ve been looking for more ways to give back,” Fraser says. “I also love the ability to encourage others to be engaged in this kind of work.”
Tagged: Advisers Giving Back, retirement plan advisers

« Retirement Income Coming Soon to a 401(k) Near You