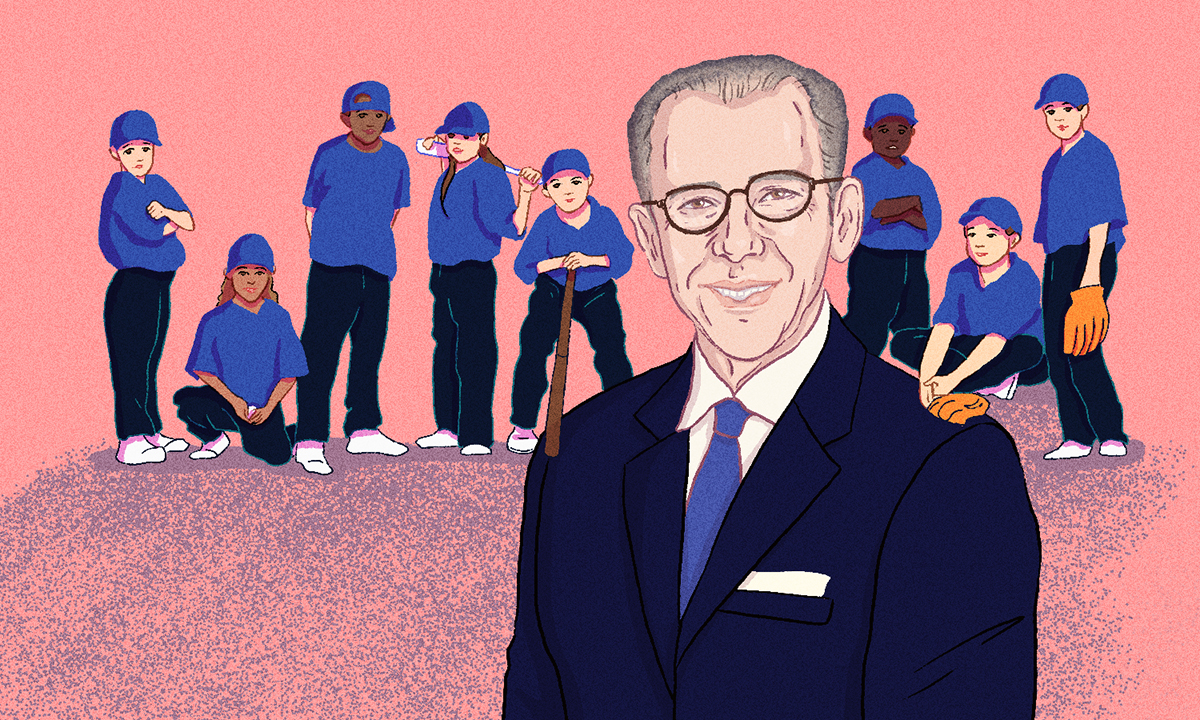 Many of the profile subjects interviewed for the PLANADVISER Advisers Giving Back series have long been involved in the causes they currently support.

For example, in Bernadette Lanser’s case, a one-day volunteering event at St. Ben’s Community Meal program in downtown Milwaukee turned into nearly 18 years of volunteering. And, although Soraya Morris is still early in her own career, she has been mentoring finance students of color at her alma mater, Virginia Commonwealth University, for the better part of a decade.

In Ken Catanella’s case, the inspiration to give back to his favorite cause came more recently.

“About three years ago, I went to see my grandson playing in a baseball game in Sacramento,” Catanella says. “It was just a typical game; everyone was having a good time. But, at one point, I noticed that there was a lot of yelling and screaming come from the field next to my grandson’s game.”

Catanella, managing director at the Catanella Institutional Consulting Team of UBS, was curious about what all the fuss was about, so he went over and took a look through the fence surrounding an adjacent field.

“I saw something I had never seen before,” Catanella says. “It was a big group of kids, many of them with disabilities of all kinds, enjoying a baseball game together with their peers. There would be one kid helping each child with a disability, whether they were autistic or had Down syndrome or other challenges. It was so amazing to see them go up to the plate and work with one of their friends to be able to swing the bat and run down the baselines. The pitcher was right there on both knees, close to the batter, to help them hit the ball. And the parents were involved, too. It was just incredible.”

Catanella made some inquiries and learned that he was seeing a U.S. Little League Challenger Division baseball game. He was moved to take action.

“I took that experience back home with me to Moorestown, New Jersey,” he recalls. “I went to our local community recreation center and talked to them about this idea. They hadn’t heard of it, but, like me, they were struck by it.”

Catanella says getting the Moorestown Challenger Baseball season up and running was not all that difficult, and the group has had three successful seasons so far. Sadly, the coronavirus pandemic put a halt to what would have been the fourth season this summer, but Catanella says he looks forward to starting the program again next summer, if possible.

“Getting started was not very difficult, once we had the idea and the buy-in from the community,” he recalls. “I partnered with my firm to buy all the best equipment available for these kids. From the bats to the hats and uniforms. Many of the parents told us their kids had never had anything like this.”

Catanella says the typical Challenger game draws about 20 to 30 kids with disabilities, along with up to a dozen “buddies” from the local Little League team, and usually three or four volunteer coaches. The “buddies” and coaches help to make sure everyone with a disability can fully participate in each game.

“It is so special to watch,” Catanella says. “The kids all get at least three at-bats during the game, which lasts about six innings. We don’t keep score, but that doesn’t mean the games aren’t exciting. The joy from the kids and the parents is what matters the most. To see these parents and kids having a good time together is just amazing.”

Catanella says his coworkers at Catanella Institutional Consulting Team have gotten involved as volunteer coaches, and the whole firm is very enthusiastic about the program. He recommends any adviser wondering how to get involved in their local community should consider bringing in the Challenger program.

“I have pitched every game, and my wife has enjoyed being involved as well,” he says. “Last season, I had a mother come up to me—the mother of a kid named Brett, who is one of my favorites. His mother said to me that she has two other sons who do not have Brett’s disability, and they are fabulous athletes. She said that, to see Brett’s expression when he hit the baseball and ran down the first baseline just like his brothers, it was the biggest thrill of his life. … I just can’t tell you how meaningful it has been for me and my firm to get involved in this.”