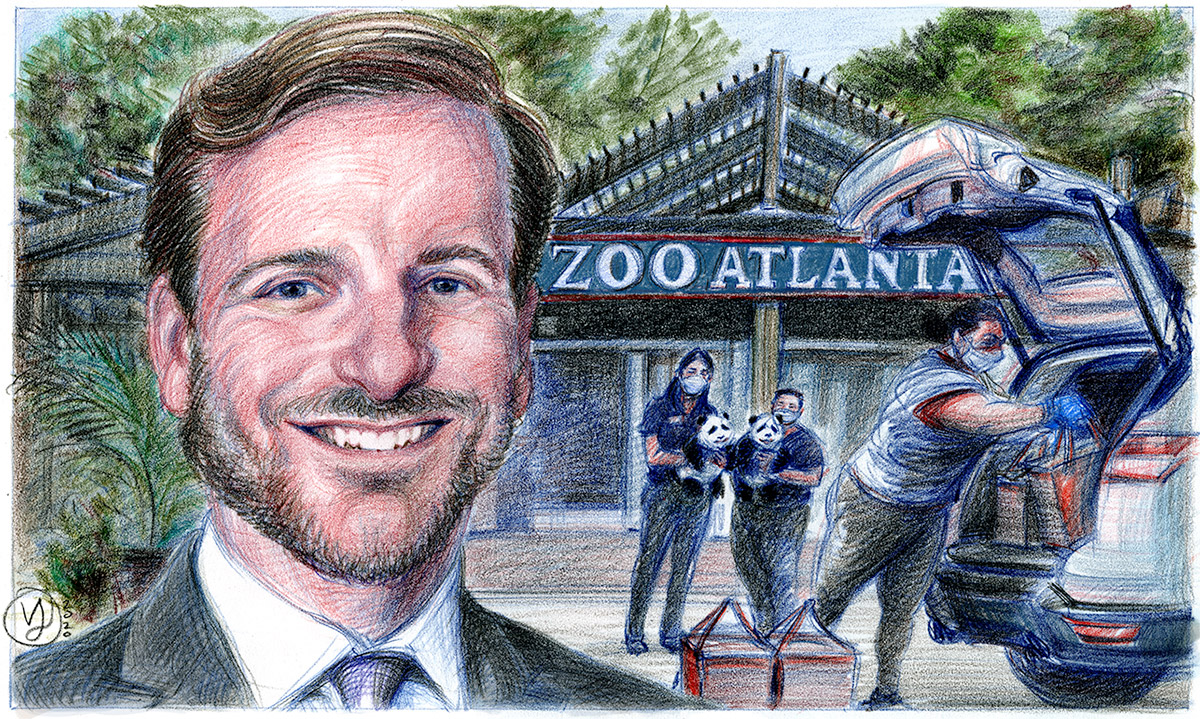 Heading into the coronavirus pandemic, some 30.7 million small and mid-sized businesses in this country employed a collective 60 million people, or roughly half the U.S. workforce. The subsequent economic turmoil caused by the pandemic is already having a disproportionately large effect on these workers, millions of whom have been furloughed or laid off.

As David Griffin, founder of Atlanta Retirement Partners and director of institutional retirement plans, observes, one of the sectors hardest hit by the ongoing downturn is the restaurant and hospitality industry.

“I have a close friend who runs a neighborhood-style restaurant, and just a few weeks into the crisis, he already had to lay off a number of people,” Griffin recalls. “He was looking for a creative way to keep his people employed and to keep his doors open. We were looking for a way to give back. So, we came up with this plan where they would make food, and we would collect donations to buy it and then deliver it to people in need.”

“Initially, I thought we should really be doing something to help folks in the medical community,” Griffin says. “And, at the same time, if we could try to benefit some people in the restaurant industry, which we know is hurting so bad, maybe we could kill two birds with one stone. It’s been a fantastic project to work on during these challenging times. It caught great attention right from the start and it was very efficient. Basically, a $10 donation provides one lunch, and the beautiful thing is it’s keeping people busy in the restaurant while also doing some good for the hospital workers.”

An Abundance of Giving

As the weeks went by, Griffin explains, more and more people in the Atlanta area started giving in similar ways, so his firm was able to refocus its efforts to helping the ancillary workers in the health care system—the janitors, the linen cleaners, etc.

“Then, at one point, we entered into a conversation with Zoo Atlanta here in the city,” Griffin says. “They are a client of ours and we knew they had furloughed a large number of their staff. The people that remained on staff were working 60 hour weeks at reduced pay. It was such a tough situation.”

A lot of people think Zoo Atlanta is part of the city government, but in fact it is a standalone nonprofit entity.

“We asked if they would benefit from our giving, and they said they could use the help,” Griffin explains, adding that his staff has embraced the notion that trying to support nonprofits and small business owners in the local community is of the upmost importance right now.

“These organizations are part of the fabric of our society,” he says. “We all enjoy going out and seeing our friends and having a beer or a burger. I think it is critically important that we do all we can to support all these small businesses. There are real people working behind the scenes in these places and we know a lot of them don’t have a whole lot in savings.”

Griffin notes it’s actually possible to give too much in a given situation.

“It’s funny to say, but we also have to be mindful in our giving efforts,” he explains. “You don’t want to be sending 100 meals to a place that only needs 30 and then see the 70 remaining lunches going to waste. We need to be sure we are being efficient and effective. To that end, I have been so impressed by the coordination and skill being shown by everyone. It’s actually quite easy to have too much support going to one place and not enough going elsewhere. That’s something to think through.”

Echoing the sentiments of others interviewed for the Advisers Giving Back profile series, Griffin says the particular skillset of retirement plan advisers makes them very capable coordinators of these efforts. Simply put, advisers understand how to be the quarterback or middleman figure that can build trust between parties that don’t know each other very well.

“A lot of the time we don’t like to be considered middlemen, but in this context, that’s exactly right,” Griffin says. “Just as we go between the plan sponsors and the providers to make sure everything is working properly—it’s exactly the same skillset that is useful in launching a project like this. My staff has really enjoyed this effort, as well. I am lucky to have some civic-minded people who work for me. It’s helping me with employee morale, as well, which is not something I had really anticipated.”

Griffin says he and his staff feel gratified to see others saying they have been inspired to give back in their own ways.

“I’ve been so impressed by some of the responses we’ve gotten from people outside of our business. I have a friend in the real estate world, for example, and he is consulting with us about how he can launch his own giving effort,” Griffin says. “I actually pointed him to an organization called The Meal Bridge. They have basically created an automated giving system that is doing what we are doing—keeping restaurants open while giving to the front-line and essential workers. The pace of innovation has been incredible.”