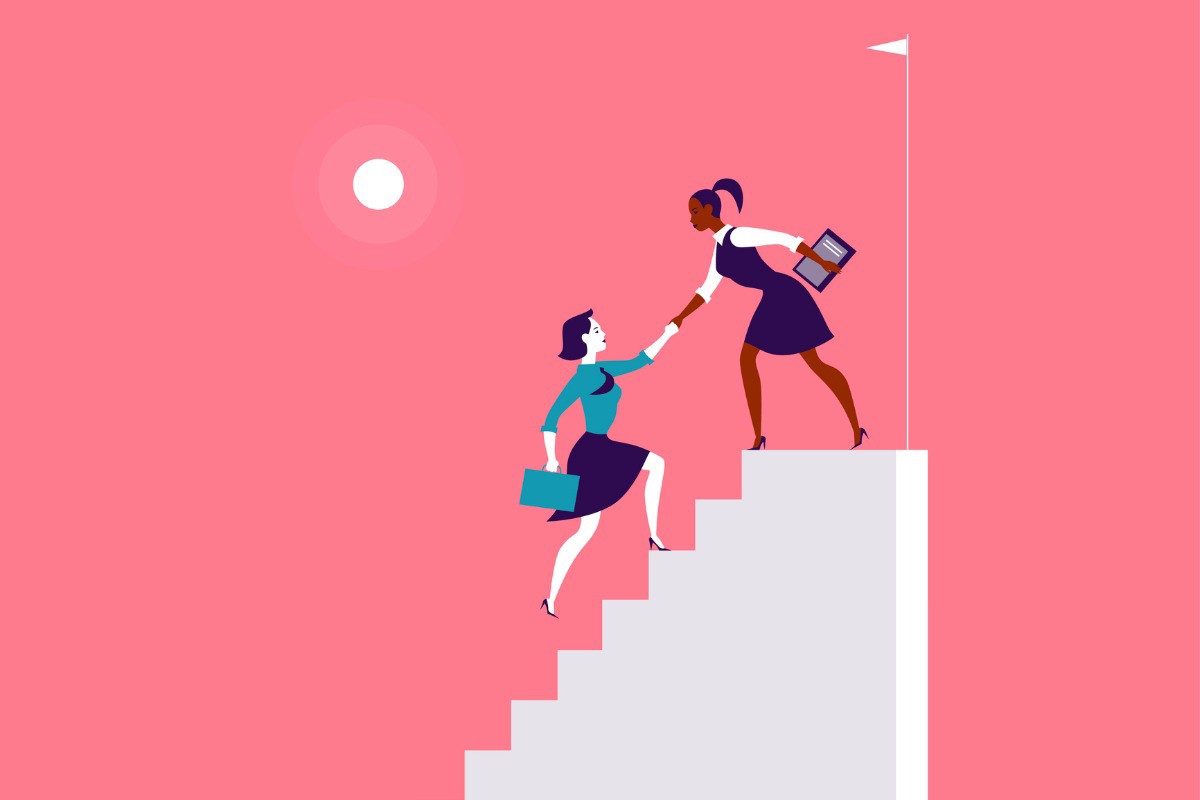 More women are working in the financial services industry, yet research shows they continue to be underrepresented in executive leadership.

A Harvard Business School study found that, among senior roles in venture capital and private equity, just 9% and 6% of such jobs, respectively, were occupied by women. In hedge funds, only 11% of women held senior management roles. And, according to Deloitte, women’s overall representation in senior management is just 22%, despite the fact that they make up about 50% of the industry as a whole.

Even if the relatively small representation means it is a slow progression, women have already made important strides in the financial services sector. Many said they felt encouraged when Citigroup CEO Jane Fraser, earlier this year, became the first woman to head a major U.S. bank, while Thasunda Brown Duckett, a former JP Morgan Chase executive, was recently named CEO of TIAA.

“We as leaders have to believe that talent is created equally, but opportunity is not,” she said during the panel, “Diversity Dialogue: From the C-Suite.” “If we believe it, then we have to understand our processes, and support the policies that accelerate our progress. If we don’t have that mindset, then we will be able to make excuses as to why there are not more women in our pipeline.”

Collecting and analyzing employee data, understanding a company’s gaps in hiring women, and tracking recruitment by sectors of the business, rather than population, can yield successful results, Duckett said. “We in financial services have to ask ourselves if we’re being bold enough within our organizations,” she added. “We have made a lot of progress, but there is more to do.”

“As more women are entering the workforce, we will see more women not just in finance leadership, but leading other industries as well, including in technology. These have historically been male-dominated fields,” says Ifen Carlson, chief strategy officer of Ygrene, a firm that provides low-interest financing for energy efficiency products in the residential and commercial sectors, and a former senior leader at Visa and HSBC. “In terms of women being in the most senior role in financial services, we are seeing more of that, but it is not enough.”

Renee Pastor, an experienced adviser who is a founder and wealth manager at Pastor Financial Group, said she sees encouraging progress being made relative to when she began her career in the 1980s.

“I’m seeing a lot of young, smart, energetic women who are entering this business,” she says. “We’ve been ignored as potential, successful advisers, but when you look around, there are many successful women advisers.”

Both Carlson and Pastor attribute these changes to a shift in mindset on the part of recruiters and businesses—and across society at large. Awareness and activism calling out gender bias and unequal pay have finally become the norm.

“The people who recruit into this industry weren’t really looking to recruit women—this was always a man’s world,” explains Pastor. “Slowly but surely, they have figured out that we are good in this role.”

Carlson adds a similar sentiment, suggesting companies are “more aware of the value that women bring.”

Two Steps Forward, One Step Back?

With this new success comes new challenges. The coronavirus pandemic has wiped out jobs for more than 2.3 million U.S. women since February 2020. Only adding to the pain, women of color experienced more job losses than white women. Government data suggests Black women faced a 6 percentage point drop in employment throughout the pandemic—the highest of all groups.

In a post-pandemic recovery, experts are urging financial businesses to recruit women and offer resources and benefits that attract this talent pool.

“Companies can offer support and resources to enable women to excel in each role,” says Linda Ding, a senior director of strategic marketing at Laserfiche, a software development company specializing in record and document management. “For example, many companies offered flexible work arrangements during the pandemic, which helped support home schooling and facilitated a better work-life balance. Similar policies will be crucial to attract and retain top women talent, especially as we progress into a new post-pandemic era.”

Raymond James, where Pastor used to work as a financial adviser, has held an annual Women’s Symposium conference since the 1990s, designed to attract more diverse talent to the financial services industry. “The purpose of it was to expose other women to this industry,” she said, suggesting such programs still have an important role to play.