Home > News > Investing > Private Real Estate Funds Are Up 7.4%. Can More DC Participants Get a Foot in the Door? 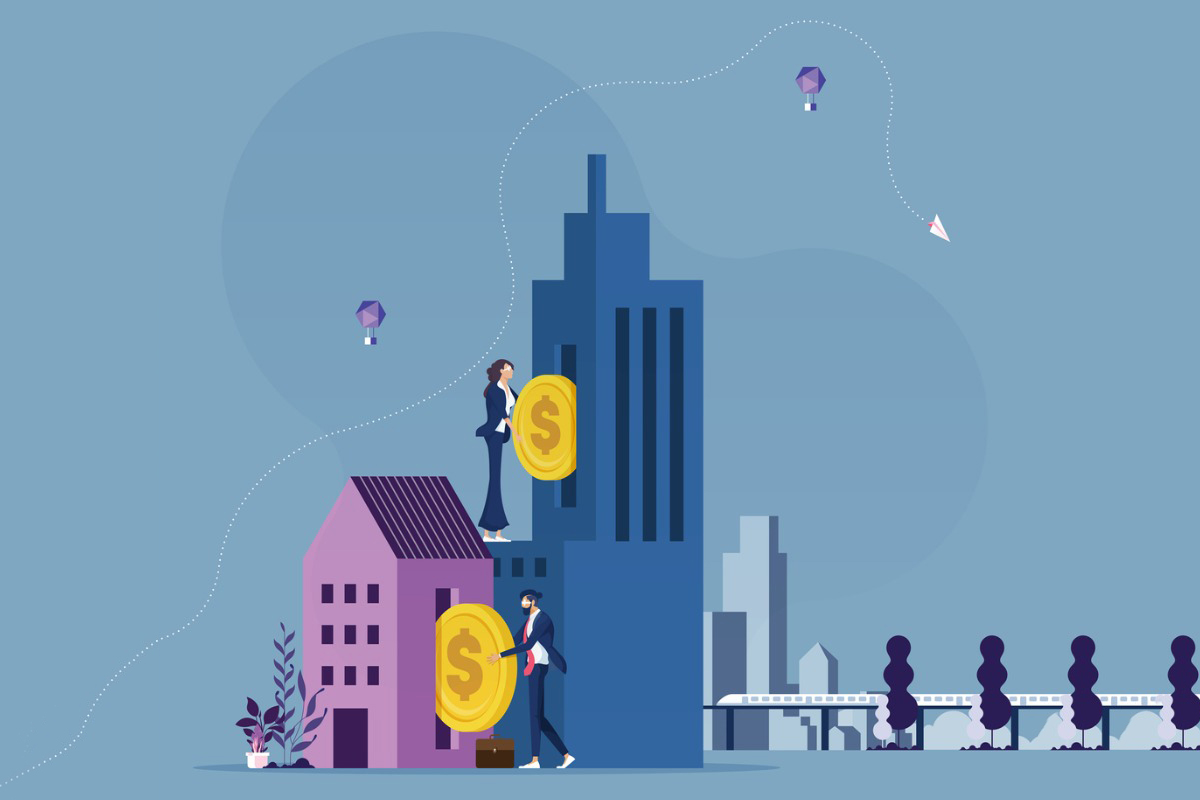 As recent market volatility and recession fears drives smart money to look for landing spots, one option has been private commercial real estate. In fact, an index that tracks core private real estate funds most commonly offered to defined contribution retirement plans and high-net-worth investors said those investments are up 7.4% year-to-date through September 30.

The managers of the index, The National Council of Real Estate Investment Fiduciaries, say it’s difficult to compare this growth to the markets as private investments often lag stock and bond movement. Overall, however, these funds are less subject to market volatility short-term trends, unlike even publicly-traded real estate investment trusts, says Jeff Fisher, a consultant for the Chicago-based NCREIF.

“There tends to be a lot more noise in publicly traded assets, and a lot of time they tend to over-react,” Fisher said.

That stable growth, however, can be hard for average investors to access, often having investment thresholds in the millions of dollars and being more common among institutional investors such as pension plans, insurance companies, or endowments, according to Joe D’Alessandro, director of real estate performance measurement at NCRIEF. That is where there is opportunity for retirement plan advisers to bring the private real estate option to plan sponsors and participants via managed accounts or even qualified default investment alternatives, according to industry players.

“We have seen huge growth in demand for alternative investing along with production evolution and regulatory changes … then you add in the headwinds for market volatility and high inflation, and it becomes even more attractive,” says Anya Coverman, President and CEO of the Institute for Portfolio Alternatives (IPA). “Real estate is a relatively stable asset class and provides diversification, so the investor demand is really strong.”

According to a recent survey of 35 real estate investment firms, about $80 billion of defined contribution capital is in private real estate, with the majority being done through investment managers, and only 11% through REITs. The survey, led by the Defined Contribution Real Estate Council (DCREC), found five years of steady growth for DC real estate assets under managements (AUM), rising 44% in that time.

Even so, those findings show only a fraction of the roughly $9.3 trillion invested in DC plans nationally as of June 30, 2022. Coverman notes that the defined benefit market has been benefitting from private real estate funds for decades, but that there hasn’t been as much uptake in DC plans to this point.

“It’s frankly because of litigation and regulatory concerns,” she says. “There’s still a lot more work to get done.”

The lack of uptake in plans, at least recently, has not been for lack of product development by the industry. In 2006, there were only four private real estate products available for DC plans, and now there are 17, according to Tripp Braillard, Senior Vice President at Clarion Partners, who heads DC distribution for their Client Capital Management Group.

Braillard says that for years asset managers have been looking at how to create daily liquidity, daily trading, and daily valuation for an asset class that is “essentially quarterly valued.” The industry has now agreed on the standards for how that can work, and private real estate funds offered by Clarion and others “trade just like mutual funds,” he says.

“It actually trades through the same plumbing that all the other investments on a fund menu would,” he says. “In the beginning, that was one of the big hurdles for plan sponsors to get over. Today, those barriers have been removed.”

Five years ago, Braillard says private real estate investment was realistically only available to DC plans of $1 billion or more, with the associated consulting and advisement. Today, with the advancement and uptake of adviser-managed accounts, smaller DC plans can offer an embedded offering.

“We love to see access to private assets, private real estate, and other diversifying type assets that have only been accessible to very largest pension plans and super-wealthy families, down to the participant level,” Braillard says. “This is a great example of how you democratize access to an alternative investment for participants.”

A Hedge, or a Hand Grenade?

“Why is it that when we’ve got Americans in 401(k) plans trying to save for retirement, alternative investments haven’t been available, whereas everybody else has been going to these other assets for awhile?” he says. “Why aren’t we doing in 401(k)s what has already worked everywhere else?”

Beyond regulatory hurdles, which have been reduced in recent years, is the fear of lawsuits, Walsh says. Lawsuits have gone beyond even active investing being called into question, to passive funds being under attack for not meeting fiduciary obligations.

“There was a time when people said adding alts to a retirement plan was like handing participants a hand grenade,” Walsh says. “Now, most folks seem to recognize that the retirement system, with its fiduciary standard, long term investing nature, and professional asset allocation for things like managed accounts or target-date funds, provides a unique opportunity to offer private real estate options to Main Street investors.”

Real estate has been a particularly good haven this year as a hedge against inflation, Thanh Bui, a Managing Director with Clarion Partners said in a webinar addressing market turmoil held by Franklin Templeton on Wednesday.

“There are a lot of headwinds in the broader economy, but the fundamentals for commercial real estate are holding up pretty well,” Bui says. “Real estate has historically performed well during inflation and can be a good investment … Rents can offset higher costs, and while labor and capital improvements are increasing year over year, owners can shift some of those costs to tenants.”

Fees, of course, are also a consideration when investing in alternative assets, as they can often be more expensive than other investment options. The annual fees for private real estate funds range from 80 to 120 basis points, says D’Alessandro of NCREIF. of the overall investment, says D’Alessandro of NCREIF. That tracks similarly to equity mutual funds, according to the latest data from the Investment Institute Company.

Clarion Partners, which is a Franklin Templeton subsidiary, said  it advises many funds, including a publicly-offered real estate fund open to individual investors called Clarion Partners Real Estate Income Fund (CPREX). The investment manager also has a private offering that is a collective investment trust for DC plans, which it declined to name or provide further details on.

The current market environment has plan sponsors stepping back and looking at what they offer participants, particularly for those who are closer to retirement and are looking to de-risk their portfolio, says Drew Carrington, Senior Vice President and Head of Institutional DC at Franklin Templeton Investments.

The issue, he says, is that many plan sponsors don’t want to be first-movers on a new investment offering, even if it would bring stability.

Now that many of these questions have been answered, Carrington says the key is for advisers to show their plan sponsors that a model exists.

“Plans have done this already,” he says. “Custodians, recordkeepers, and plan sponsors have already blazed this trail.”