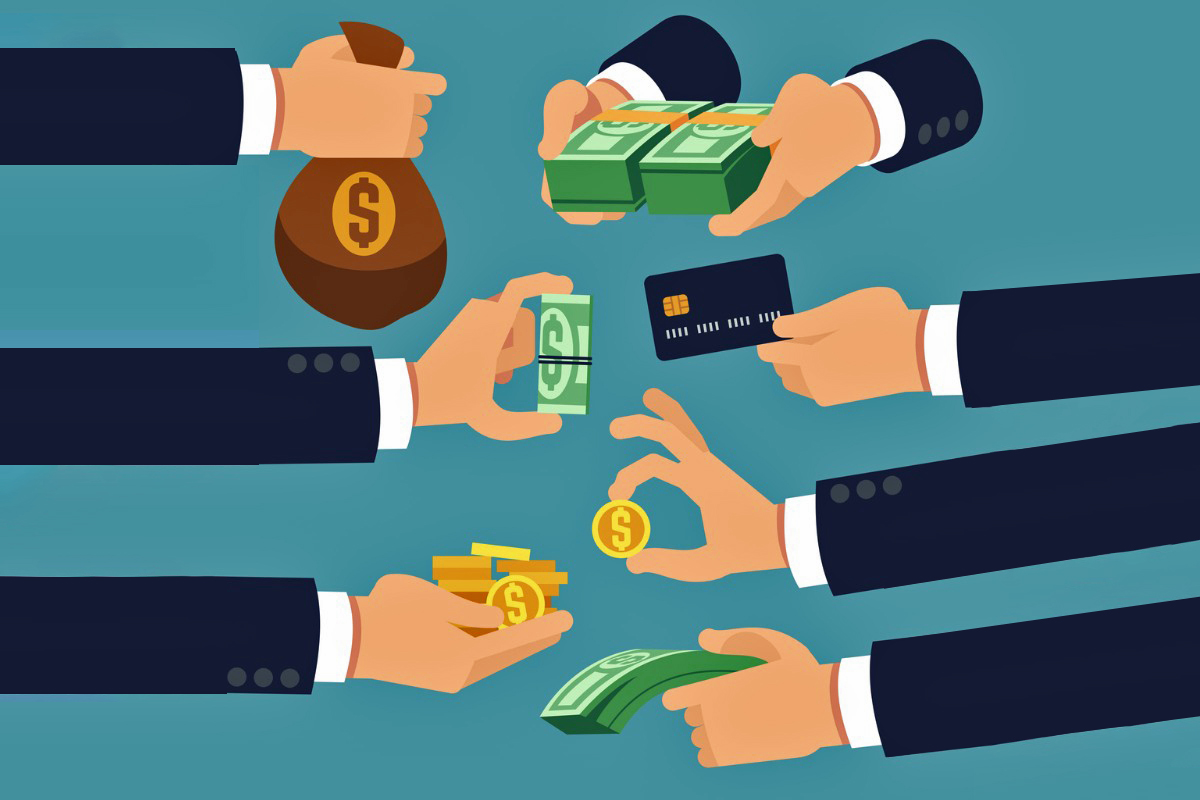 Campaign contribution data from financial related industries obtained from opensecrets.org for Senator Wyden, D-Oregon and chairman of the Senate Finance Committee, and Senator Crapo, R-Idaho and ranking member of the Senate Finance Committee, shows higher support for Wyden from the securities and investment industry and higher support from commercial banks and finance and credit companies for Crapo.

They are both incumbent senators, so they would both benefit from incumbent fundraising advantages. They are both up for re-election this year, so donors who donate late in an election cycle are included for both candidates. They both hold seats that are considered electorally safe, meaning the donors are unlikely to be interested in trying to swing a close election. They are also both the highest ranking members of the Senate Finance Committee of their respective parties, so neither is receiving a seniority bonus that the other isn’t.

Research from Brandice Canes-Wrone , professor of politics at Princeton University, and Kenneth Miller, professor of political science at the University of Nevada, Las Vegas shows that candidates that are more reliant on out-of-state donors tend to be more responsive to the opinions of the national donor base as opposed to the opinion of the voters they represent. Safer seats, such as those occupied by Senators Wyden and Crapo, also tend to be more responsive to national voters. Since finance is a national industry, clustered in states not represented by Wyden and Crapo, such as New York, the influence of the national donor base on financial issues ought to be particularly acute for both.

But why donate to a candidate in a safe seat? If they will win in any case, why not save your money? Candidates in safe seats are still expected by their party to fundraise, and candidates can transfer unlimited sums of money to the national and state party committees. Therefore, contributions can still increase their prestige and leverage within their party, and so donations can still be used to curry favor with them, researchers found.

Research from Anthony Fowler, professor of public policy at the University of Chicago, shows that corporations normally do not benefit enough from electing favored candidates, at least not by a margin to justify their donation. However, donors are more likely to get meetings with members of Congress than ordinary voters, and donations are more of a way to get a member’s attention, gain access, and cultivate personal relationships with them and their staff. Since Wyden and Crapo are both senior members of their committees, and likely to serve until their retirement, getting their attention with donations can be a valuable business investment.

With that in hand, what sort of support do the two senators receive from finance-related industries? 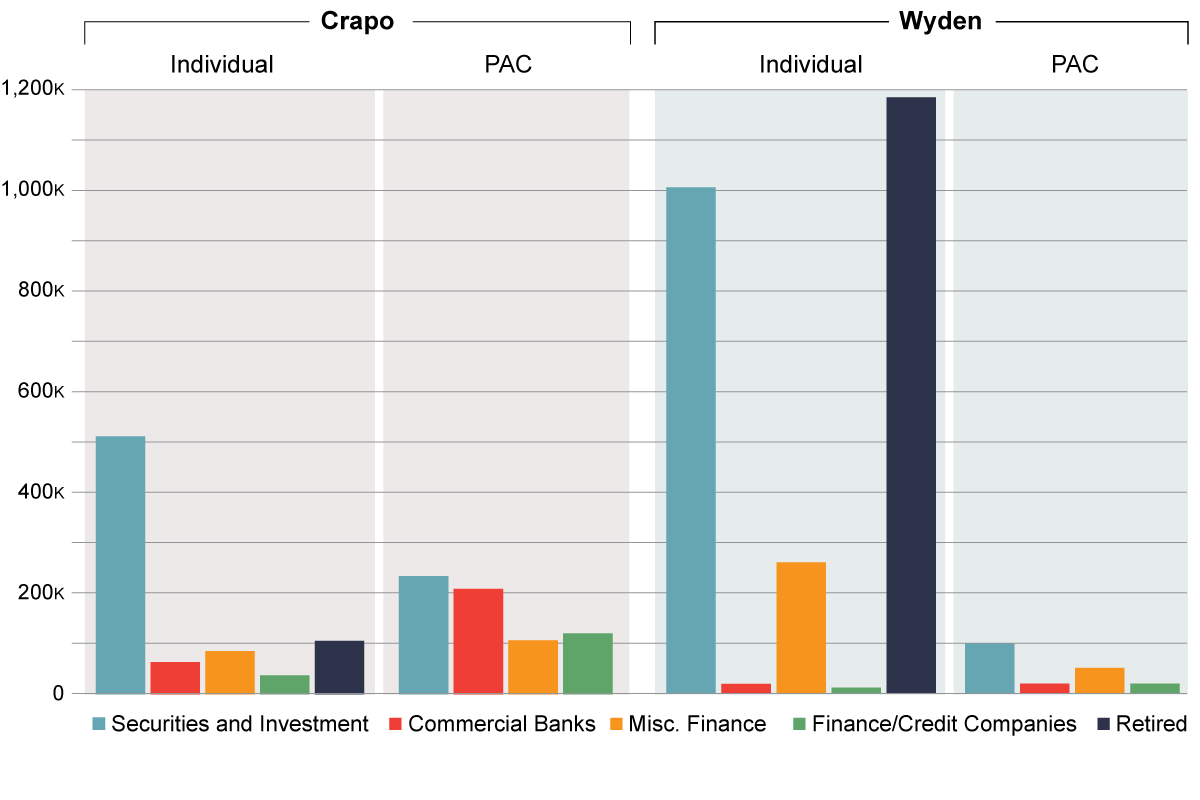 Individual contributions are capped at $2,900 per candidate per election, meaning a donor can contribute the maximum in a primary and then again in the general election, totaling $5,800 for the election cycle. In this case, PACs are organizations created by a business (union PACs are not included in this dataset) that can fundraise from the employees of that business. Including both individual donations and PAC donations provides a broader view of support within the industry for Wyden and Crapo.

The data show that Crapo received more contributions from the commercial banking sector, $64,342 from individuals working in that industry, and $210,000 from PACs created by businesses in that industry, than did Wyden. Wyden’s contributions from commercial banks were $19,395 from individuals and $19,750 from PACs, totaling $39,145 vs. a total of $274,342 for Crapo.

One conflating factor as it relates to these two industries is that Crapo is a member of the Banking, Housing, and Urban Affairs Committee and Wyden is not. However, both commercial banks and finance and credit companies donated more to Republicans in general in 2022.

Wyden received more money from the securities and investment industry and from donors classified as being in miscellaneous finance industries than did Crapo. He also received more from retired donors than Crapo.

Though retired people do on constitute an industry, their contributions are included in this analysis due to members of that group’s   use of financial products. The Senate Finance Committee is involved in the issue of retirement policy reform and passed the EARN Act earlier this year as part of a broader set of reform bills dubbed “SECURE 2.0.” Industry insiders believe this reform should pass during this Congress and it is supported by both senators.

Following the previous pattern, miscellaneous finance donors have given more to Democrats in general in 2022, as did the securities and investments industry. Retired people on the other hand, have given more to Republicans ($316.7 million) than Democrats ($289 million).