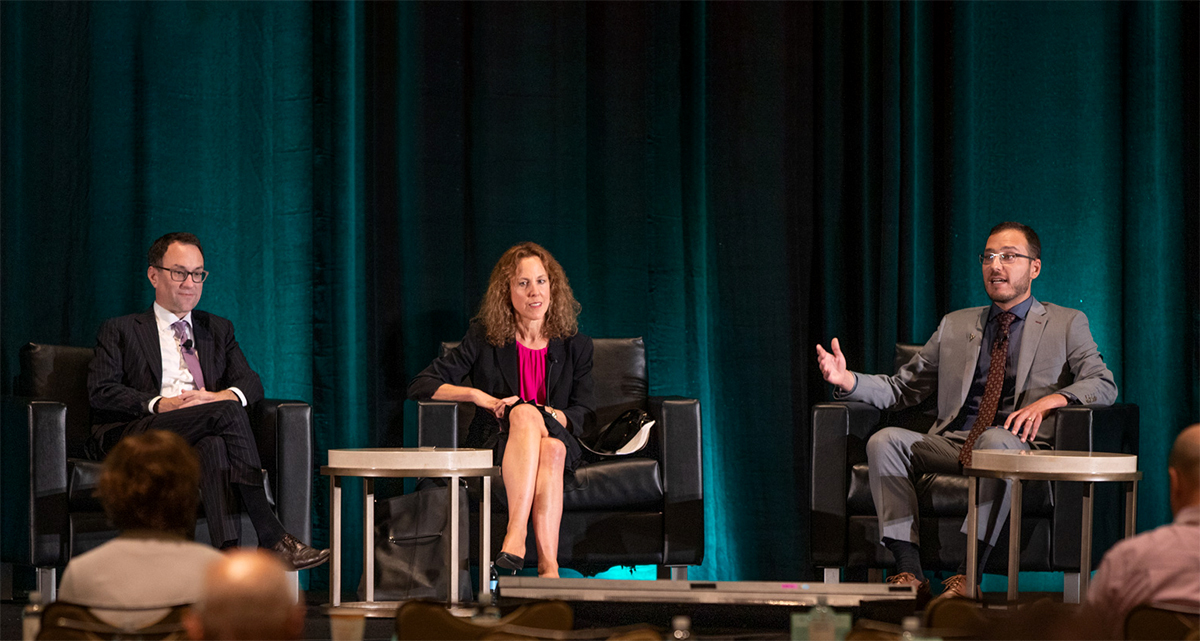 On Day One of the 2019 PLANADVISER National Conference (PANC), Joan M. Neri, counsel with Drinker Biddle & Reath, and David N. Levine, a principal with Groom Law Group, Chartered, explained retirement-related developments in Washington, D.C., and state capitals across the U.S. They discussed the latest legislation, court decisions and regulations impacting retirement plan advisers and those they service.

A dominant topic was the Securities and Exchange Commission (SEC) final amended version of its Regulation Best Interest (Reg BI) rulemaking package—a topic near and dear to advisers and broker/dealers (B/Ds).

For background, besides Reg BI itself, the SEC had voted in June to approve an updated interpretation of the fiduciary duty established by the Investment Adviser’s Act of 1940 as well as a new required disclosure form, the Customer Relationship Summary form, or Form CRS. Both advisers who are fiduciaries and will remain fiduciaries and broker/dealers who are not necessarily fiduciaries will need to supply this standard disclosure document to all retail investors; it highlights the scope of services the provider offers, legal and regulatory standards that apply, all fees the investor will pay, and any conflicts of interest.

Because Reg BI emphasizes that broker/dealers and advisers have to make “suitable” recommendations that are in a client’s “best interest,” Levine said, the rule “can be considered ‘suitability with a twist.’ The SEC basically came up with different type of terms that build off suitability. The SEC really got into how to do best interest rollovers when a participant is rolling out of a plan. We all know this is an evolving landscape. There is a discussion that the SEC and DOL [Department of Labor] may harmonize with this part of the rule.”

Neri said she is often questioned about how the SEC views rollovers vs. how the DOL views them. If you contrast and compare, it boils down to the same best interest standard, with two distinct differences. Under the current DOL rule and guidance, when a recommendation is made to a participant, it’s an Employee Retirement Income Security Act (ERISA) fiduciary act only if the firm already serves as a fiduciary to the participant. But if it is not a fiduciary to the participant and it makes a rollover recommendation, there would be no fiduciary duty. The other difference is that the SEC treats conflicts of interest as acts of disclosure unless there is an exemption; presently, the DOL has no exemptions, she said.

Another topic discussed is the situation at the DOL post-Labor Secretary R. Alexander Acosta’s resignation. Levine noted that a whole reorganization is taking place at the agency. “President Trump was brought in to drain the swamp, but they are making an imprint. Now there are three people under the assistant secretary.”

Why are many things changing at the DOL? Levine said the Trump administration is moving quickly in case he misses out on a second presidential term. Plus, Levine said, “Every rule should be taken with a grain of salt. Every rule will be challenged because we are so partisan.”

« Employees Can Enroll in Retirement Plans With MassMutual App