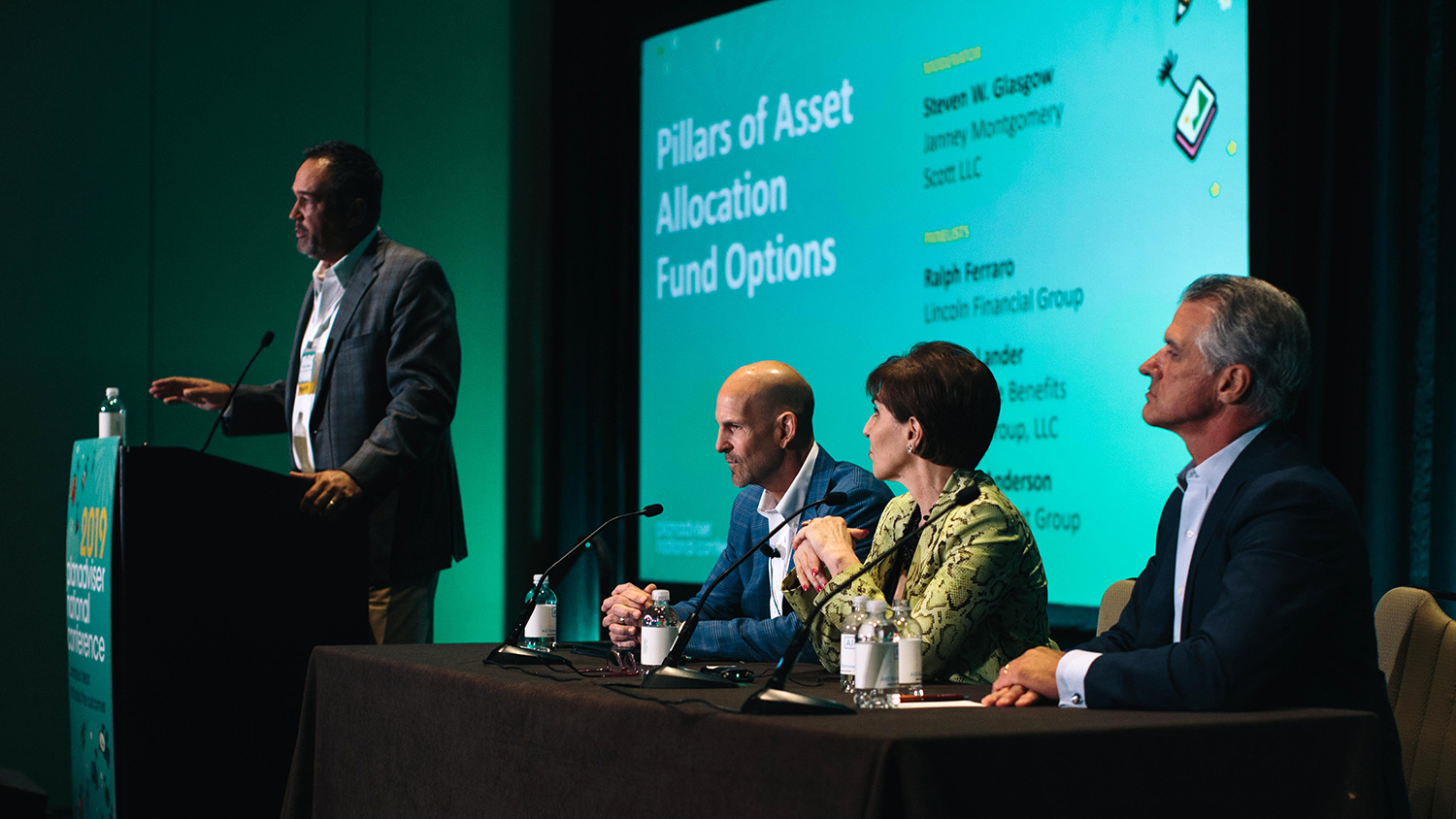 The panel noted that target-date funds (TDFs) remain the most popular asset-allocation fund option across the retirement plan arena. However, they warned that there remain some harmful misconceptions around TDFs, such as the fact that many participants believe TDFs are guaranteed products that somehow protect them from market losses. In reality the fund structure of a TDF has nothing in itself to do with asset protection, and in fact many TDFs carry large amounts of equity risk.

“TDFs aren’t simple,” Lander emphasized. “They are complicated and need to be treated with care and diligence by all parties.”

“We need data beyond age,” Ferraro said. “We need salary, other savings and household wealth information. The increased prevalence of digital financial wellness platforms, I think, will help us move more and more in this direction over time.”

The panelists noted there is actually a similar engagement issue that can occur when plan sponsors embrace custom target-date funds, for example offering a low-risk, moderate-risk and high-risk glide path approach. When one looks into these plans, most often the moderate-risk glide path holds the majority of the assets, in part because this is usually the default glide path set by the sponsor—but also because people perceive the middle choice as being tacitly recommended.

On the topic of dynamic qualified default investment alternatives, which see a participant first defaulted into a TDF and then switched to a managed account at a later point in their career when they would presumably be more engaged with retirement planning, the panelists mainly voiced skepticism. They suggested the practical details may prove to be too difficult to manage and cited the same concerns about the lack of engagement with existing managed accounts. However, they said such solutions may become more powerful in the future with greater data aggregation.

Thinking about the level of risk participants are carrying in their portfolios today, the panelists said it seems that many have forgotten the lessons learned in 2008. At the same time, providers are struggling to come up with products and services that effectively address sequence of returns risk.

“This is worrying when we think about the growth of TDFs since 2008,” Anderson said. “Most of these defaulted assets have not gone through a major downturn or recession, and people appear to be pretty complacent in assuming markets are going to keep going up forever. It’s the retirement red zone that should keep us up at night—people seeing their TDF drop by 40% a year before their retirement date.”