Under proposed regulations, participant statements will have to include projections of:

·        Account balance at retirement age, based on current savings rates, and

·        The monthly income that amount of savings could generate over an expected lifespan.

It is intended as a wake-up call to plan participants to increase their savings rate to a level that will generate an adequate amount of monthly retirement income.  It’s a nice concept, but we fear the DOL’s safe harbor methodology used in the projections could lead to large numbers of participants getting lulled into false complacency, or even worse, being provoked to drop out because they become demoralized.  Here’s what we are concerned about:

Accumulation:  The safe harbor method uses a 7% rate of return.  However, there are many risk-adverse participants who gravitate toward stable value or money market.  These certainly include older participants, but data is showing us that many members of “Gen Y” are joining them in their plans’ zero-volatility options.  If those options are returning 2%, and if their balance growth is being projected out at 7%, the DoL projections are going to tell them they are in much better shape than they actually are.

The other issue with the accumulation projections is that they are based on an assumed savings rate.  How will this number be derived?  Many participants have a level savings rate throughout the year, and from year-to-year.  However, many don’t.  Some max out early in the year and then save nothing for the rest of the year, and others save nothing until their year-end bonuses get paid.  If a non-representative savings number gets into the calculation, it can lead to very misleading results, one way or the other. 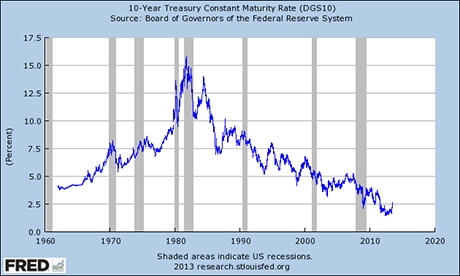 Decumulation:  There are a couple of pitfalls with this side of the proposal as well.  The safe harbor method projects out a lifetime annuity-like payout over an assumed life expectancy.  The interest rate used in these safe harbor calculations is the 10 year Constant Maturity Treasury.  Currently this rate is 2.52%.  Looking back over the 32 years the St. Louis Fed has been tracking this data, the average rate has been 6.51%.  Projecting out lifetime income at the 2.52% rate might lead to figures low enough to demoralize some participants and lead to them dropping out.

The other part of the decumulation equation is life expectancy.  The safe harbor rules allow the use of an Internal Revenue Service (IRS) unisex table with an average life expectancy of approximately 86.  However, the Social Security Administration tells us that one of every four 65 year-olds will live to age 90, and one out of ten will hit age 95.  Potentially being off by several years on the payout period could lead some participants to take unsustainable withdrawals.  The calculation is a life annuity-like method, but nobody is providing an actual lifetime annuity.

So what’s the take-away?  The DOL has a good idea, but in its proposed format, it may lead some participants to make bad decisions—actually saving less than they do today, because they get a false positive on their readiness, or dropping out because they get a sense of hopelessness.  We have an opportunity as advisers to intervene and make accurate, individualized gap analysis information available to our plan participants.  Many providers have this capability today, so it becomes part of our job to point participants in this direction so that the DOL one-size-fits-all approach doesn’t harm them.  We can proactively communicate, before the mandate kicks in, that help is available to find their “individual numbers.”  By equipping participants with the information to make solid plan decisions, we are demonstrating value to the plan and helping the participants achieve better retirement outcomes.

Jim Phillips, President of Retirement Resources, has been in the investment industry for more than 35 years, the past 18 of which have been focused in the area of qualified retirement plans.  Jim worked for major national investment firms for 14 years before “going independent” in 1990.  Jim is an Accredited Investment Fiduciary, has contributed to two books on 401(k), and his articles have been published in Defined Contribution Insights, PLANSPONSOR’s (b)lines and ASPPA’s 403(b) Advisor, and Jim is a RetireMentor on MarketWatch.com. His work has been acknowledged with multiple Signature Awards from the PSCA, he has been named to the 2012 and 2013 list of Top 100 Retirement Plan Advisers, by PLANADVISER Magazine, and he was a finalist in 2012 for the Morningstar/ASPPA 401(k) Leadership Award. Jim has been a frequent speaker at national conferences, including SPARK, ASPPA, AAO and the PLANSPONSOR and PLANADVISER National Conferences.

Patrick McGinn, CFA, Vice President of Retirement Resources, is a CFA charterholder and has been in the securities industry since 1993. In addition to the Chartered Financial Analyst designation, he is an Accredited Investment Fiduciary and a member of the Boston Security Analyst Society. Together with Jim, Patrick has co-authored a number of articles which have been published in industry publications on topics about managing successful 401(k) and 403(b) plans. His work has been acknowledged with multiple Signature Awards from the PSCA, and he has been named to the 2012 and 2013 list of Top 100 Retirement Plan Advisors, by PLANADVISER Magazine. He was a finalist in 2012 for the Morningstar/ASPPA 401(k) Leadership Award.

NOTE: This feature is to provide general information only, does not constitute legal advice, and cannot be used or substituted for legal or tax advice.