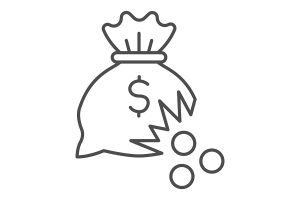 Plaintiffs have filed a proposed class action lawsuit against health insurance provider Humana Inc. in the U.S. District Court for the Western District of Kentucky, alleging breaches of the fiduciary duty of prudence required by the Employee Retirement Income Security Act (ERISA).

The plaintiffs allege that, with its billions of dollars in assets, the Humana defined contribution (DC) retirement plan has substantial bargaining power regarding the fees and expenses charged against participants’ investments. According to the plaintiffs, however, the plan’s fiduciaries did not try to reduce the plan’s expenses, resulting in the assessment of excessive fees.

The lawsuit closely resembles numerous other ERISA excessive fee complaints filed in recent years, in no small part due to the fact that the plaintiffs are represented by the increasingly well-known law firm Capozzi Adler. At this point, Capozzi Adler has been involved in a growing number of ERISA fiduciary breach lawsuits targeting employers in the health care sector, with mixed results.

“An indication of defendants’ failure to prudently monitor the plan’s funds is that two of the primary mutual funds, which, as of 2019, held more than $488 million in assets, were more expensive than comparable funds found in similarly sized plans (plans having more than $1 billion in assets),” the complaint states. “The expense ratios for these two funds were up to 200% (in the case of the Delaware Small Cap Value Class I) and up to 169% (in the case of PIMCO Total Return Fund Class A) above the median expense ratios in the same category.”

The complaint goes on to suggest another fiduciary breach occurred in the plan’s alleged failure to identify available lower-cost share classes of some of the funds offered to participants during the class period. Again, like the many other suits filed by Capozzi Adler, the complaint alleges that it is not prudent to select higher cost versions of the same fund even if a fiduciary believes—as it appears defendants here did—fees charged to plan participants by the “retail” class investment were the same or better as the fees charged by the “institutional” class investment, net of the “revenue sharing” paid by the funds to defray the plans’ recordkeeping costs.

The complaint further alleges that the overall costs paid by plan participants were impermissibly high for a plan of this size.

In addition to the allegations leveled against the members of the retirement plan committee, the complaint also seeks to draw in a number of “monitoring defendants.”

“The board defendants and Humana (the monitoring defendants) had the authority and obligation to monitor the committee and were aware that the committee had critical responsibilities as a fiduciary of the plan,” the complaint states. “As a consequence of the foregoing breaches of the duty to monitor, the plan suffered millions of dollars of losses. Had monitoring defendants complied with their fiduciary obligations, the plan would not have suffered these losses, and participants of the plan would have had more money available to them for their retirement.”

The full text of the complaint is available here. Humana has not yet responded to a request for comment about the lawsuit.