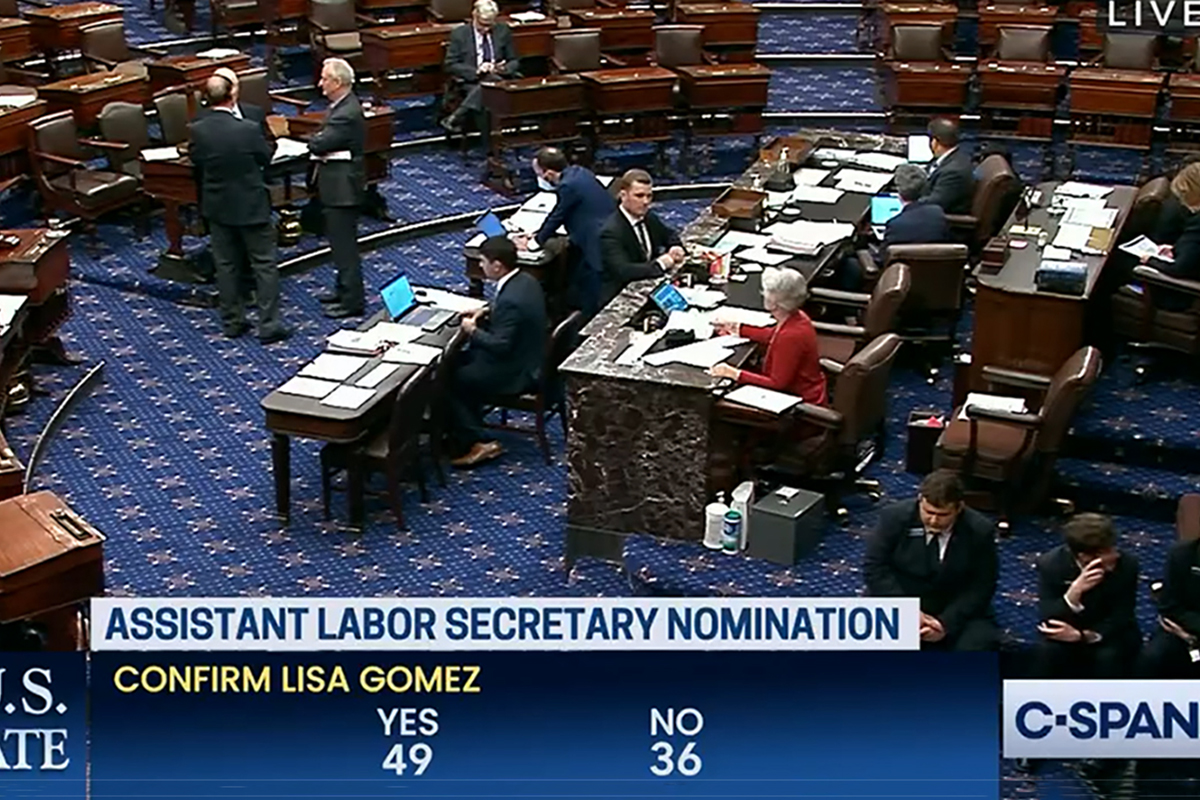 Today, the Senate confirmed Lisa Gomez as the assistant secretary of labor for the Employee Benefits Security Administration in a 49-36 vote.

President Joe Biden nominated Gomez in July 2021. A June 8 vote on her nomination failed because Vice President Kamala Harris was not present in the chamber to break the 50-50 tie.

Ali Khawar has been acting assistant secretary since March 2021.

Senator Patty Murray, D-Washington, chairwoman of the Health, Education, Labor and Pensions Committee, praised the confirmation vote in a press release this afternoon. “I’m glad we were able to confirm this highly qualified nominee to this important position overseeing employer-sponsored health and retirement benefits—a financial cornerstone for so many families in Washington state and across the country,” said Murray, who publicly lobbied for Gomez’s nomination earlier this month.