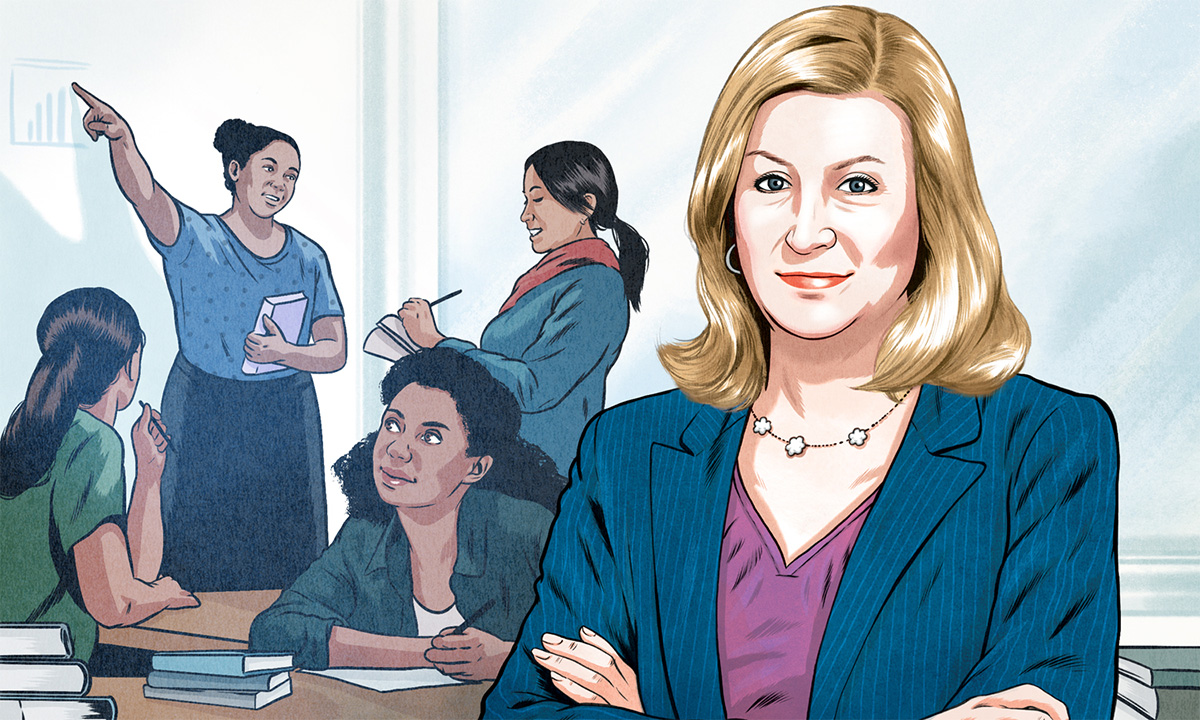 For Barbara Delaney, who grew up watching her dad serve on the police force in the nearby Bronx, giving back to that community is a natural. And to do so, she taps her own natural bent for wanting to help people with their finances.

For the past year, Delaney, a principal at StoneStreet Renaissance LLC, has volunteered to teach financial literacy in that northernmost borough, at the all-girls’ Aquinas High School.

She says she was chatting with her old college roommate, now principal at the school, and this inspired her to want to teach the students money skills. New York is one of 42 states that don’t require high schools to teach financial literacy, she notes.

The result of her inspiration was a one-hour elective class, for juniors and seniors, that takes place in a shifting schedule between one and three days a week, in which she covers budgeting, understanding credit card debt, getting a job, choosing a college major, and related topics. It has been fulfilling for both herself and her students, she says.

She also uses the opportunity, to tell them about and recommend her field. Delaney says she decided to teach the class in an all-girls school because there are so few female financial advisers.

The girls have expressed great interest in what she does as a retirement plan adviser, so she explains how StoneStreet Renaissance, headquartered in Pearl River, New York, helps participants plan for their future. “I talk to them about what we do every day and the impact we have on people’s lives,” she says. “I also tell them how being a retirement plan adviser is a meaningful career and encourage them to consider it for themselves.”

She says her students have been receptive to her instruction and that, in fact, several have expressed an interest in joining the industry. She even took the class to visit the New York Stock Exchange to give them insight into how Wall Street works and says this was eye-opening for the girls.

She says at first, they seemed a little intimidated by her. “I told them that I also am from New York and that my father was a police officer in the Bronx,” she says. “Once they learned nothing was handed to me, they began looking up to me and became more receptive.”

Delaney says she is looking into expanding the class to other high schools in the area and that her colleague, Ellen Lander, has expressed interest in teaching financial literacy to high school students as well. She says she also believes strongly that financial literacy should be a required class in all high schools and that, perhaps with her and others beginning to teach it, more schools might fall in line.
Tagged: Advisers Giving Back, financial literacy, retirement plan advisers