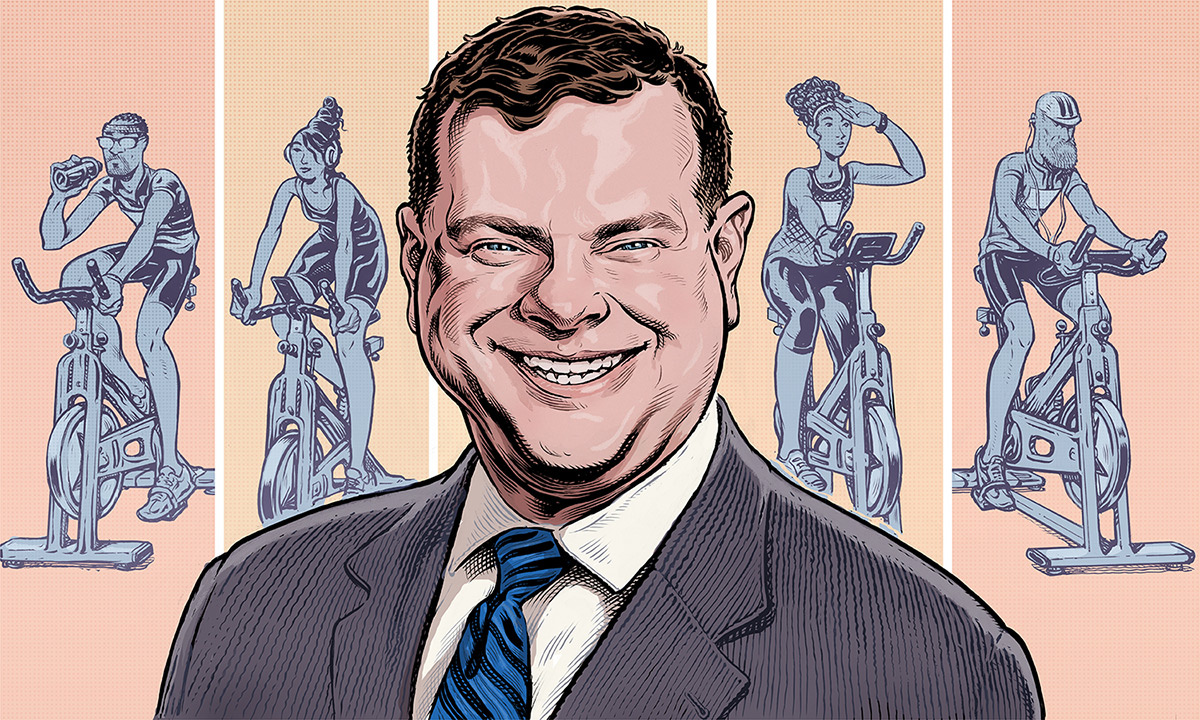 Some of the charitable efforts covered in our Advisers Giving Back profile series have been decades in the making.

For example, a few weeks ago, we shared the story of Bernadette Lanser’s work with St. Ben’s Community Meal program in Milwaukee. It was originally supposed to be a one-time thing, but, at this point, Lanser and her daughter, Erica, have spent nearly 17 years volunteering with the group. There’s also Soraya Morris at Envestnet MoneyGuide, who, despite still being a young professional herself, has already spent years mentoring finance students of diverse backgrounds at her alma mater, Virginia Commonwealth University.

At LeafHouse Financial, based in Austin, Texas, though giving back has long been an important part of the firm’s identity, the latest charitable effort has been more recent, as it started as a direct response to the coronavirus pandemic—initially taking the form of a friendly fitness challenge involving the Peloton indoor cycling platform.

“My friend Robert asked me to do a fitness challenge on Peloton over the month of May,” says Todd Kading, president of LeafHouse and an enthusiastic cyclist. “Without much thought, I posted about it on my LinkedIn page, and the overwhelming feedback we received started the idea of doing this charitable ride. The success of the event I think shows that people should use their own passions to get involved and to give back.”

After discussion with the firm’s staff and some of LeafHouse’s peer firms, the decision was made to have the charity donations raised benefit regional Court Appointed Special Advocate (CASA) programs and the Guardian ad Litem (GAL) Association for Children. As of the time of Kading’s discussion with PLANADVISER, 14 firms had agreed to participate in the ride, generating more than $11,000 in commitments tied to a month’s worth of physical activities. This includes a $5,000 kick-off donation made by LeafHouse itself. Participants had two weeks to to complete their ride, in the end of July.

Kading’s passion for this cause is clear in his discussion of the group’s mission.

“The CASA/GAL mission is very important to us,” he says. “We believe we need to take care of the most vulnerable people in our society—children and youth who have experienced abuse or neglect. On any given day, more than 400,000 children are in foster care. Imagine the uncertainty of experiencing new homes, new schools, court hearings and generally not knowing what’s next.”

CASA/GAL works to connect these children to adults who volunteer their time as caregivers, supporters and advocates. At any given time, some 93,300 CASA/GAL volunteers are working on behalf of more than 271,800 children and young people across the country.

“They change lives,” Kading says. “My mother was a CASA volunteer and we got to see the process firsthand. With the impacts of the pandemic, these kids need our help now more than ever.”

As Kading explains, CASA volunteers must go through 40 to 50 hours of training before they can begin their service. Once they are assigned a case, it can last anywhere from one to several years—and even longer in special cases.

“It’s a big commitment that these volunteers make, and we have an obligation to support them,” Kading says. “It takes a very special person to do this work, but everyone can get involved in a fitness challenge like this. We invited people to run, walk or ride—whatever they are comfortable with.”

Kading says the response to the fundraising effort has been humbling and inspiring, as well as instructive. He notes it’s shown the importance of linking financial and physical health.

“This time of the pandemic has underscored the critical connection between all types of wellness, including physical, mental and financial wellness,” Kading says. “As an industry and working with our partner organizations, retirement plan advisers have an opportunity to have a positive impact in all three areas.”