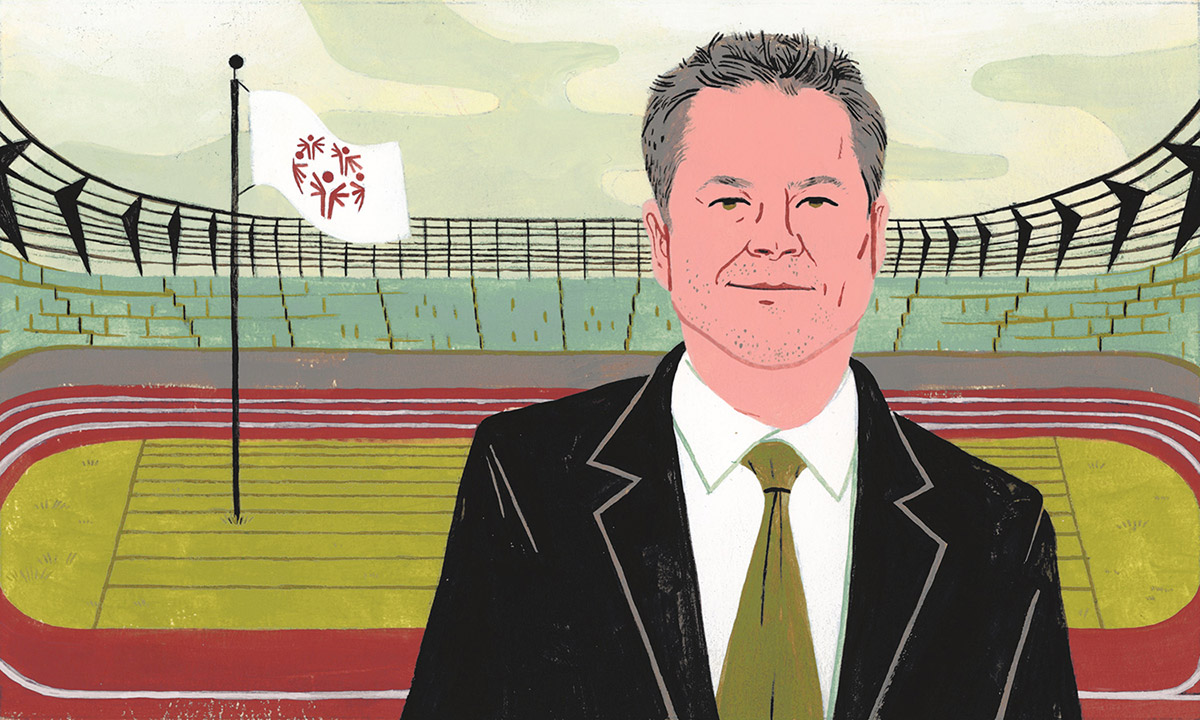 Though he doesn’t know offhand exactly when the partnership started, if he had to place a bet, Chris Mead would say at least one Gallagher office has always maintained a partnership with the Special Olympics since it was founded in 1968.

“It’s likely that we were engaged with them from the very beginning. I’m sure of that, really,” Mead, chief marketing officer at Gallagher, tells PLANADVISER. “Gallagher is a Chicago-based company, and we’ve always been engaged in our community, and, as part of that, we have made it central to our mission to give back. We’ve been engaged in different capacities with the Special Olympics for a long time.”

In this sense, Gallagher’s story closely resembles many of those told as part of the Advisers Giving Back profile series. Though not universally true, many of the profiled firms say giving back has always been a part of their DNA—perhaps because of the vision of a founder or because the ongoing success of the business itself inspired philanthropic activities. That said, it was nearly two years ago that Gallagher’s leadership came together and decided to expand and formalize the Special Olympics partnership after seeing how meaningful the relationships had become on an office-by-office basis.

“I had the pleasure of flying out and getting to meet Mary at that time, and we sat down with her team and we all broke bread together,” Mead recalls. “To me, it was plain to see that we could do something more coordinated and even more meaningful with the team at Special Olympics.”

“Gallagher has been a truly fantastic partner,” Davis says. “We can’t speak highly enough about it and the impact it has had as a partner organization. As a firm, it has a stated commitment to excellence, empathy and respect. That’s what the Special Olympics is all about: helping people with intellectual disabilities face the future with confidence and the skills they need to express their talents and abilities.”

The meetings and discussions culminated in the launch last March of a four-year global partnership between Gallagher and the Special Olympics, with the stated goal of “improving and delivering the highest quality of coach training and sports experiences that empower Special Olympics athletes with and without intellectual disabilities to face their future with confidence.”

As Davis and Mead explain, in addition to serving the athletes themselves, the Special Olympics provides coaching and mentorship training to family and community members who want to support those with intellectual disabilities. Much of Gallagher’s giving has been focused on these themes.

Davis adds that it is hard to overstate the importance of securing a four-year partnership organized on such a clearly stated goal—especially with the challenges presented by the coronavirus pandemic, which has resulted in the cancellation or postponement of thousands of in-person Special Olympics events around the world. Many events have pivoted online, Davis says, but the short-term challenges are very real.

“From a stability and continuity perspective, getting partners as committed, innovative and enthusiastic as Gallagher is incredible,” Davis says. “We don’t want to give them up too easily as partners, let me say that. We work together very well and we have a tremendous amount of momentum going in this partnership. Something else I want to say about [Gallagher’s leaders] is that they really believe in the ability of their people and their teams—and in their communities and clients—to accomplish great things. That’s very important, too. This is a partnership that is grounded in a commitment to making society a better place, with a commitment to inclusion and respect.”

Mead and Davis emphasize the widespread impact the Special Olympics can have on a given community. Simply put, bringing sports to those with intellectual disabilities lifts everyone up, creating deeper community connections and a sense of collective empathy that improve the lives of everyone, not just the athletes.

“Years ago, when this organization started in 1968, those with intellectual disabilities were plagued by stigma and purposefully excluded from society,” Davis says. “Now, in some countries even today, that still exists. It’s a part of our mission to break down those barriers where they still exist, and with partners like Gallagher, we can make that happen. It’s been an amazing journey to see how people with intellectual disabilities have claimed their place in society and in communities. That’s really as a result of the power of sport and the Special Olympics.”

Mead says the staff at Gallagher has fully embraced this vision and is thrilled to be engaged in this long-term partnership.

“It is incredibly important to our people,” he says. “Look, we aren’t passive about this stuff, not at all. We are active. It’s part of our culture and it’s part of the Gallagher way—to be participatory. We’re seeing our employees embrace this activism and activation in a profound way. Even better, there is real learning happening within our culture right now, because of this expanding partnership.”

Mead and Davis say they are already looking forward to meeting in person again. They share the hope that, with a successful COVID-19 vaccination push this year, the national USA Games scheduled for June 2022 in Orlando, Florida, will go off without a hitch.