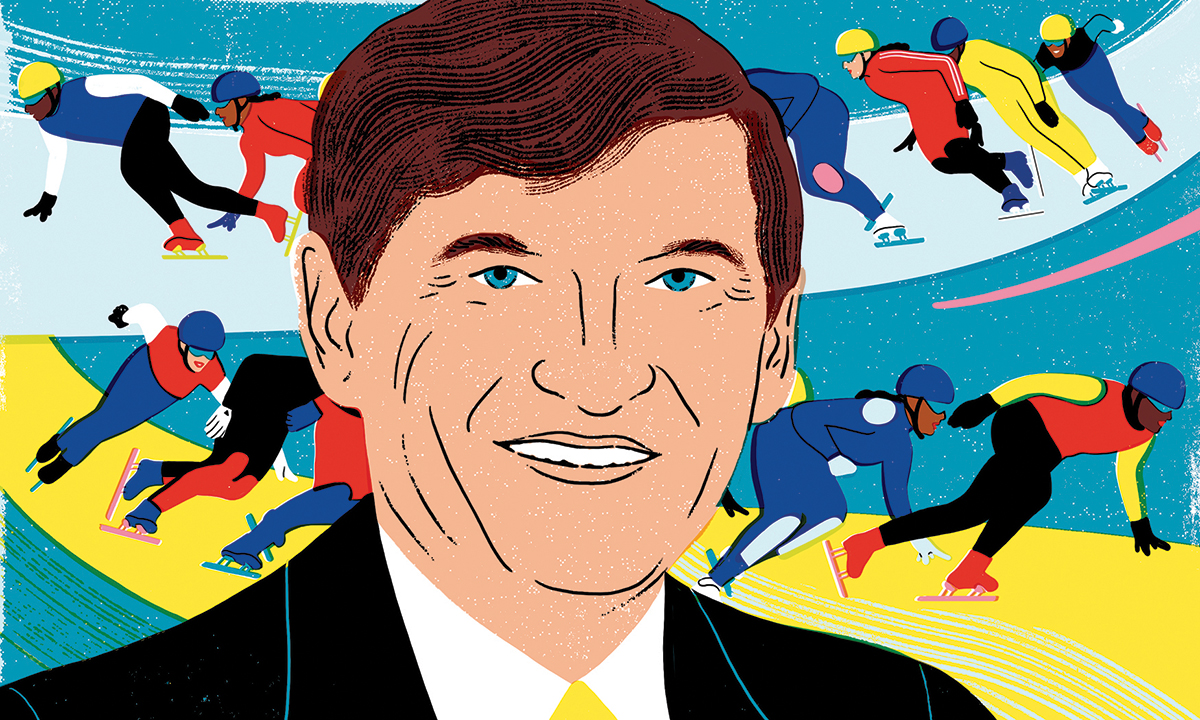 So far the Advisers Giving Back profile series has featured a range of charitable and philanthropic activities driven by leading advisers in the retirement plan services industry.

Bruce Lanser’s story is perhaps the most unique, though it is just as meaningful in its own way. Lanser, who is a financial adviser and institutional retirement plan consultant with UBS in Milwaukee, gives his time as a “starter” official for speed skating events—including elite-level competitions featuring world-class athletes and Olympians. Starters, as the name implies, are responsible for getting skaters to the start line, beginning the race and keeping an eye out for any false starts when a skater moves too early or places their skates in the wrong position.

This is in addition to some 15 years spent on the board and various committees at Junior Achievement, a youth-focused organization that seeks to “ignite the spark in young people to experience and realize the opportunities and realities of work and life in the 21st century.”

Lanser’s connection to speed skating comes through his daughter, Erica, and from the fact that it is a (relatively) popular sport in Milwaukee.

“Our daughter is why we got into this,” Lanser says. “She became a world-class skater and had a chance to skate all over the world herself. I should also mention that Milwaukee is a unique place in that speed skating is a part of the culture here, going back to the early 1900s. The club we were part of while she was skating has had someone on the Olympic team every year since the Winter Olympics were created.”

Lanser says the sport has obvious benefits in terms of physical fitness and character development for those who become elite athletes. But he also feels the sport benefits the broader community, including the many young athletes who eventually leave the sport to pursue other things.

“We have built this whole community of coaches, trainers and skaters of all ages who are being inspired,” Lanser says. “And you have officials like myself who get to volunteer and be involved. It’s very special.”

Lanser’s wife and fellow UBS financial adviser and retirement plan consultant, Bernadette, shares his enthusiasm and is also involved in the skating community. This is in addition to her longtime work at a local food bank, which will be the subject of a future Advisers Giving Back profile.

“For the athletes like our daughter and her peers, having access to this sport helped them to grow and mature as people,” she says. “Our daughter definitely had to deal with challenging situations and challenging people—you have to interact and work with people who don’t always share your same values. It’s interesting because it is an individual sport, and so those lessons are really instilled.”

The Lansers say skating—like any sport, really—teaches young people about what it means to have success and failure.

“It taught our daughter that she could accomplish what she wanted to accomplish and do so in a positive and constructive way,” Bernadette Lanser says. “It was so important that she learned to appreciate all those people who came to the rink and were there, giving their own time. I have to say that is probably the most rewarding thing our daughter got out of it—learning to recognize how much people were helping her and to be grateful for that.”

That realization is why Bruce Lanser continues to give his time back to the sport—in addition to his continued interest and enjoyment, of course.

“I got involved because I recognized that I wanted to give back to this community of people who donated their time and effort in a way that benefited our daughter so much,” he explains. “Here in our region, people know about skating. They find my volunteering to be really interesting and they ask about where I have been and the experiences I have had. I wouldn’t say it has led to new business necessarily, but it is a part of my relationship with many clients. They remember it certainly and we will connect about it.”

Along with volunteering as a skating official, Lanser has spent 15 years on the board of Junior Achievement, including stints on the executive committee and as chairman of the investment committee.

“I was chairman of the investment committee for about 10 years,” Lanser recalls. “I also served on the executive committee. During that time, we were making a lot of big decisions, including on staffing, salaries, benefits, etc. We had a major building project going on at the time, as well, so it was very dynamic. Now I am just on the board, so we get the committee reports and we ratify what they are doing.”