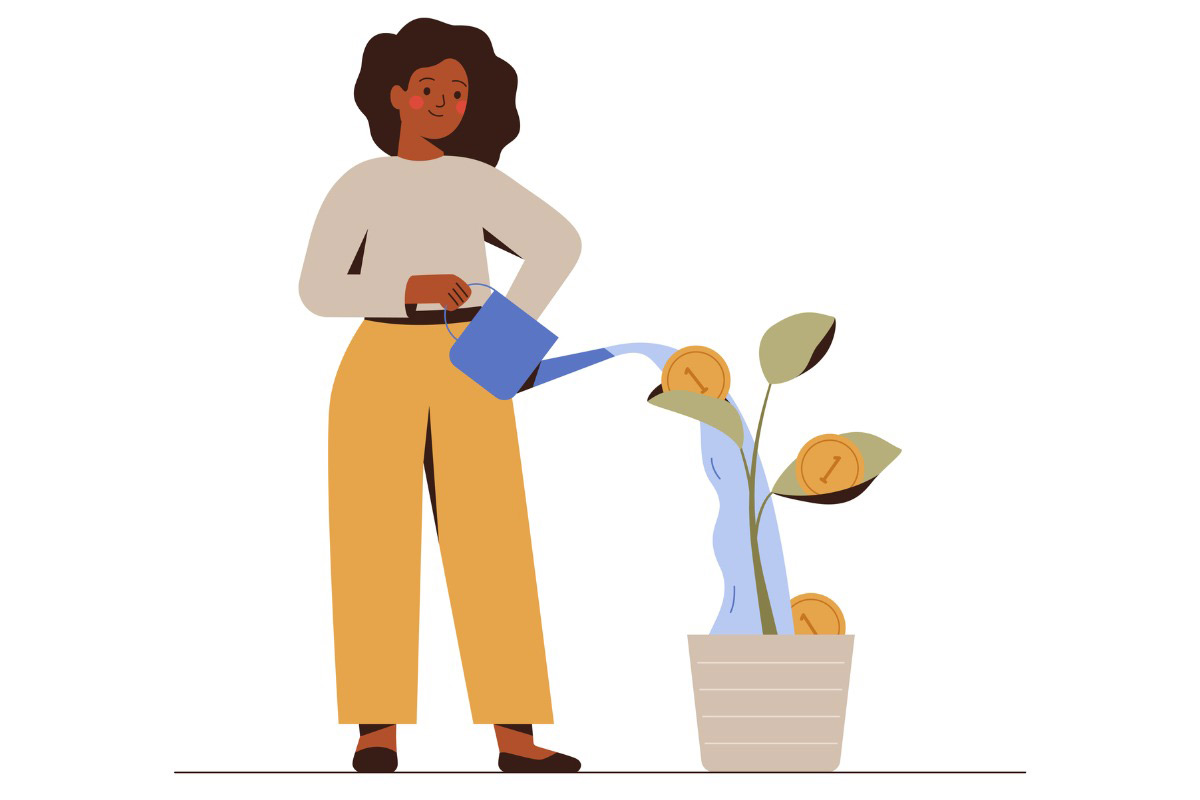 A Morningstar webinar dedicated to Juneteenth discussed the unique investing experience Black investors face and how financial advisers can help them build wealth in the near- and long-term.

Expert panelists discussed the current racial pay gap—in which, in 2019, an average Black family made just 61 cents for every dollar a white family brought in, according to federal data. They noted that the reasons for the gap are multi-layered, stemming from racism that has relentlessly impacted access to generational wealth and resources.

Rachel Robasciotti, founder and CEO of Adasina Social Capital, a Black-owned company dedicated to social justice movements and investment approaches, explained that the absence of financial wellness education in public school systems significantly affects how families act on their finances.

“Financial education is key to investing your wealth,” Robasciotti said. “We don’t have a financial wellness education that is core in the public school system, and you can imagine that the education on how to preserve wealth is passed down by [white] families.”

Efforts by Black American families to gather wealth have been curtailed for hundreds of years, beginning with chattel slavery and continuing with historical injustices, systemic inequalities and policies rooted in racism and discrimination, the panelists added.

When Black families experienced even the slightest gains in wealth, whether through the Freedman’s Savings Bank in the 1860s and 1870s or in Tulsa’s Greenwood District in the early 20th century, those means and capital were often taken from them. In the case of the Freedman’s Savings Bank, which was established after the Civil War to collect deposits from newly emancipated communities, the bank failed, in part because its white officials offered speculative loans, which affected the savings of many of its members. In Tulsa, Black Americans created a business district called “Black Wall Street” that was largely destroyed in the Tulsa Race Massacre in 1921, in which white mobs attacked residents, homes and businesses.

The “Black tax,” a term that refers to the idea that successful Black individuals might face a unique financial pressure to help family members, can also deepen this gap, Robasciotti said. “As a community, we don’t have enough money because we don’t inherit those funds that other families do,” she explained. “We’re now not only supporting ourselves, but extended families as well.”

“We have all of these competing issues that we need to take on,” added Brian Thompson, financial adviser and founder of Brian Thompson Financial LLC, a Chicago firm that specializes in financial and business planning for LGBTQ+ entrepreneurs. Thompson said financial advisers should keep in mind that solutions to the racial wealth gap are to be tailored to each family.

“It’s not a one-size-fits-all thing,” he said. “Taking into account intersectionality and race, we’re trying to figure out this problem and what this solution will look for different families.”

Robasciotti said reparations—the act of paying money and offering services to Black Americans who are the descendants of enslaved people to atone for slavery, and to those who have experienced state-sanctioned racial discrimination—are a valuable approach to decreasing wealth disparity.

“Reparations is about repair; it’s about the root of the word and it’s about what was taken from Black folks,” she said. “The finance and investment industry has a huge debt to pay.”

Robasciotti said there are reasons why the financial industry owes reparations, including the links between chattel slavery and Wall Street. Wall Street began as a slave trading marketplace and securities trading site, she said.

“What is now Wall Street was actually built by enslaved people and became the official home of the slave market for New York,” Robasciotti said. “What most people in finance don’t know is that the first American bond market started with enslaved people as collateral for lending. So, the very first mortgages of this country were not on homes, they were on people’s lives. Today, we manage in finance and distribute wealth that was largely accumulated by that theft of life and labor, and I believe that in as much as the U.S. government has reparations that are due to Black and individual families, so does the financial industry for its part in it.”

Thompson agreed, adding that reparations are only one answer to help alleviate the stunted growth Black families face in wealth.

The Role of Advisers

For advisory firms that want to help reduce the wealth gap, Robasciotti and Thompson call on these groups to hire and train more Black financial professionals. According to the Bureau of Labor Statistics (BLS), 82% of financial advisers are white. Asset management is also dominated by white men, as firms owned by white men manage close to 99% of the $69 trillion in the U.S. asset management industry, according to a 2019 Knight Foundation analysis.

“We can put Black folks in charge of directing the assets and giving advice,” Robasciotti said. “Moving the direction of assets and management of assets into the hands of women and people color is what matters.”

Recognizing the racial wealth gap is a first step to enacting change, Thompson added. “It’s important to take responsibility and be a part of the solution by going to events, changing your website, making [your practice] more comfortable for [Black investors]. We have to understand that there is a racial wealth gap, and we can all solve this.”

With the help of a financial professional, investors can create their own investment portfolios that reflect their values. Robasciotti urged investors to research and investigate the funds they are investing in, or want to invest in. At Adasina, the company conducted its own financial analysis that called out investment options for their involvement in the prison-industrial complex, immigration detention, occupied territories and more.

“There are other funds that you can invest that are well diversified and align with your values,” instead of those funds, Robasciotti said.

For investors looking to put their money into sustainable investing strategies, Thompson emphasized the importance of finding a financial professional who recognizes these values.

“In the end, your money is a tool,” he said. “Find someone that can listen—there are ETFs [exchange-traded funds] and other tools you can use.”

Experts also discussed the cryptocurrency market and the meme stocks phenomenon, starting with GameStop’s short squeeze in January. Thomas advised investors to tread carefully with crypto investments and to research them carefully.

“Make sure you’re intentional and know what you’re getting into,” he said. He advised that investors only invest 5% to 10% of their portfolio in cryptocurrency and said, from there, they can practice and see what they like. Investing in such a volatile market is also another reason as why investors should have a fiduciary on their side, Thompson added.