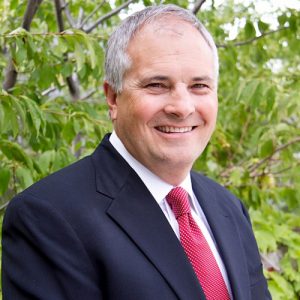 In the four short years since 401k Advisors Intermountain was named the 2017 PLANSPONSOR Large Adviser Team of the Year, the ground has shaken under the feet of the practice—but for the better, says Corby Dall, president and managing partner of the firm. Resources Investment Advisors acquired 401k Advisors Intermountain, which is based in Sandy, Utah, shortly after the practice won the award, and then, last February, that company was bought by OneDigital.

“These companies have given us a much deeper bench and access to tools and services,” Dall says. “As a result, we have grown our client base considerably.” In 2017, the practice had $3.2 billion in assets under advisement (AUA) with 140 plan sponsor clients and, today, it’s reached $3.9 billion in AUA spread across 165 clients.

The acquisitions have also “grown our ability to do one-on-one meetings with participants exponentially,” Dall adds. “We can train employees on how best to meet their individual financial goals, help them reduce their financial wellness woes and get them to appreciate the need to live within their means.”

While 401k Advisors Intermountain first began offering financial wellness programs to its clients in 2016, “it is now the core focus for us,” Dall says. “It is super rewarding. It is so much fun to have the ability to positively affect more and more individuals, especially during these crazy times,” he adds, referring to the COVID-19 lockdowns and the layoffs and furloughs many employees are experiencing.

With plan sponsor and participant meetings taking place virtually via Zoom, the practice’s advisers have more time to devote to the one-on-one meetings since they don’t have to travel, Dall says. And, because they are handled virtually from people’s homes, spouses and other family members can be included in the discussions. “That has been a game changer,” he says.

Having experienced two acquisitions in just over three years, Dall says he views the industry as moving to a “giant evolution toward aggregation. I have seen a lot of my friends become part of a bigger picture, or part of an aggregator. That said, I don’t think there is the fear that if you are not with a big guy you cannot compete, as much as there is a growing realization that aggregators and larger practices offer the opportunity to create scale and synergies with like-minded individuals, which is why I did it.”

Dall says he is very optimistic about future prospects for the retirement planning industry. “I don’t think advisers will ever become dinosaurs and go extinct,” he says. “Participants will continue to have a need for relationships with financial planners, and someone has to have that ability to deliver. In fact, I feel energized about the future.”

Dall says his entire team has been able to continue to service participants and plan sponsors seamlessly from home since the COVID-19 restrictions began last March. However, prospecting has been a challenge, he admits.

“The only way we have picked up new clients has been through introductions from close friends and clients,” he says. “It just is not going to happen virtually without a super warm introduction.”

Besides the practice’s advisers having more time to offer one-on-one participant sessions, Dall says he has found he can conduct up to four committee meetings in a day, rather than just one or two, since he doesn’t have to travel physically to different locations.

Since the pandemic hit, 401k Advisors Intermountain has made it a point to “work more closely with the human resources [HR] departments at our clients to help them communicate to employees how great their entire benefits suite is and to be more appreciative of the 401(k) company match and put more money away,” Dall says, adding that with the job market very tight in Utah, it is important to help clients attract and retain talent. “That has been a huge focus for us the past year,” he says. “The next step is helping participants feel confident about their ability to retire.”