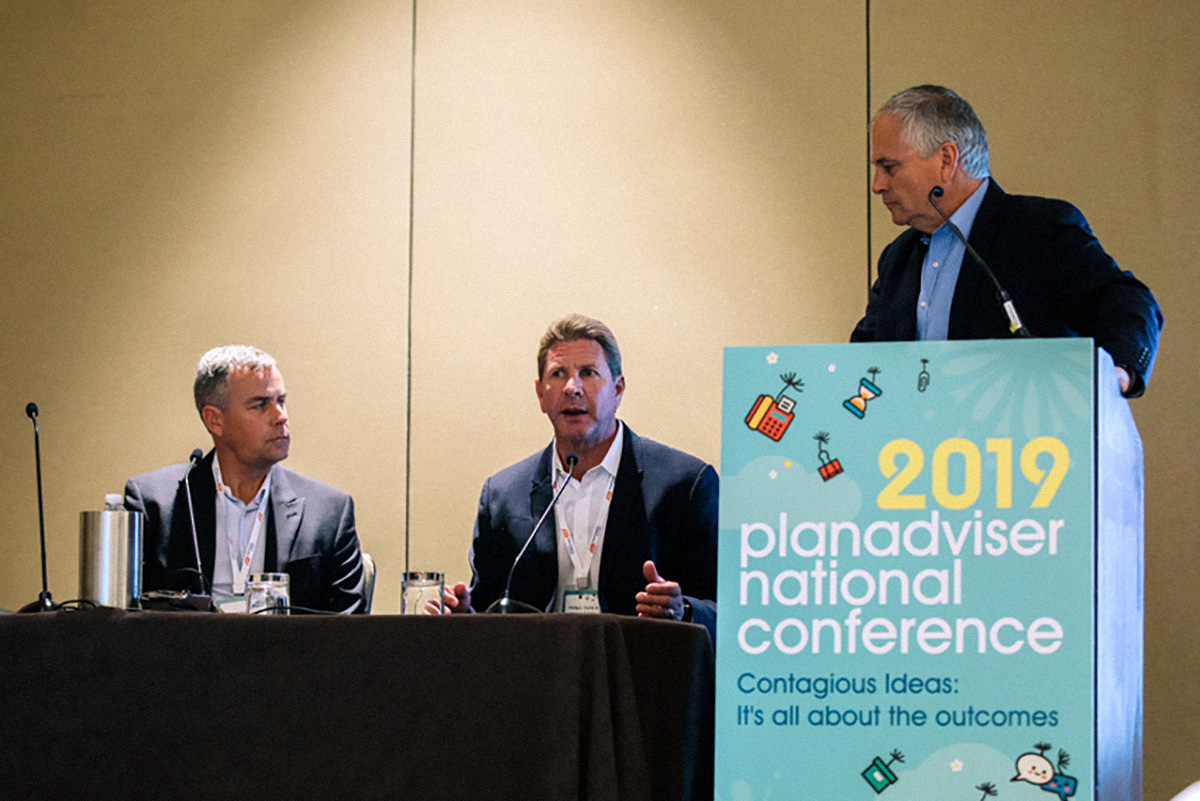 In “The Value of Supplementary Plan Options,” a session at the 2019 PLANADVISER National Conference (PANC), Jeff Roberts, regional channel manager for ADP, and two others, shared how to underscore that value to clients. In describing the most widely used of the options, nonqualified deferred compensation (NQDC) plans, Roberts noted these advantages: “[The plans] defer compensation for highly paid employees and help them save more for retirement voluntarily, while their employer can make contributions without discrimination testing.

“You want to have this conversation with your plan sponsor clients before a competitor does,” he advised. “And if you don’t have the expertise in this area, you can bring in an expert.”

To broach the subject with clients, Roberts suggested asking them, “‘What keeps you up at night? What are your goals?’ The answer might lead to deferred compensation [plans],” he said.

The best prospects for the plans are “profitable companies that are full taxpayers paying robust salaries,” said Phillip L. Currie Jr., managing partner with Fulcrum Partners. He also noted that advisers could approach companies that already have the plans, as these might need improvement.

Other potential targets are companies with 401(k) plans “that don’t have a safe harbor and are sending checks back to their executives,” added Corby Dall, president and managing partner at 401k Advisors Intermountain, and panel moderator.

It is entirely possible to partner with an outside firm that’s an expert on NQDC plans and still maintain the integrity of your brand, Dall said. Since he met up with Fulcrum Partners during a request for proposals (RFP) and the two firms decided to partner, 401k Advisors Intermountain has “annihilated the other advisers in the running,” he said, adding that he was glad he was “smart enough to partner with someone who has the expertise. We are stronger together and have had some smashing success serving CEOs, CFOs [chief financial officers] and COOs [chief operating officers], while my independent wealth management team then works with them” alongside the NQDC plan.

“These employees are super-grateful to put enough money away for retirement while saving on tax money,” Dall said. “These assets are now super-sticky.”

NQDC plans can be structured in a myriad ways, which can be particularly beneficial for “small plans that are startups,” Roberts said. “These small plan sponsors know they can compete for talent with other, publicly traded companies offering stock equity compensation. You can offer a deferred compensation plan with phantom stock that looks like the benefit of a larger company.”

Still, there are some downsides to NQDC plans. Companies’ tax deductions for their contributions to the plans are delayed until the money is withdrawn, which could be 20 to 30 years down the road, Roberts said. “And all of the money that accumulates is a ‘promise’ from the company, so, should it go bankrupt,” the employee loses out on that money, he said.

There are legal maneuverings to avoid these two caveats, such as pooling NQDC plans or reassessing the health of the company in installments, he said, adding these are complicated to explain in detail.

He therefore recommends that advisers “describe NQDC plans as ‘similar to 401(k)s’—something they’re already familiar and comfortable with.”

As to how NQDC plans differ between the micro and the mega NQDC plan markets, in the former, 90% of the balance is company vs. employee contributions, and in the latter it is the opposite, Dall said.

He stressed that the 300 NQDC plans that 401k Advisors Intermountain serves are each unique, because there is considerable flexibility in how such plans are set up. “It’s a process, not a product,” Dall advised. “Look at restrictive stock and vesting, decide which types of compensation qualify,” he said. “Is it a C-corp, an S-corp or an LLC? Also, do rabbi trust analysis.”

Finally, to nudge the prospect toward a sale, talk about what the company’s peers offer their highly compensated employees (HCEs), Dall suggested. “It will either make them angry—or jealous.”

At the mega end of the market, the process gets more complicated when selling a company on an NQDC plan, Currie pointed out. “You have to deal with human resources [HR], finance, legal and the chief financial officer [CFO]—and each conversation is different,”

As to where to find information on competitors’ NQDC plans, publicly traded companies describe the details of these plans in their proxy statements, Currie said. “Outside of that, we go to survey data.”