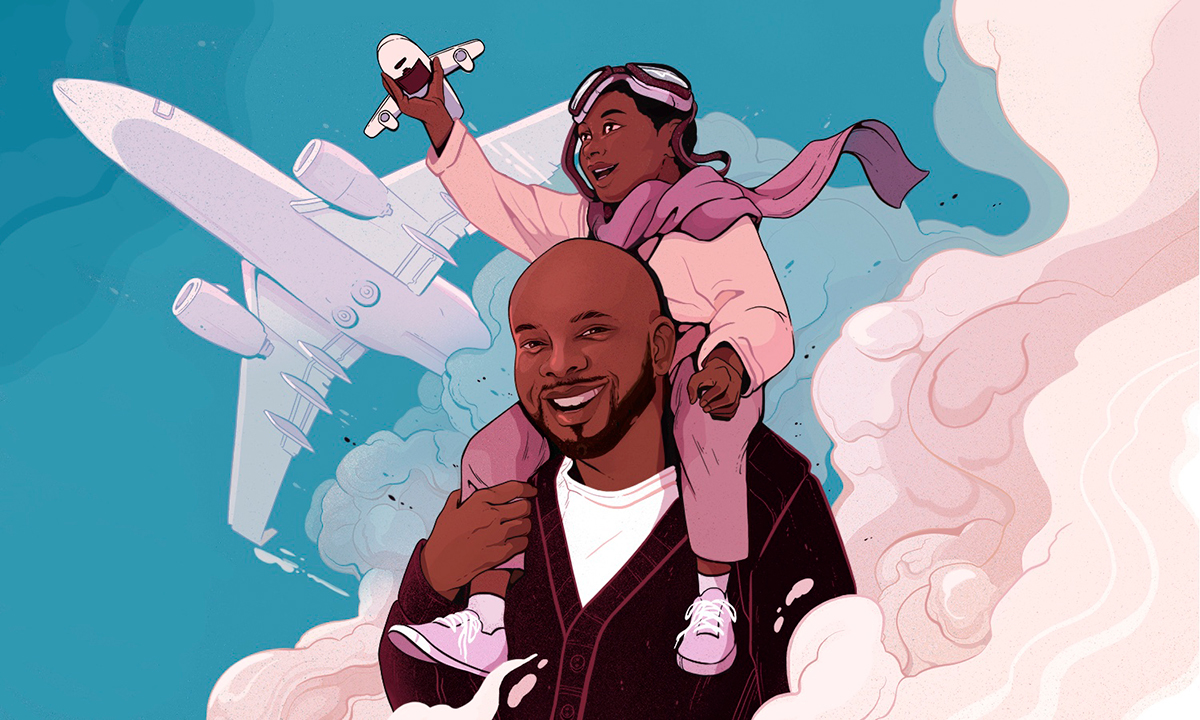 Following a career as an adviser at Merrill Lynch, Winfred Boyce Jr. moved over to Compass Financial Partners in March, taking on the role of associate director of financial wellness.

Boyce says he loves the new gig and its focus on education and holistic wellness—and the fact that he gets to interface with a diverse and dynamic set of retirement plan investors on a daily basis. So far, the role has been more or less completely remote, as a result of the ongoing coronavirus pandemic, and Boyce says he looks forward to the time when in-person meetings are possible again. In the meantime, he has just passed the Certified Financial Planner (CFP) exam and says he looks forward to applying his new skills in remote wellness sessions.

One thing Boyce has carried forward from his time at Merrill Lynch is his service to the Atlanta Chapter of the Tuskegee Airmen, which started back in 2012 after he was invited by a fellow adviser to attend a meeting.

“I was blown away by that first meeting and I immediately wanted to join up,” Boyce recalls, noting that he is not necessarily a history buff or an aviation fanatic. “The impact they have on kids in the Atlanta community is absolutely incredible.”

As Boyce explains, the Tuskegee Airmen organization, through its many chapters across the U.S., is dedicated to education and community service conducted according to the spirit and traditions of the Tuskegee Airmen, who are remembered and celebrated as the first African American military aviators and who fought in World War II. As detailed on its website, the organization’s overarching goal is to assist students in developing positive attitudes, character and leadership skills.

“Our youth programs are centered on aviation careers and education,” Boyce says. “The programs are designed to inspire young people to improve their academic performance, character development and citizenship. We base our curriculum on the STEAM model, which covers science, technology, engineering, arts and mathematics.”

Boyce is no longer the youngest member of the Atlanta Chapter, but he was at one point.

“When I first started serving the group, there were actually a few members of the original Tuskegee Airmen still attending,” Boyce explains. “At that time, I was the youngest member of the organization, and over time they began to rely on me a lot to do a lot of the heavy lifting of running the organization.”

Then, as now, the work involved helping to plan and execute both classroom-based and experiential education sessions related to the field of aviation. These are typically organized into weeklong seminar programs for groups of 12 to 15 kids at a time, and Boyce emphasizes that it is not just about making kids consider becoming a pilot.

“We help to show them all of the many career opportunities involved in aviation, beyond being a pilot,” Boyce says. “There are opportunities to become a mechanic, for example, or an air traffic controller, or to work on the administration side. In fact, we have a number of students who have gone on from our programs to find employment in the aviation field, and none of them are pilots.”

Boyce credits Delta Air Lines for being “an incredible and indispensable partner” to the Atlanta Chapter of the Tuskegee Airmen. The company not only provides classroom space, staff expertise and financial resources to the education program, it also makes possible the “dream fights” that cap off the weeklong education seminars.

“Delta makes it possible for us to bring the kids on a real flight, back and forth, from Atlanta to the nation’s capital in Washington, D.C.,” Boyce explains. “This firsthand exposure to the field of aviation is so important for our students. Many of them might never have been on an airplane before, in fact. These are not kids who are coming in from highly privileged backgrounds.”

In this sense, Boyce says, he sees a lot of himself in some of the kids who participate.

“Frankly, when I was growing up, the big opportunities I learned about were becoming an athlete, doctor or lawyer,” he says. “I certainly didn’t learn about the aviation field, and in fact I didn’t learn about the possibility of being a financial planner until after I graduated from college. In a way, the exposure and mentorship involved in these kinds of programs is the most important part.”

Stepping back, Boyce encourages his retirement industry peers to find their own passion project and to give back.

“I will add that volunteering and giving back are a great way to meet new and interesting people,” Boyce says. “Especially if an adviser is new to an area. Getting involved is an opportunity to broaden your network and meet people with common interests. It’s an opportunity to show your character and to put your best foot forward. Go for it!”